Kids still caught COVID over winter break, according to CMS data released Tuesday. But they reported a fraction of the cases versus when students were in person. 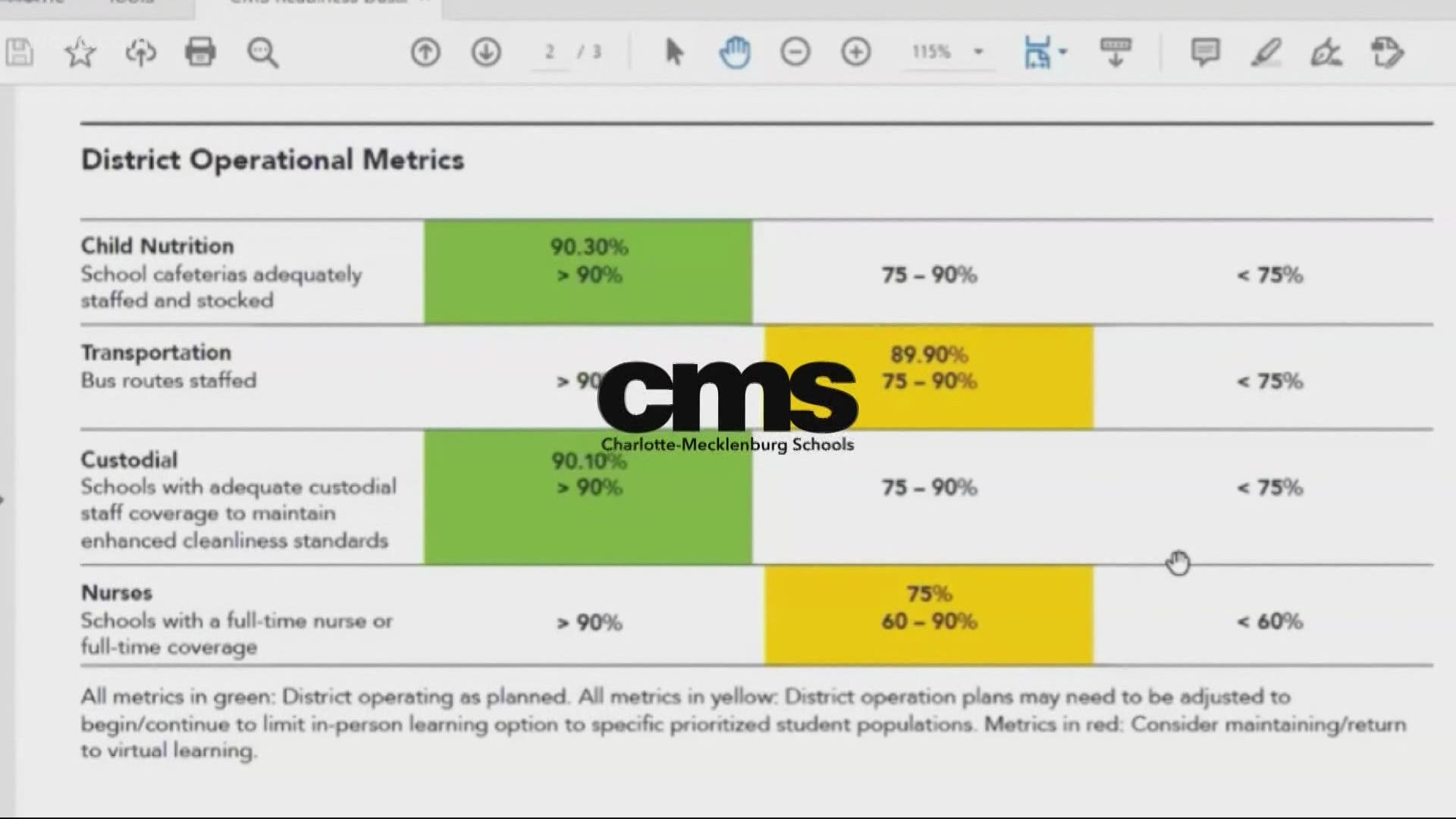 CHARLOTTE, N.C. — Charlotte-Mecklenburg Schools relied on parents to alert them of students with confirmed cases of COVID-19 over winter break. Numbers released Tuesday showed case counts were much lower than previous recent reports.

The data showed 48 schools had at least one case; one school, Metro School, had a cluster of 5 or more related cases, district officials reported.

The reported cases among students were much higher when some children were still in school the week of December 12th. According to a previous CMS data report, 62 students tested positive the last week before winter break, compared to the 27 that reported positive tests during vacation.

New @CharMeckSchools COVID-19 data release: 27 students reported testing positive over winter break; 69 staff members positive. These cases are spread out across 48 schools. Big question here: how many people were positive and just did not report to schools because of break? pic.twitter.com/VV53bBv2G4

“As they were notified of cases both for staff and students, they reported them per our protocol,” Elling said.

A CMS media relations specialist said Tuesday that families were expected to self-report cases, and the school system remains confident in the validity of the data.

“We have seen nothing that indicates families are not reporting accurate data,” Yaviri Escalera said.

Case counts within the Mecklenburg County community overall for the same period were in the red/critical category. According to the dashboard, there were 480 cases for every 100,000 people. An ideal rate would be fewer than 10 cases.

RELATED: CMS board votes to transition Pre-K and special needs students back to remote learning