CMS said 57,000 students have now had at least one day back inside the classroom. They say that number will grow to 83,000 over the next two weeks. 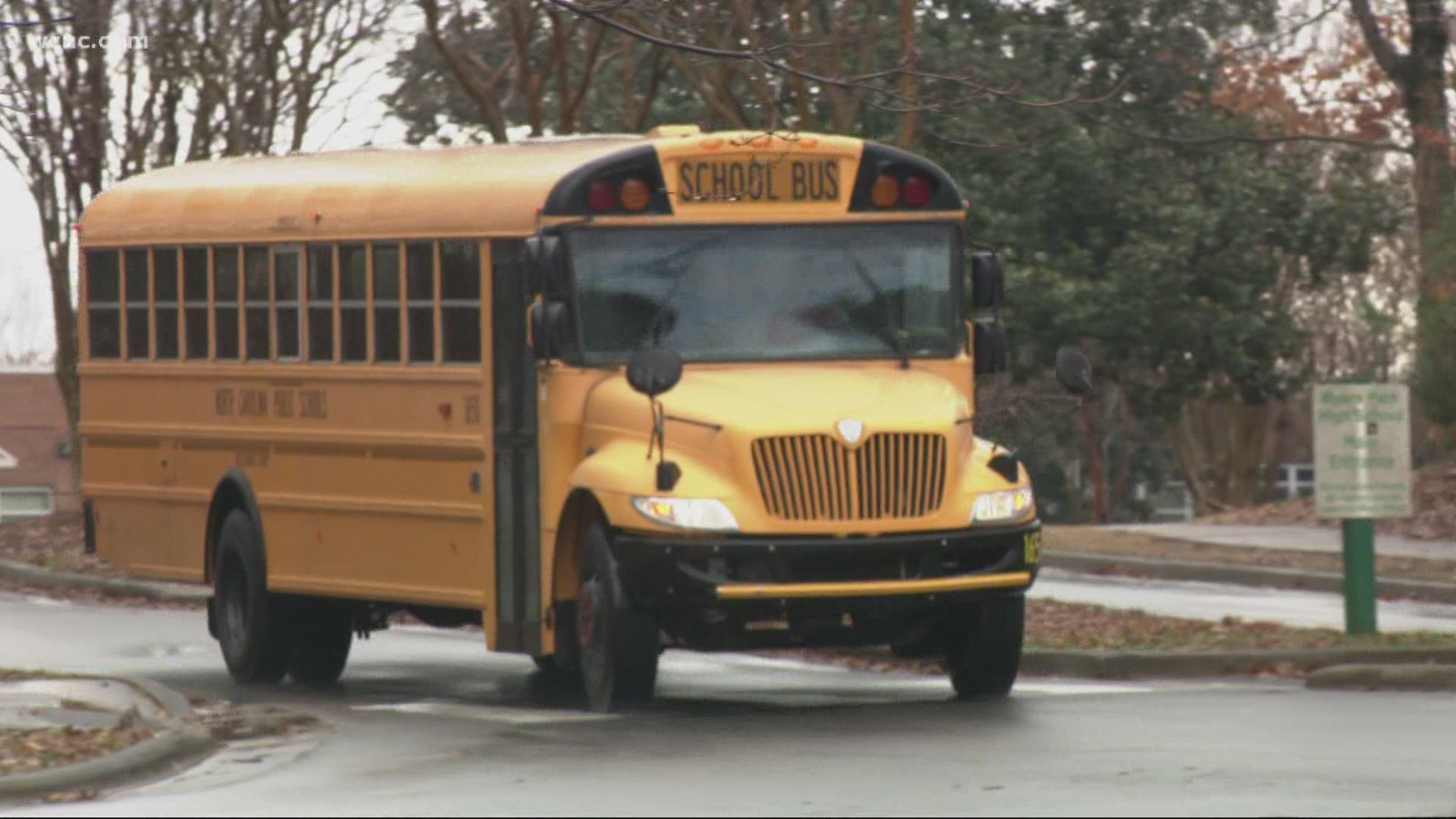 CHARLOTTE, N.C. — Charlotte-Mecklenburg Schools welcomed more than 13,000 middle and high school students back into classrooms Monday for in-person learning. It’s the first time these students have been on a school campus in nearly a year.

Students who are grouped in rotation B are scheduled to return March 1, with group C to return March 8. The students will then attend school in-person for 1 week, followed by two weeks remote.

The phasing-in of middle and high school students comes just one week after the district welcomed roughly 44,000 PreK-5, K-8, and Exceptional Children students back into classrooms.

In total, CMS said 57,000 students have now had at least one day back inside the classroom. With B and C middle and high school rotations returning over the next two weeks, they say that number will grow to 83,000, resuming in-person learning, although on a rotational basis.

They say 61,000 students have opted to remain in the Full Remote Academy, bringing the district’s total enrollment to around 144,000.

“We’ve got a lot of rebuilding to do, and I’m just excited to get to it, we’re back in the classroom, we can’t waste a second of time right now,” said Elyse Dashew, who serves as the chair of the Charlotte-Mecklenburg Board of Education.

“It’s been amazing actually, I mean I know there was a lot of apprehension as to, ‘what is it really going to look like?' And it’s peaceful in the schools I’ve been in,” Dashew said.

RELATED: Over 1,000 Iredell-Statesville Schools employees to be vaccinated this week

Charlotte-Mecklenburg Schools are preparing for more students and teachers to return to the classroom on Monday. https://t.co/tHYpfVDymb

In addition to serving on the board of education, Dashew is a CMS parent herself.

“I’m a parent too, my son is a senior, and today was his first day back in the schoolhouse,” she said, adding that she hopes everyone follows the strict safety protocols put in place.

According to the district, students returning will have to fill out a symptom screener form every day before class starts. Families are encouraged to fill it out online, but school staff will have forms available.

Temperatures will also be checked before walking into school, face masks are required and lunches will be staggered with a touch-free checkout.

As for bus riders, there is a special bus form that needs to be filled out weekly.

“It was, I guess, disappointing,” said high school junior, Carinthe Greene, who spoke to WCNC after her first day back.

Greene said the return to in-person learning was not quite the return she had hoped for. She said even though she was back in school, much of her day was still spent in front of her computer.

“Even at lunch we had to be 6 feet apart and classes, since there are different groups it was very minimal, there were like 3 people in my classes,” she said.

“I had some classes with only like five people in them,” said freshman Landon Estile, who said the isolation of remote learning carried over to the classroom.

“I’m very sad about that, it’s an introduction year, it’s where I get to meet a lot of new people,” he said.

RELATED: Can a job require workers to get vaccinated?

But where socialization may lack, these students say nothing beats being face-to-face with their teachers.

“In math going over problems was a lot easier to figure out than going through zoom, because I was just there,” Estile said.

The return for high school students was a stark contrast to the experience elementary school students say they had. After returning last week, several elementary-aged students spoke to WCNC and were radiating joy, saying they were beyond excited to be back in the classroom surrounded by all their friends and their teacher.

“Our goal was to return to some semblance of normalcy and for us, that’s where we’re at right now,” said CMS Superintendent Earnest Winston, “That’s not to say that if everything goes well that we won’t consider or make any recommendation to bring back more students on a more frequent basis. It’s important to first get kids inside the buildings, many of whom have not been in school for nearly a year.”

Winston said he’s proud of the district’s progress, saying he too is a CMS parent.

Out of the 18 largest school districts in the country, Charlotte-Mecklenburg Schools is among the last few to offer an in-person option, something the superintendent of Union County Schools took a jab at last week on Twitter.

Asked today, what his response was, superintendent Winston said, “The most important thing is to partner with our local health department and we do that on a regular basis, we consult with one another, we are looking constantly at the metrics.”