“Seniors are wanting to have that experience of walking across the stage, so that’s where all that frustration is at,” said high school senior Zahria Sanders. 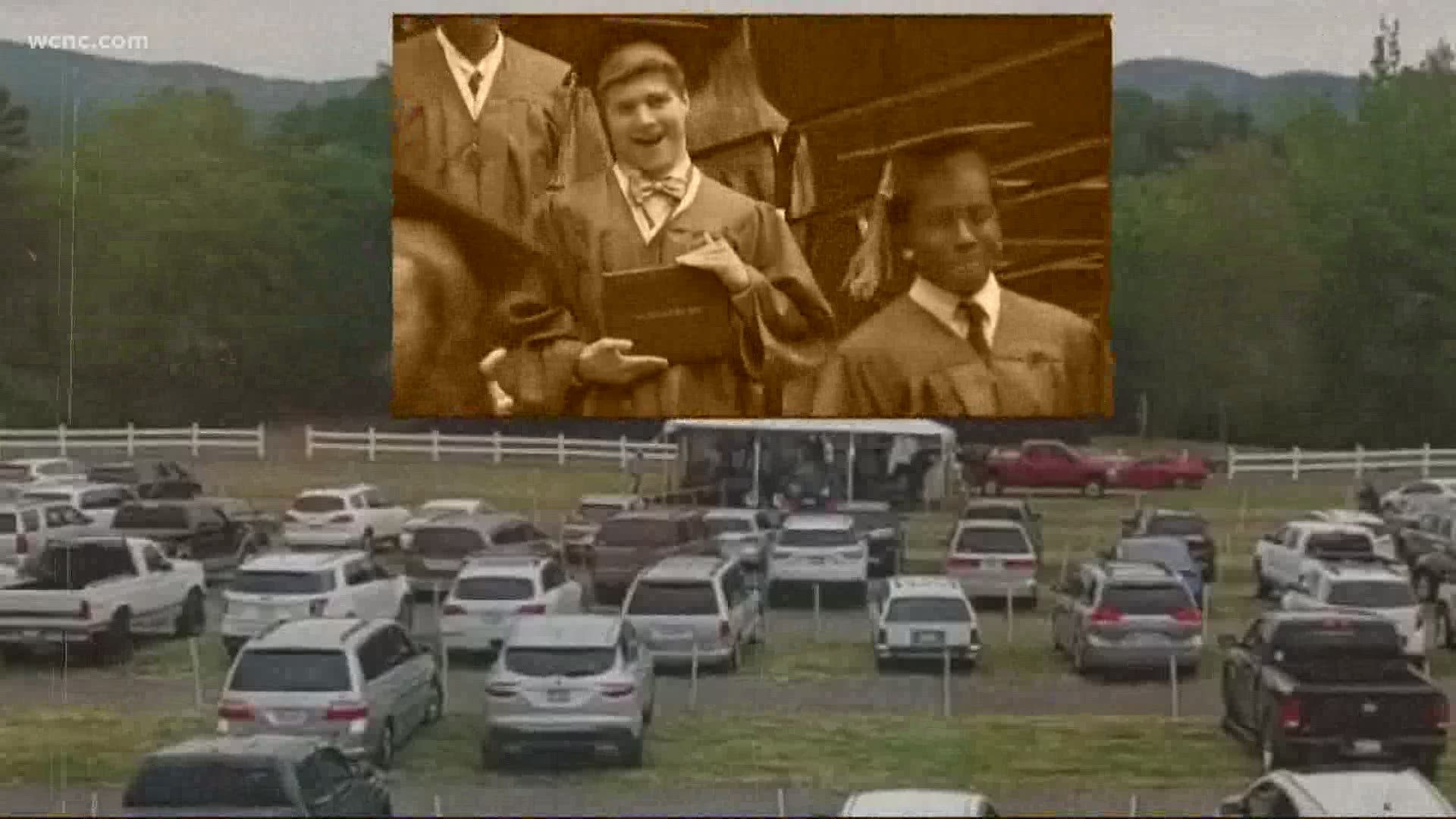 MECKLENBURG COUNTY, N.C. — Some graduating seniors at Charlotte-Mecklenburg Schools are calling on district leaders to go back to the drawing board when it comes to how the district might hold graduation ceremonies.

On Friday, the district’s graduation task force sent students a survey, presenting them with three graduation ceremony options, all of which would be virtual.

But some students say they are disappointed the district chose not to include any in-person ceremony options in the survey.

“Seniors are wanting to have that experience of walking across the stage, so that’s where all that frustration is at,” said Zahria Sanders, a senior at Phillip O’Berry Academy.

Vance High school senior, Maura Crenshaw says she too was disappointed an in-person option wasn’t given in the survey and started a petition on change.org, asking CMS officials to reconsider.

“It’s just not the same as being in-person and feeling like you’ve accomplished something, that there’s adrenaline pumping through my body, telling me like, you made it!” says Crenshaw.

From parades to TV shout-outs, communities across the Carolina’s have been finding ways to celebrate the hard work and accomplishments of the graduating class of 2020.

Monday, seniors in Union County began picking up their caps and gowns. “Hopefully this is giving them the idea that with these caps and gowns in hand, there’s still more to come,” said Weddington High School principal Jay Jones.

Official graduation plans have not yet been announced for Union County Schools, but in Fort Mill, modified graduate-only ceremonies are already on the calendar for June 4 and June 5.

Instead of a stage, seniors will be walking across their high school football field.

On the school district’s website, it says the ceremonies will be attended by the graduates only and streamed live on the internet for families to attend virtually. They say students will be seated on the field in the stadium at a proper distance to maintain social distancing protocols.

Officials say the ceremonies will include the traditional student speeches, conferring of diplomas and the turning of the tassel ceremony.

In Cabarrus County, graduates will be driving across the finish line -- literally – at the Charlotte Motor Speedway June 12 and 13.

“Our teachers and our students and our parents have worked hard over the years to get to this point, and to me, hard work deserves hard work,” says Rod Ruth, the principal at Clover High School.

Ruth says his students will have a graduation ceremony fit for the big screen after the school partnered with Hounds Drive-in movie theater in Kings Mountain.

RELATED: Drive-in graduation to be held for Clover High School

We’re told each student will arrive in a car with their family. The students will then get out and stand 8 feet apart, where they’ll be allowed to walk across a stage in their cap and gown to pick up their diplomas.

It’s this same creativity Sanders and Crenshaw say they were hoping for after the district announced it would be creating a graduation task force.

Instead, both say they feel their voices were not heard.

Sanders says one of the most popular ideas amongst seniors at her school is to hold graduation ceremonies outside at each school’s football field. She says the ceremony can be streamed for family, or students could be given restrictions and only allowed two guests.

For larger schools, she says ceremonies can be held over a couple of days, based on alphabetical order, to maintain proper social distancing.

If individual school sites won’t work, she says similar to other district partnerships, she says one possibility would be for CMS to ask to use Bank of America Stadium.

“For some seniors I know it will be their first and last time walking across a stage and they want their parents to see that and sometimes it is an accomplishment for parents who didn’t get to graduate high school to see their child graduating and actually walk across the stage,” Sanders said.

The CMS graduation task force is expected to present the results of their survey at Tuesday’s Board of Education meeting.

WCNC Charlotte also reached out to CMS asking if the district would take the petition into consideration and possibly offer an in-person option, but CMS has not yet responded.

In a separate note sent by CMS Superintendent Earnest Winston to parents, he explained that CMS would graduate nearly 10,000 seniors and more than 102,000 guests at 31 graduations across the county, saying the largest graduating class this year is nearly 790 seniors, which he says makes alternate and safe locations extremely difficult to find.

After her mom’s stroke, Charlotte nurses teaching others the warning signs