Superintendent Clayton Wilcox told NBC Charlotte last year after approving more of these units that the district is not able to keep up with the growth through new construction. 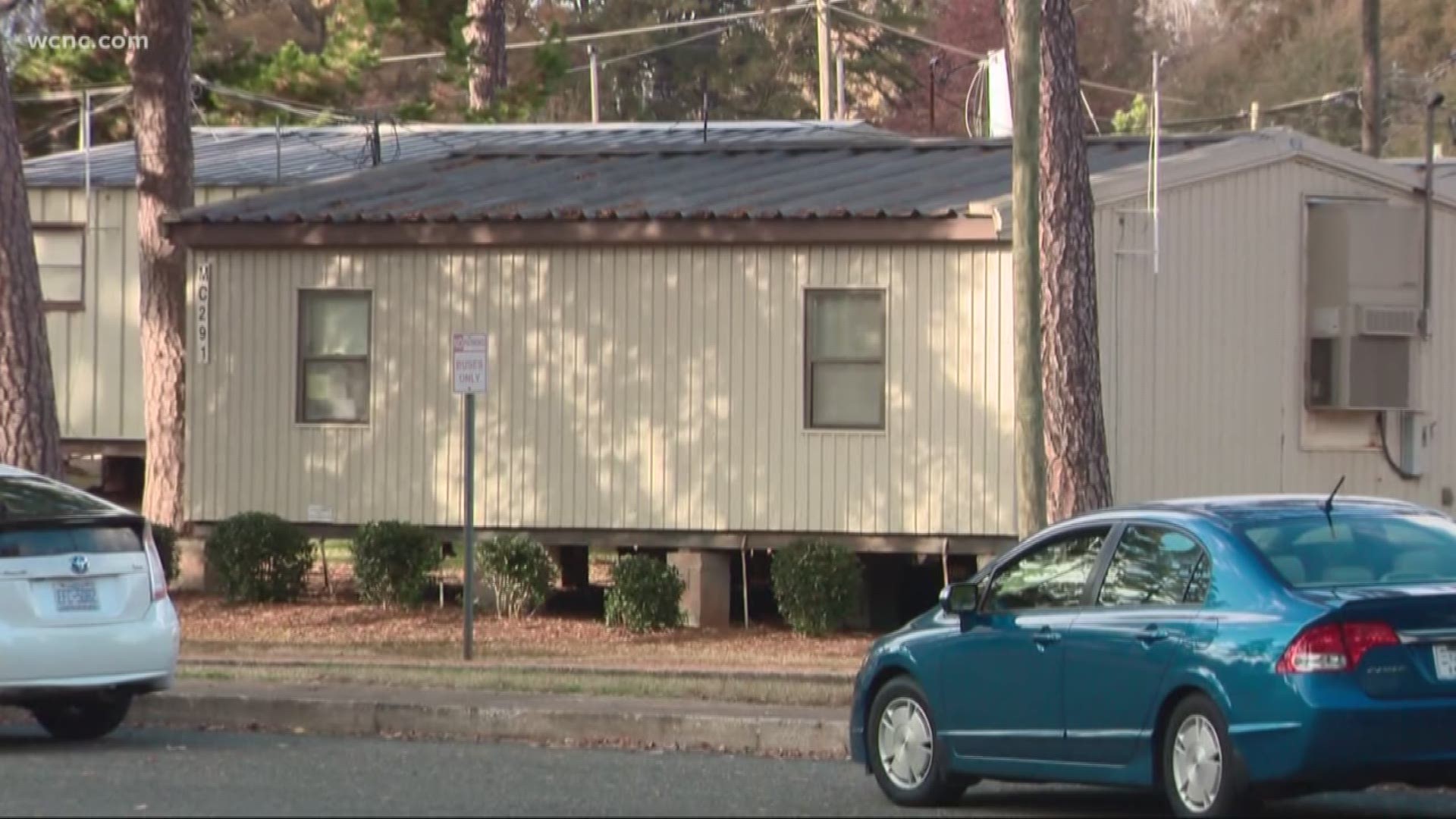 CHARLOTTE, N.C. — The Charlotte-Mecklenburg Schools Board of Education is looking to add more mobile classrooms and mobile restrooms to campuses across the area.

At Tuesday night's meeting, the board looked at installing or relocating 32 mobile classrooms and 12 mobile restrooms at 10 schools. A majority of the schools listed are elementary schools. The board approved this at the meeting.

"We are adding a lot of mobiles,” said Sean Strain, CMS board member for district six. “That is both due to the growth of the attendance numbers in a number of our areas and partially due to the preparation for reducing our K-3 class sizes."

Strain said the district is faced with a new state mandate from the General Assembly to reduce the class sizes between kindergarten and third grade to improve outcomes. It has resulted, according to Strain, in a need for more classroom space in some elementary schools.

The district already manages more than 1,200 mobile classrooms and about 150 mobile restrooms.

Superintendent Clayton Wilcox told NBC Charlotte last year after approving more of these units that the district is not able to keep up with the growth through new construction.

"We're going to have to for the foreseeable future add mobile classrooms, mobile bathrooms, rearrange some on different campuses,” Wilcox said in 2018. “That's just a fact of life in CMS today."

Voters approved nearly a billion dollars in bonds in 2017, hoping to relieve some of the overcrowding in the long-term plan.

"We've gotta keep up with the growth in that area,” Strain said, “and make sure that our facilities support the education of those students."

He was driving down the road with his family. A tree fell on the car and killed him.