CMS to start next round of safety screenings; 10 high schools randomly selected 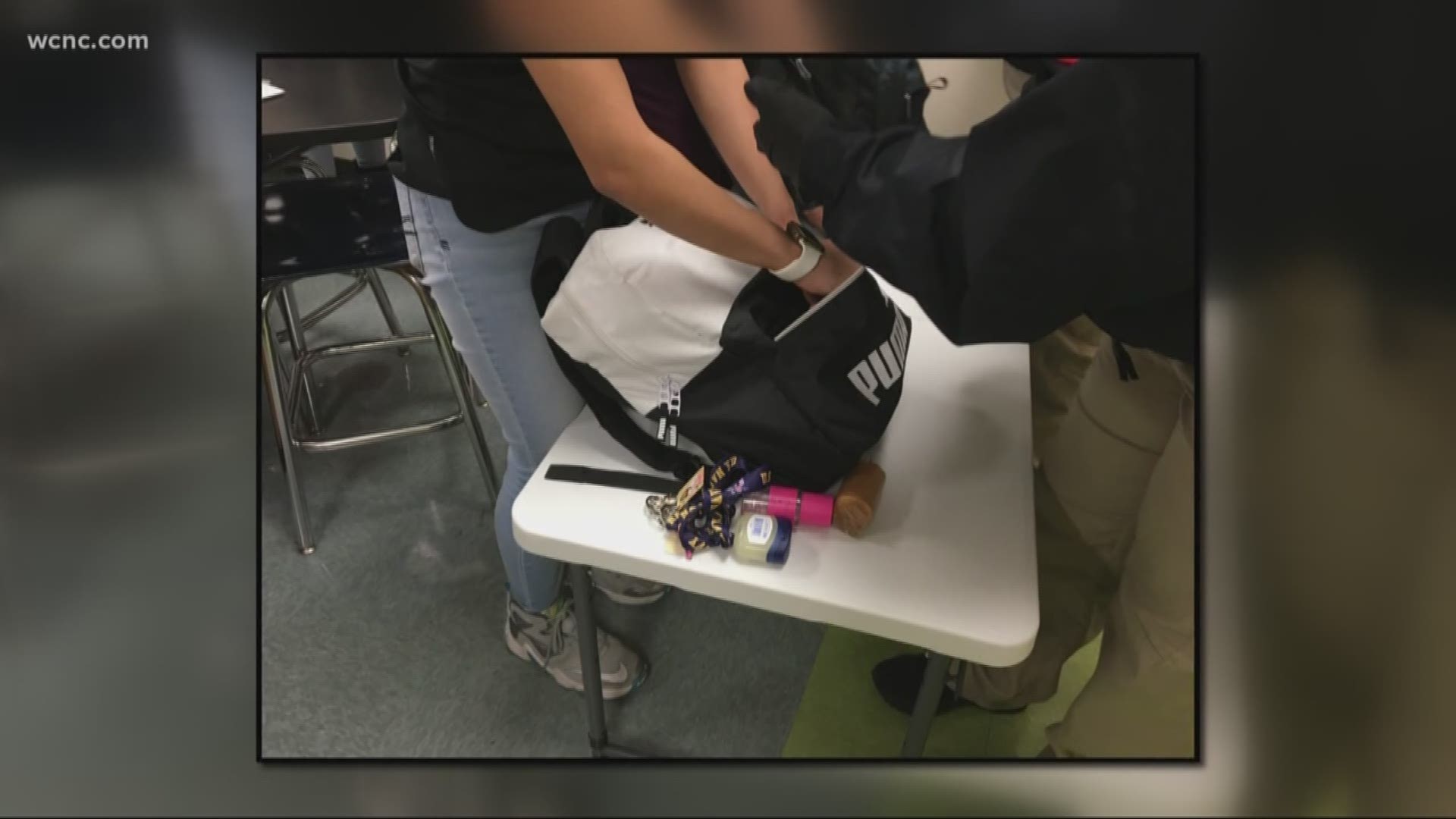 CHARLOTTE, N.C. — Round two of safety screenings are coming to Charlotte-Mecklenburg high schools.

It's possible high schools screened during the first round could be screened again during the second round.

During each of the screenings, officials say they searched randomly selected classrooms by asking students to gather. While in a group, officials say students were wanded and bags were searched.

No guns or knives were found during the first round of searches, but officials did say one can of pepper spray was discovered.

So far, the process has been overseen by members of the faith community.

Monday, Reverend Dr. Wardell Henderson randomly selected the high schools from the bin. Dr. Henderson has been a Charlotte-area preacher for over 40 years and now serves a co-chair of the CMS Interfaith Advisory Council. He and other members of the faith community also attend the screenings.

“The screeners are very professional," he said Monday. "They make every effort to make the students feel comfortable and at ease so I am pleased with how this has been going thus far."

A similar sentiment is also felt by CMS Superintendent Dr. Clayton Wilcox, who praised students after the first round of screenings.

“They stood up in boy/girl lines, they allowed us to look deep into their backpacks and they were wanded… in front, back and side of their bodies,” he said. “This is in many ways kind of a gross indignity that we are subjecting them to but the young people understood and the young people cooperated and I wanted to say thank you to them.”

CMS officials also thanked parents for their understanding and patience, saying with each screening they work to improve the process.

“No students will be allowed to leave campus," said Tracy Russ, Chief Communications Officer for CMS. This is a normal procedure during a lockdown or any other security procedure. We had a question last time and concern from parents that if a student has a medical appointment or needed to get to a job or some other pre-planned appointment would they be able to get to that – and the answer is yes, of course they’ll be able to get to that."

Just like the first go-around, CMS says they will not be announcing which schools will be screened ahead of time.