Many in education believe that decision should be left up to the school districts. 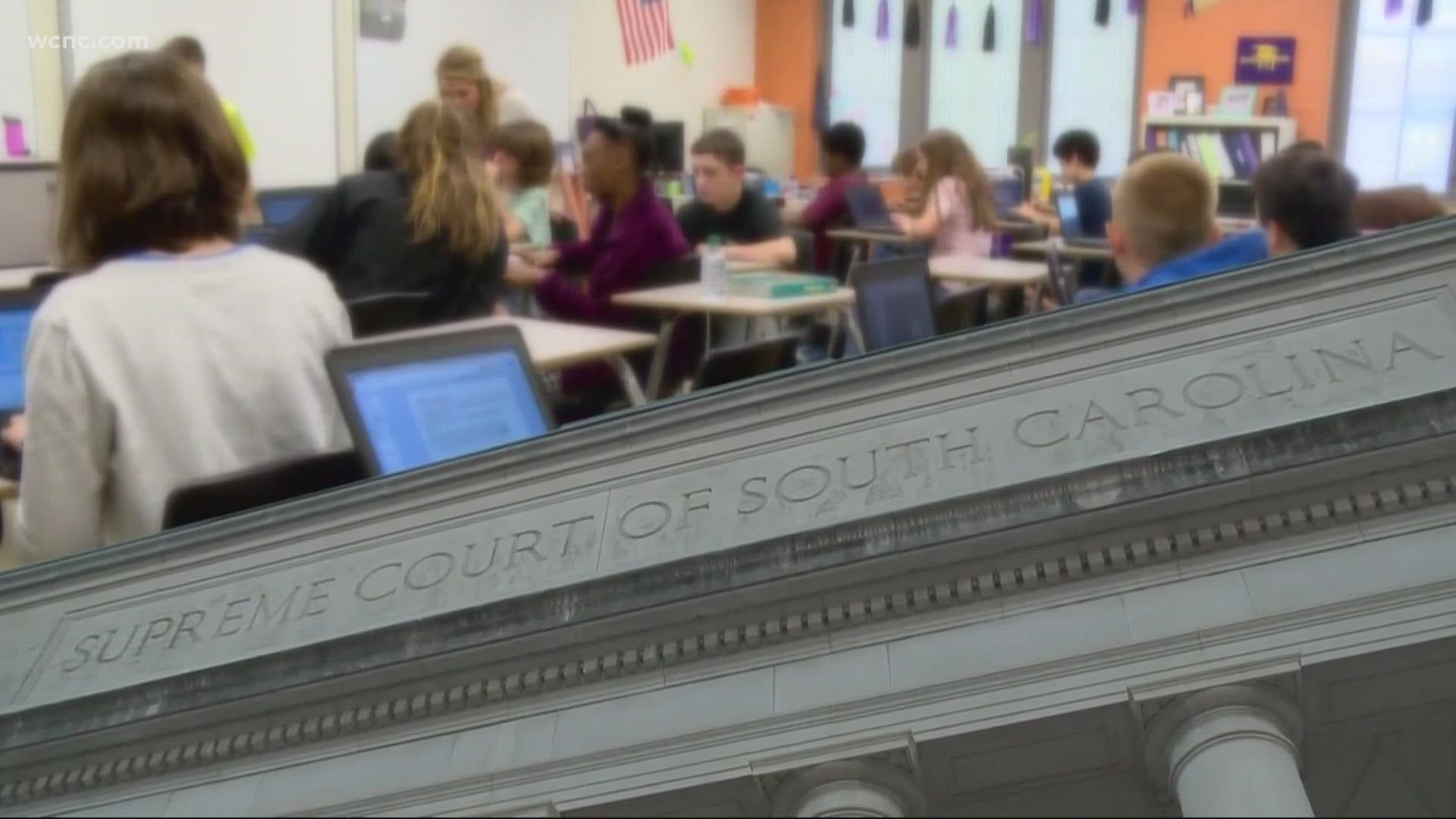 COLUMBIA, S.C. — The South Carolina Department of Education says the decision to mask, should be up to the school districts.

This comes after the state Supreme Court ruled against the city of Columbia's mask mandate for schools, saying a budget proviso in the state's budget makes clear such a rule can't happen.

Patrick Kelly from the Palmetto State Teachers Association says he understands the court ruling follows the Constitution, but believes allowances should've been made.

"The majority opinion made it very clear they are not wading in to determine what is good or bad public policy," said Kelly.

The ruling comes as South Carolina sees a surge in school-related COVID cases and Kelly continues saying, "As a classroom teacher and seeing the devastating impact of COVID-19 on student health, on school operations and on teacher well-being, as teachers try to juggle trying to care for students in person and on online, its overwhelming right now and schools are at a breaking point."

The State Department of Education, agrees and in a statement saying, "These decisions are best made by local school board members who know their students, parents, and school communities best."

DHEC say while they have the emergency authority to issue a mask mandate, "The situation in each school district is different and issuing a statewide order that applies equally to every school, and that would be enforceable with the current proviso in place, and that would withstand legal challenge is not currently feasible. Should the situation in a school or school district warrant, DHEC may consider issuing a public health order for masks on a by-location basis."

Meanwhile, Richland One Superintendent Dr. Craig Witherspoon said, "We hoped that the Court would have rendered a ruling that is more protective of our youngest and most vulnerable students." He went on to say while they wait for the ruling of the second case, "Richland One's Board Policy ADD Face Covering will remain in effect."