A heartbreaking photo from Middle TN of a child with autism, clinging to her school's door, unable to go in. Her family said it's because she's unable to wear a mask 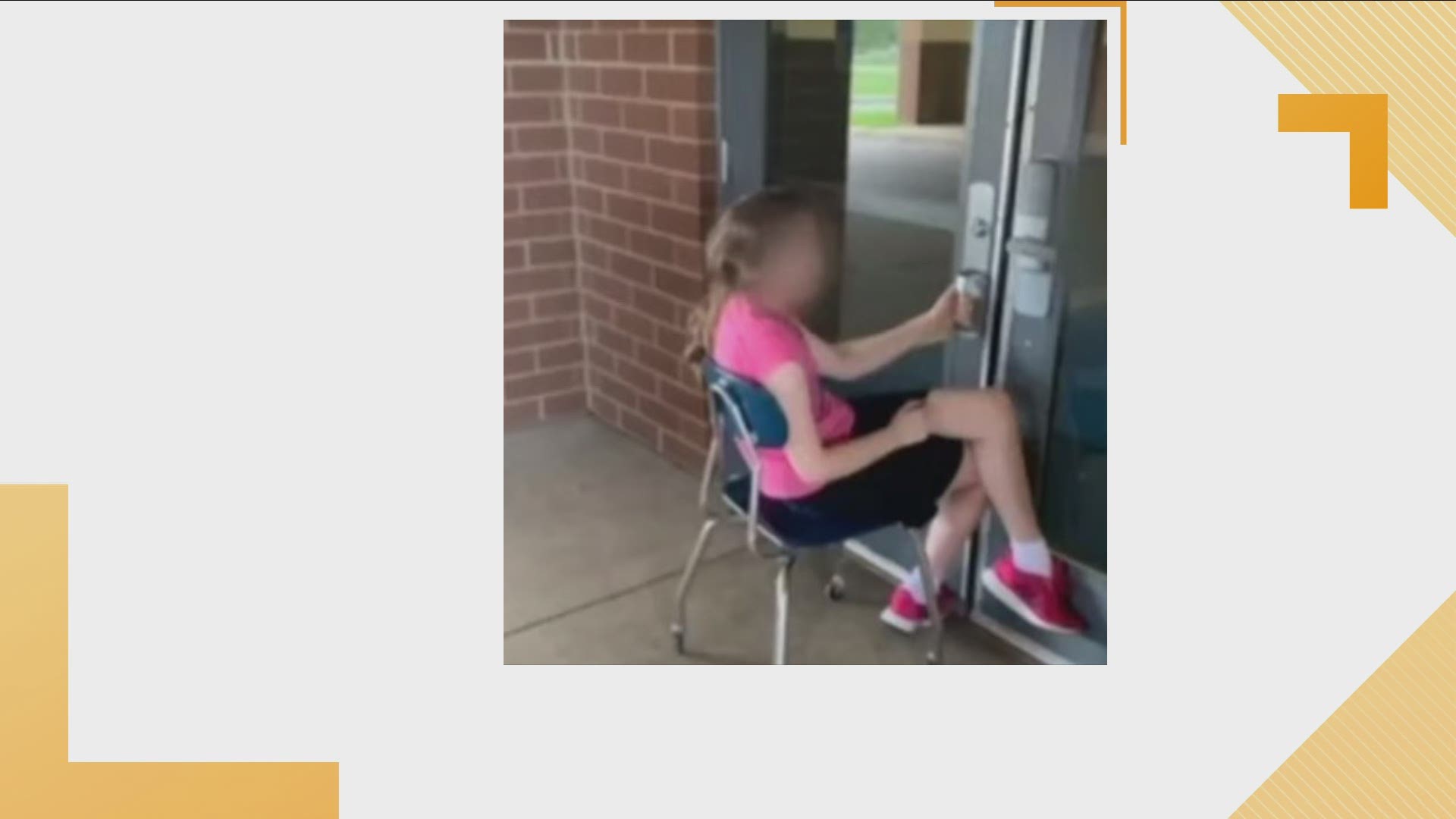 RUTHERFORD COUNTY, Tenn. — The photo of her 12-year-old niece with autism clinging to her school’s doors is almost too much for Trina Lonning to look at.

“She’s waiting for someone to open the door. It’s heartbreaking,” Lonning said.

The photo was taken on August 13, when Kyra, who is described by her doctor as severely autistic, clung to the doors of Rockvale Middle School, according to her family.

Since then, Kyra, whose disability also prevents her from online learning, has not been in school.

“Here’s a child that wants to go to school and doesn’t understand why she can’t go into the building,”  Trina Lonning said.

“After reviewing the child’s needs, the IEP team — which included numerous specialists — made multiple offers for accommodations, including allowing the student to attend school without a mask as long as the student could be socially distanced at least six feet from other students," Evans wrote. "The parent refused all accommodation offers.”

The family disputes the district’s statement, as does Alanah Burkhardt, an autism advocate, who also attended Kyra’s IEP meeting with the district.

“You were in this meeting. Did you hear the school say that the child could come back without wearing a mask?” asked News4 Investigates, an affiliate of 10News.

Burkhardt said that the district wanted Kyra to undergo de-sensitivity training so she could ultimately learn to wear a mask.

Kyra’s family said she cannot even stand for her mother to wear a mask in front of her.

“I asked – point blank – can she come to school without a mask? And they said, no,” Burkhardt said.

In another statement to News4 Investigates, Evans wrote, “That is untrue and they have refused any additional meetings.”

The family disputes that as well, saying they want to have another meeting with the district to figure out how to educate Kyra.

According to special populations guidance on the website for the state department of education, districts are encouraged to prepare for such challenges with masks, but are not instructed how to handle them.

A department of health spokeswoman said that the decision ultimately lies in the hands of each district.

In a new briefing by the Americans with Disabilities Act, all schools and public entities are required to make “reasonable accommodations” to people with disabilities who cannot wear a mask.