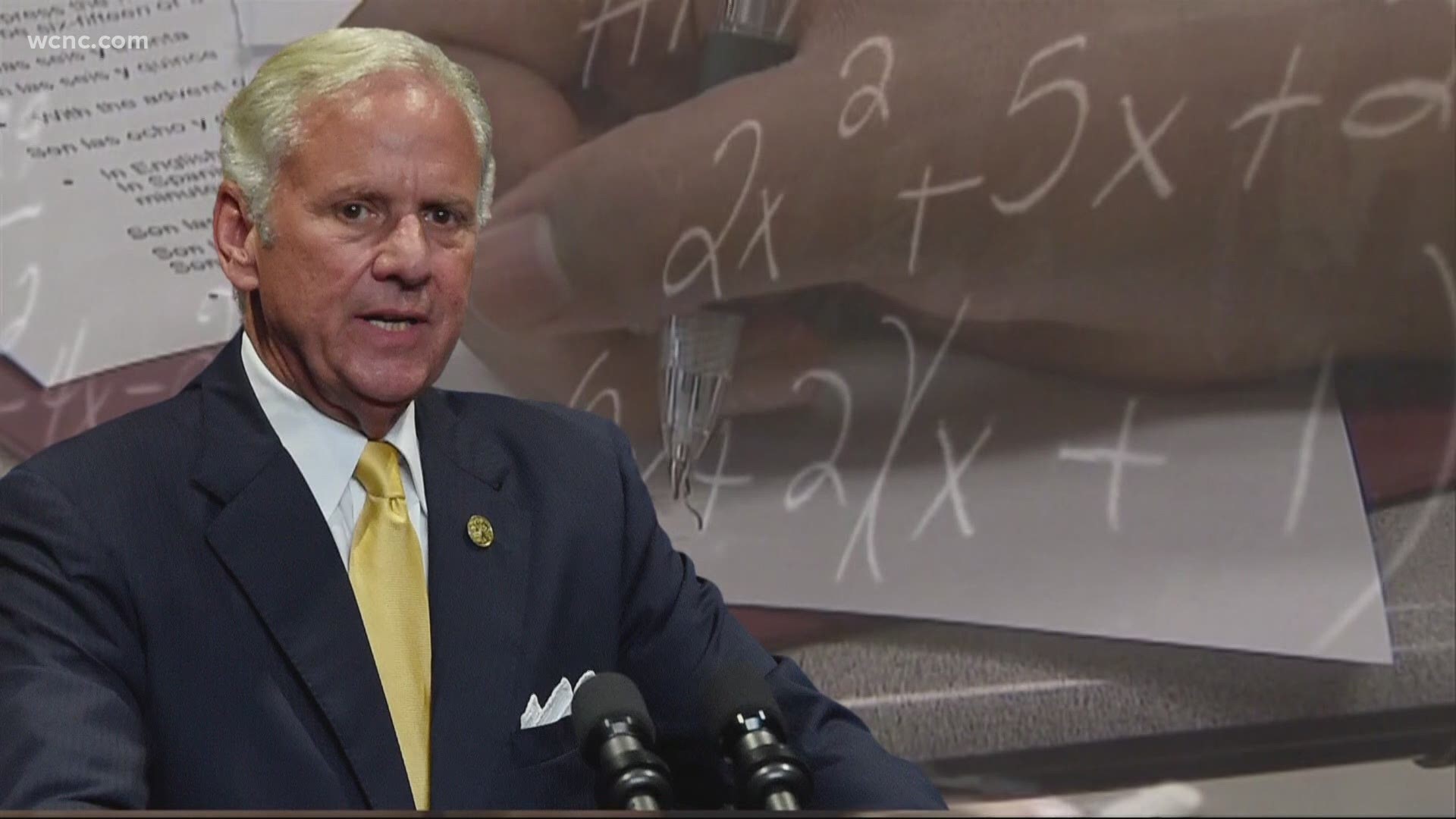 Despite McMaster’s directive, state health officials and school leaders remained firm in their policies Friday. The state's Department of Education still has a mask mandate which reads in part:

“Students and staff in South Carolina public schools must wear a face covering upon entering a school building, moving through hallways, during carpool/bus drop off or pickup, and when social distancing is not possible or optimal. Student face coverings may be removed upon teacher or administrator direction while in the classroom or during special activities outside the classroom.”

Several South Carolina school districts in the Charlotte metro area responded to inquiries by WCNC regarding whether they have plans to change their masking policies.

A letter that was sent to district families this week reads in part:

“We all look forward to the day when medical experts are confident that virus infection rates are consistently low enough to lift health protocols in our schools, such as wearing masks, without jeopardizing the safety of our students and staff.”

Parents pushed for mask requirements to be dropped at the Fort Mill School Board meeting this week.

One parent who identified herself as a health coach said the masks are hindering students' social and emotional development.

“This needs to stop, really needs to stop now,” Michelle Goelzer told the board. “The masking of the child should come from the parents, not from the school system.”

On Friday, the assistant state epidemiologist held a media briefing in which she urged schools and municipalities to maintain their mandates.

"We need to continue to promote mask-wearing at our schools at least until the end of this school year," Dr. Jane Kelly said, adding that she believes there is still a concerning amount of virus circulating in the community. “We’re not done; we’re a long way from being done with this virus.”

Kelly said the youngest people still continue to be the group that is getting vaccinated at the lowest rate.

Children under the age of 16 are not currently eligible for any of the vaccines in the United States at this time.

RELATED: Everyone 16 and up in SC can get COVID-19 vaccine this week

“We still have virus circulating at a high enough level to be concerned,” Kelly said. “Masks do work.”

McMaster does have the authority to issue an executive order that would remove the mask requirements in schools, a spokesperson for the state superintendent of education confirmed. To date, the governor has not issued such an order.

On Friday, North Carolina Governor Roy Cooper removed a mask mandate that required mask-wearing in many outdoor settings. The modified rules in that state still require mask-wearing when: