In June, county commissioners only approved $6 million out of $12 million requested, which meant the $1 million earmarked for bus driver pay raise was gone. 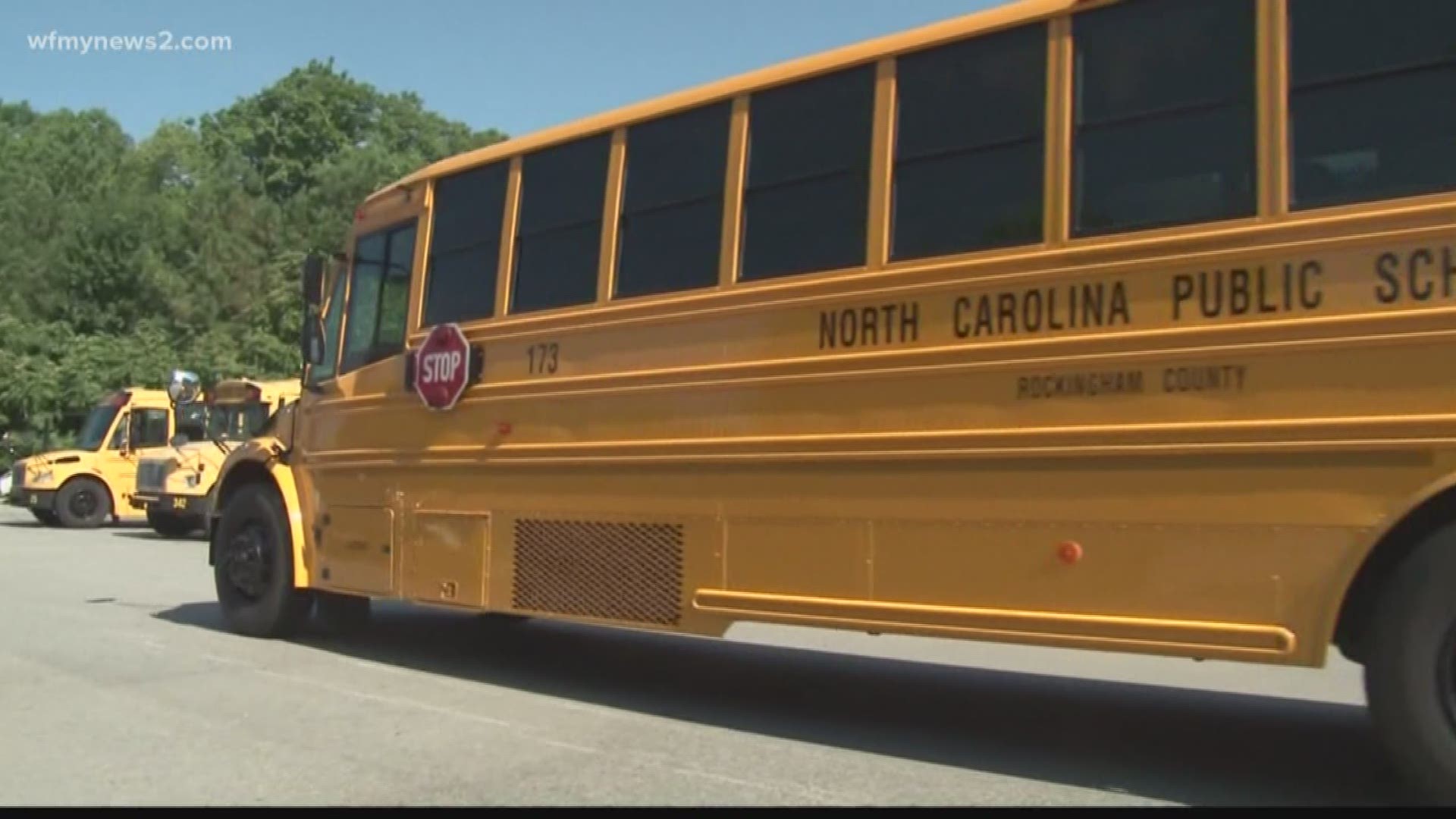 GREENSBORO, N.C. — Many Guilford County Schools (GCS) bus drivers are still disappointed about their pay. Adding to that is the fact that they won't be getting a salary bump they hoped for this school year.

School district administrators say despite making an effort to push for more money, there is no funding for any salary raises and the district may have to cut back on programs.

One bus driver is speaking out and expressing her frustration over the low wages.

Cross has worked for the school district for 11 years, getting up as early as 5 am to get prepared to run her routes. She said both she and her colleagues are not happy.

"I'm asking for all Guilford County bus drivers, 'Where is our raise? We are looking forward to our raise," said Cross who also said bus drivers want the hourly pay raised from just under $12 to $15.

Many of the drivers were hoping for a pay raise after school superintendent Sharon Contreras made a request to the Guilford County Board of Commissioners in April. The school district was seeking an additional $12 million to include incentives for teacher salaries, supplements and bus driver pay raises.

But county commissioners only approved $6 million which meant the $1 million earmarked for bus driver pay raise was gone.

That dashed hopes of many workers in the district including bus drivers like Cross, many of whom say they have to work long hours at other jobs just to make ends meet.

"We are one of the lowest-paid counties but we do the most. They are looking out for us but they need to offer us, as well the ones that are driving, an incentive like they are offering the teachers to come and drive part-time," added Cross.

That incentive to teachers is of up to $10,000 in hourly pay to volunteer to drive school buses. The district made the offer to try to fill open driver positions. GCS still needs more than 35 bus drivers. GCS Chief Financial Officer says their hands are tied due to the lack of funding.

"We asked for $12 million and we got 6, there are some things we just are not going to be able to do, but again until the state passes the budget and we'll know how far that $6 million will go, we don't know what those things are exactly yet," said Angie Henry, the chief financial officer for GCS.

GCS says the state budget could come with a 1% increase for staff in the district, which the district plans to match. However, the CFO says that percentage is still too little and far from what they had hoped and would hardly make an impact on workers paychecks.

RELATED: 'I Get It, There's Going To Be Challenges' | Guilford County Schools Working To Iron Out Bus Issues

RELATED: Back to School Safety Tips: Do You Know The Rules of the Road?

RELATED: You're Driving. You Need To Know This About School Buses When Stop Arm is Out