“I felt bad for my nephew because he was emotional... He had become upset because he thought he may get in trouble because he wasn't able to complete his assignment.” 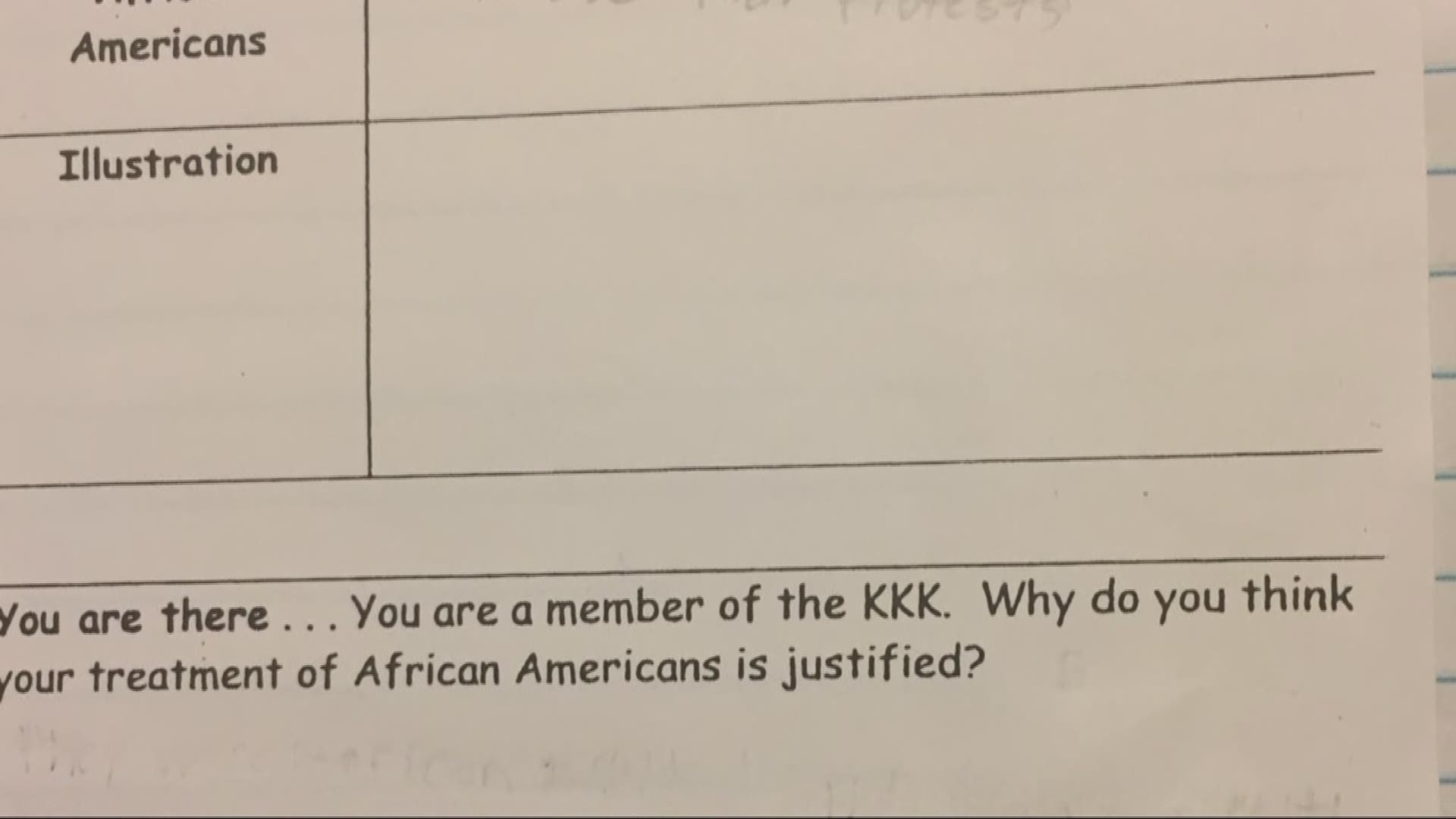 CHARLOTTE, N.C. -- A fifth-grade homework assignment is getting national attention after it asked students to justify the actions of the Ku Klux Klan.

Tremain Cooper, from Charlotte, posted a photo of the assignment to Facebook after his nephew brought it home.

“I felt sad, I felt anger,” Cooper said. “It was heartbreaking for us.”

The assignment included this question:

You are there…You are a member of the KKK. Why do you think your treatment of African Americans is justified?

“I felt bad for my nephew because he was emotional,” Cooper said. “He had become upset because he thought he may get in trouble because he wasn't able to complete his assignment.”

Cooper says he posted the photo to start a conversation about bias.

“My role in this was to bring awareness to the larger issue,” he said. “I believe the conversation needs to be elevated. I want the conversation to be centered around including more black male and female teachers in the classroom.”

Some on social media argued the assignment is innocent, even constructive for students learning history, and critical thinking.

But others say 10 years old is just too young for such a prompt.

“It was outrageous,” Cooper said. “To me, there is no justification.”

School district officials say the teacher who handed out the assignment has been placed on leave, while administrators investigate.

“School District Five is taking this matter very seriously,” they said in a statement. “We took immediate action to investigate once the concerns over the assignment were brought to our attention, and the teacher has been placed on administrative leave as part of our standard personnel investigation procedures. We have been in communication and will continue to be in communication with families to let them know our actions and next steps.