The majority of the drivers that are currently driving the Indian Land routes are coming in from towns as far as 30 miles away. 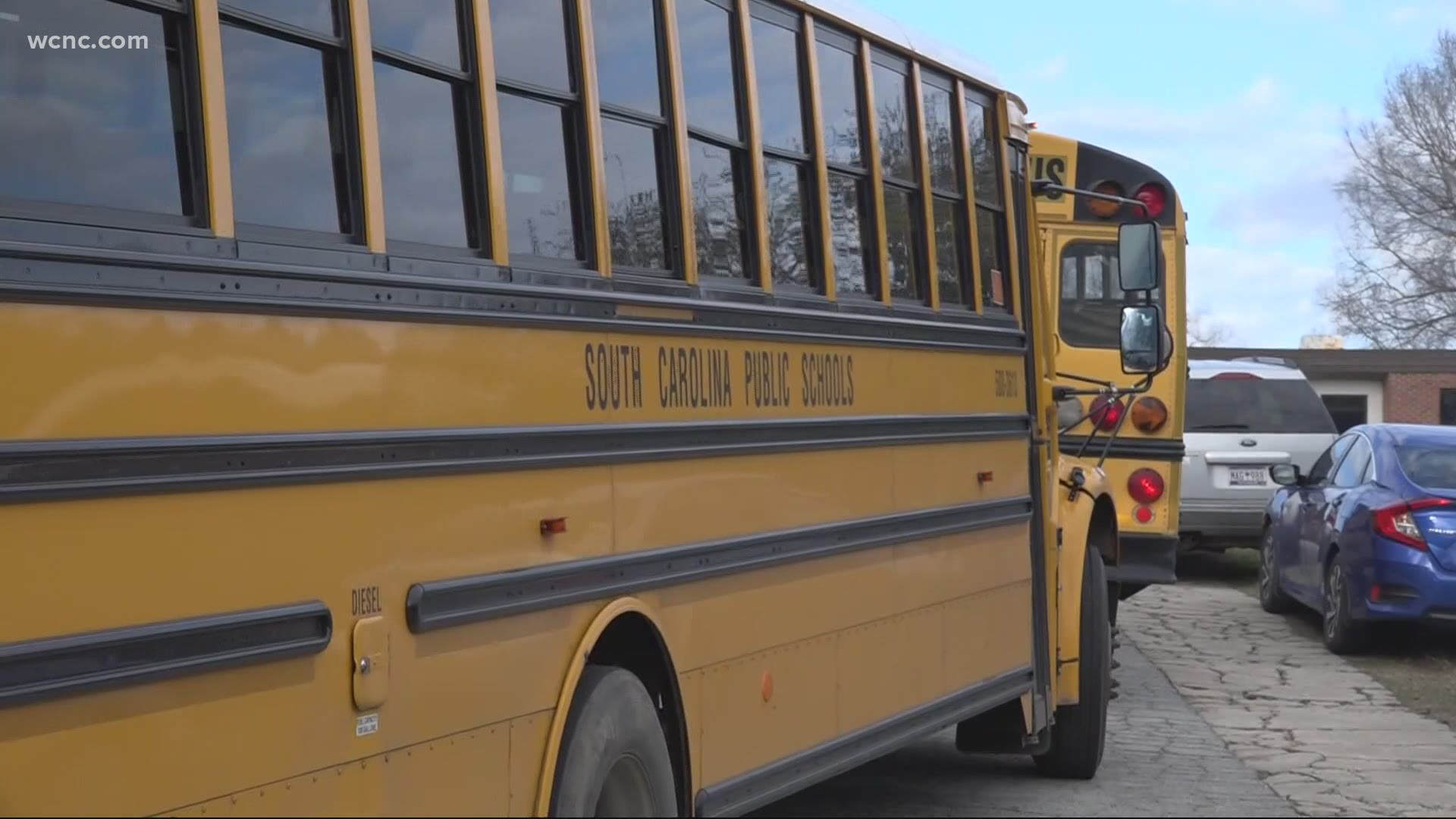 LANCASTER COUNTY, S.C. — Schools are entering the wage wars with restaurants, retailers and other service positions, prompting one district to up its bus driver pay to more than $20 an hour.

Drivers across the county will receive a one-time, $1,000 bonus; in Indian Land, where the shortage is especially dire, the school district is offering a $2,500 bonus.

“I think it’s important for the community to know we’re doing everything we can,” Vaughn said.

Right now, eight of the 20 positions are vacant. That amounts to 40%.

“I’ve been here for 28 years and this is by far the most difficult time we’ve ever had,” he said.

The majority of the drivers that are currently driving the Indian Land routes are coming in from towns as far as 30 miles away.

Vaughn is hoping the higher pay and higher bonus will attract more people like retirees, parents, and others looking for part-time work in the area.

“We feel like that’s a nice incentive for people to get them to come,” he said.

In the interim, the school district is planning to double-up bus routes and preparing parents to expect the buses and their students to be running late for the first few weeks of school.

“Everything has a trickle-down effect,” he said.

If you would like more information on the Lancaster County bus driver positions, you can click here.