WCNC Charlotte got on a bus with Lancaster County Schools to learn what they're doing to keep kids and faculty safe during COVID-19. 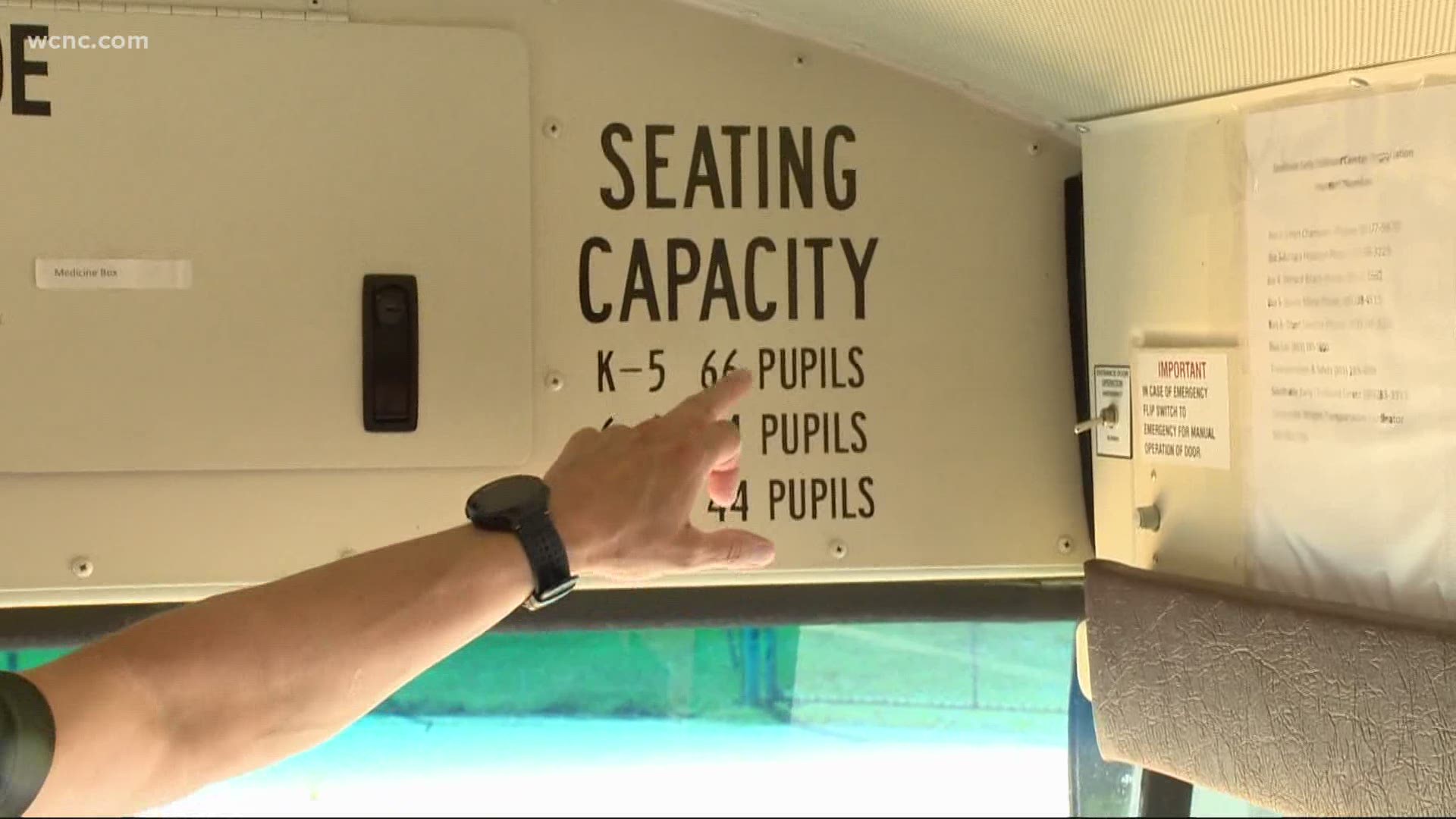 LANCASTER COUNTY, S.C. — In just a couple of weeks, kids will be at the bus stop. But for some parents, the idea of having kids in close quarters is causing anxiety.

Tuesday, WCNC Charlotte got on a bus with Lancaster County Schools to learn what they're doing to keep kids and faculty safe during COVID-19.

"We feel like we’ve got a good plan in place," Lancaster County Schools Director of Safety and Transportation Bryan Vaughn said.

Vaughn said the first two seats on buses won't be used by students and will be marked off — that's to put some distance between the bus driver and the kids on board.

Additionally, capacity will be cut in half.

"Even though we could go up to two-thirds capacity under state rules, we’re gonna keep it at 50%," Vaughn said.

But even at 50% capacity, an average school bus has 22 rows. So with 33 kids on board, that means not everyone will have their own seat. Vaughn said there won't ever be more than two children in a seat.

"If at all possible we’re gonna put siblings together," he said.

That's one reason why masks are mandated, but Vaughn said it's important they have 100% compliance. But since kids will be kids, Vaughn acknowledges some will wear them below the nose or take them off.

To help air circulation they're planning to open the windows and hatches in the bus. Additionally, Vaughn said cleaning will be critical — there will be two deep cleans per day and a wipe down after every run.

Vaughn said you won't see temperature checks on buses, though, as they believe close contact is too risky for the drivers.

"Most of our bus drivers are vulnerable adults because of their age," Vaughn said.

Lancaster schools are also pushing back start times to allow drivers to run more routes with fewer kids on board. Schools are asking as many families as possible to drive their kids to school to cut down on how many students will be on the buses in the first place.