Some of the recorded violations include dead insects, pest droppings, leaky ceilings, run down bathrooms, black mold and roaches. 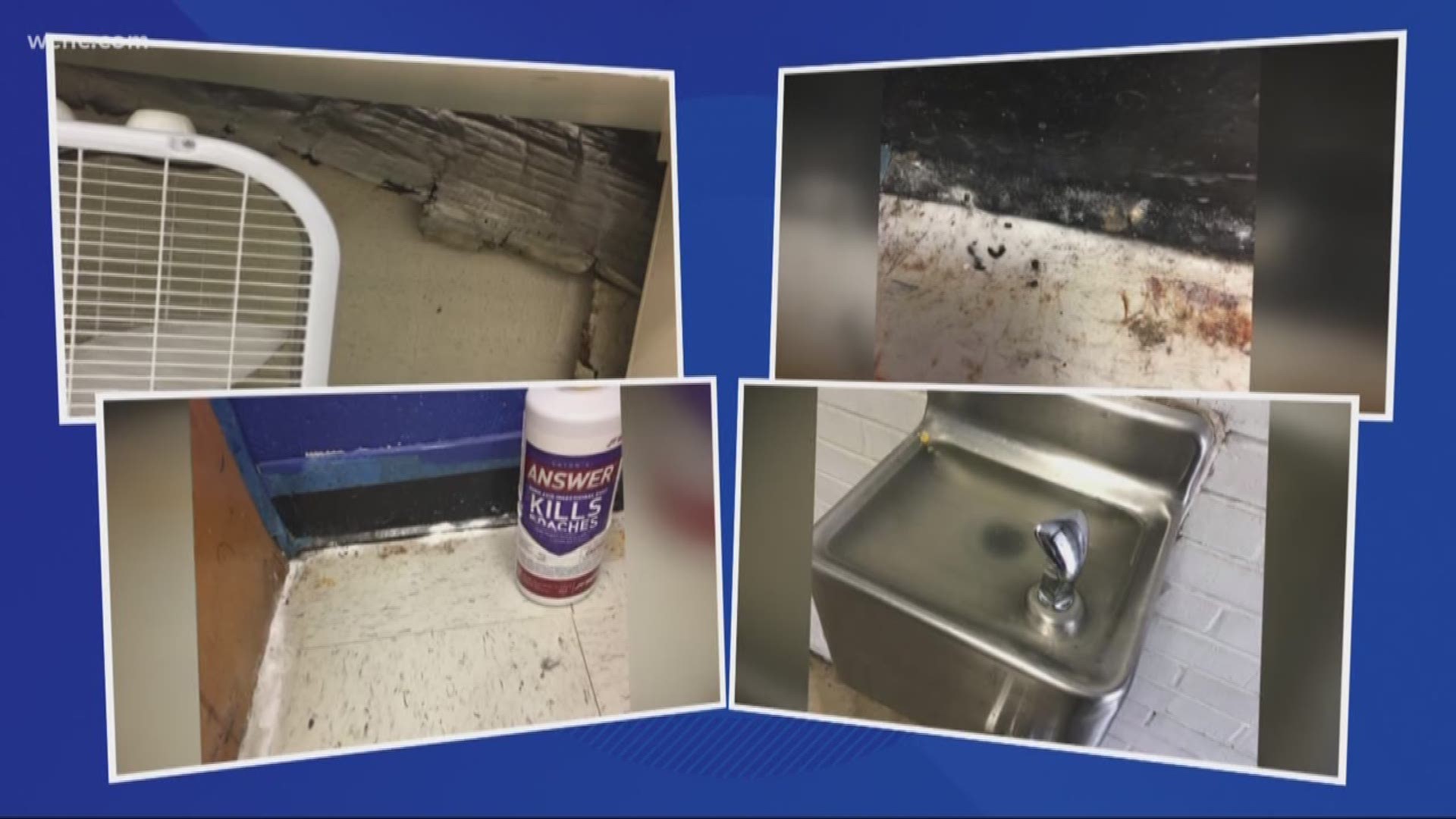 CHARLOTTE, N.C. -- The state health department showed up at North Mecklenburg High School Monday after a teacher took to social media to share photos of the school's poor classroom conditions.

Teacher Jana Johnson said she and her students can hardly breathe through the acid used to keep rodents at bay. The floors were covered in animal feces and the ceiling tiles were leaking and falling.

A copy of Monday’s health department report confirmed those claims.

Some of the recorded violations include dead insects, pest droppings, leaky ceilings, run down bathrooms, black mold and roaches.

Thousands of teachers just marched in Raleigh; so many that local districts were forced to cancel school.

Some criticized their public demand for higher wages. But the teachers told NBC Charlotte it’s not just about money – it’s about poor conditions, too.

“It would be nice to go to school when my students are not sitting with ants, roaches everywhere, mice in the building, leaks under the doors,” one teacher said. “It is more about what we have to live with every day and for the students who are suffering.”

You can find the latest report from your child’s school here.