In addition to academics, the kids learned how to get along with each other and solve problems on their own. 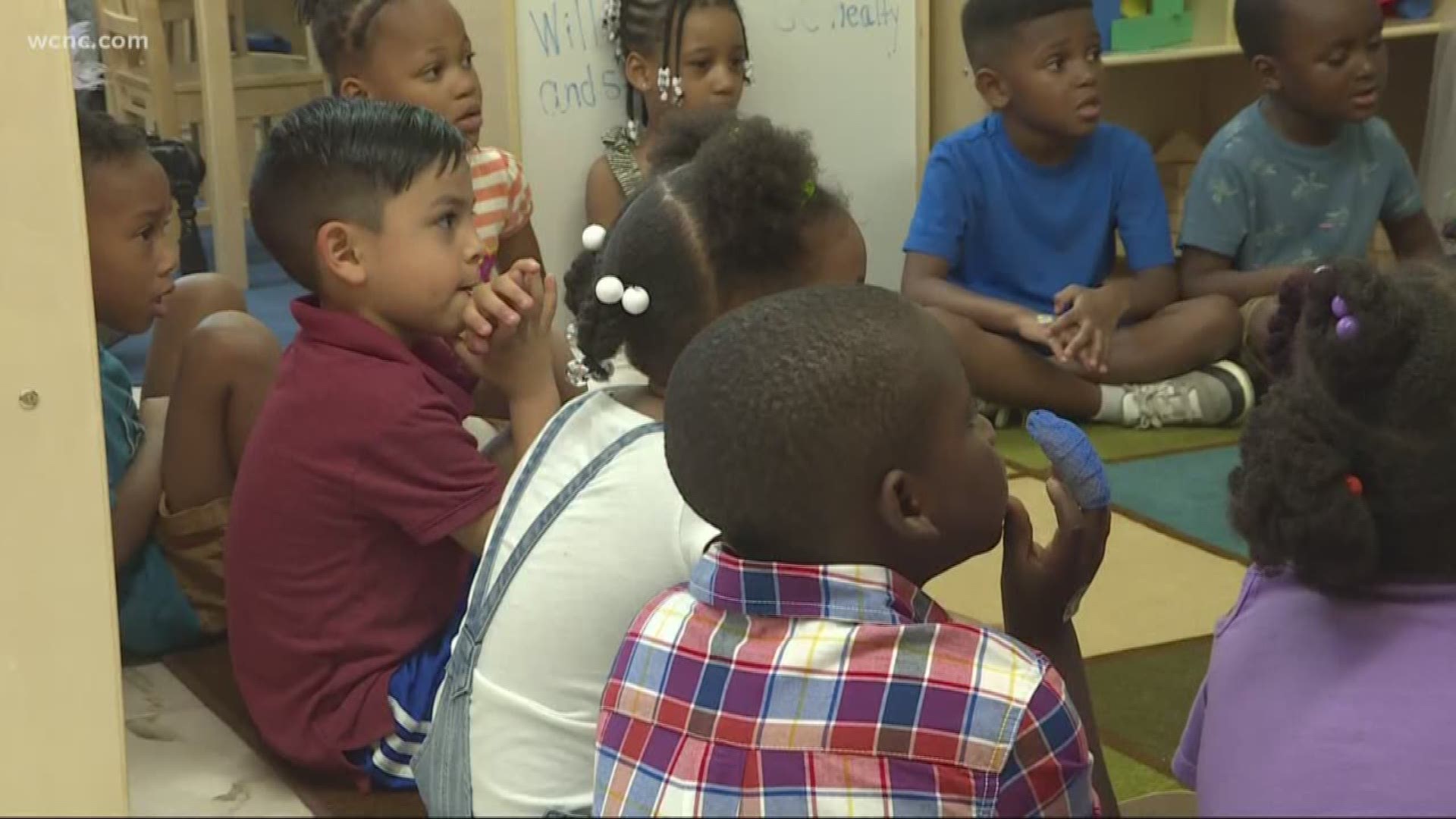 CHARLOTTE, N.C. — The first year of Meck Pre-K is coming to an end following a big push for early childhood education across the country -- and right here in Charlotte.

Four-year-old Grant feels right at home in the program, and he's made amazing progress in the last few months.

Grant's parents said he had some developmental delays and struggled to communicate. Spending several months in MECK Pre-K at Pee Wee's Little People has changed that.

"He's learning his ABCs, counting up to 100 now. We are challenging him to start reading next," said dad Eric Sutton.

Several studies have shown the benefits of enrolling children in Pre-K. Grant's parents are seeing it firsthand.

"Not only have they grown physically, they've grown developmentally as well," said Lawton Grier, director of the pre-K program at Pee Wee's Little People.

Grant and his classmates now have a good foundation for kindergarten. In addition to academics, they're learning how to get along with each other and solve problems on their own.

MECK Pre-K is one of the county-funded programs. Ultimately, the goal is to offer universal pre-K. But for now, 600 kids can be enrolled in MECK Pre-K while hundreds are still on the waitlist.

"There's a definite need for this program, particularly in this community," said Grier.

There's also a push for virtual pre-K for students who can't get into a classroom setting. Grier said he's not a huge fan of that idea because it would take away the social aspect kids need.