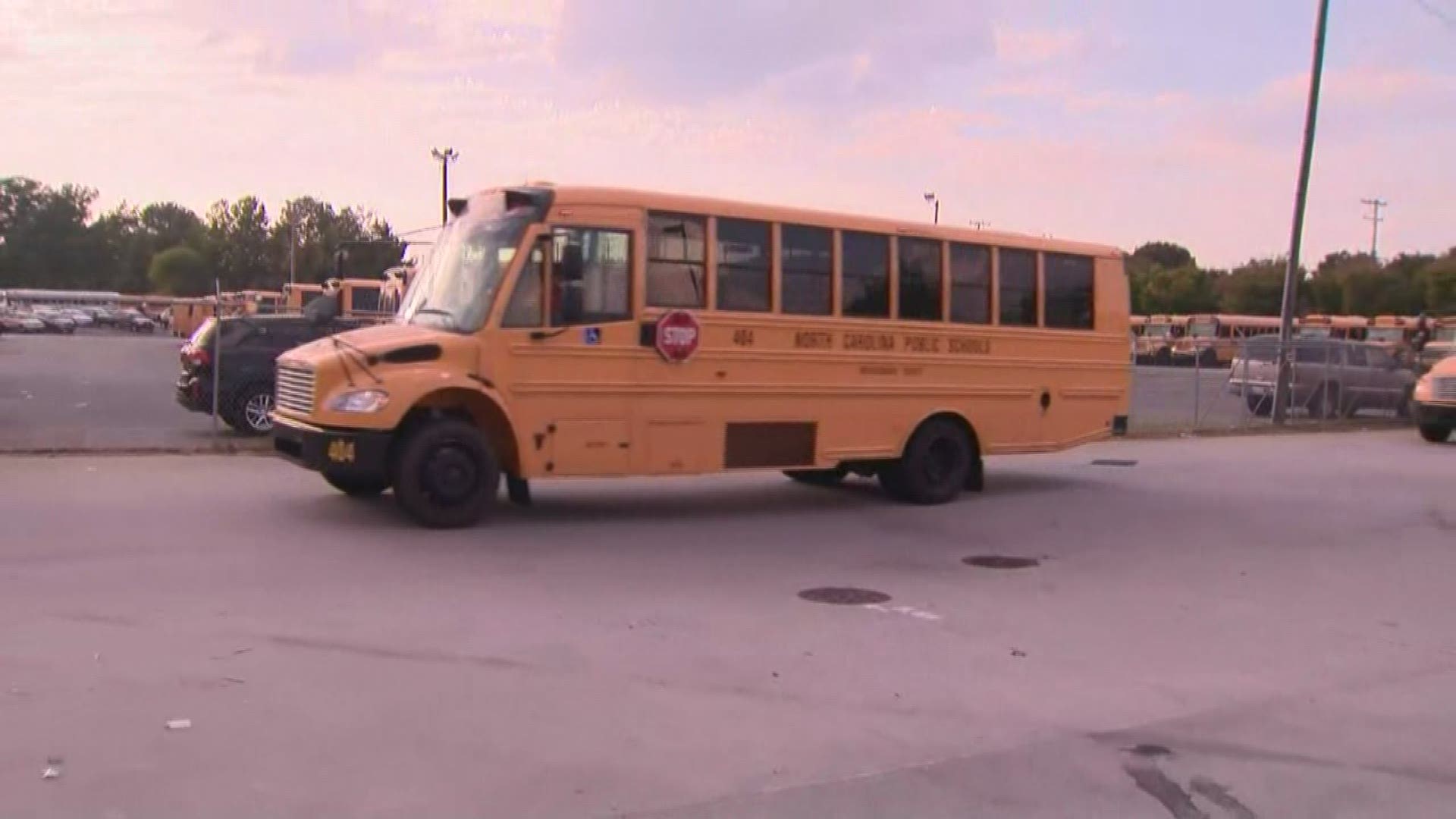 CHARLOTTE, N.C. — Kids are getting beaten up on board school buses.

NBC Charlotte has learned there have been three separate school bus assaults in the last two weeks alone.

Police reports showed the children were left with bruises and bloody noses, and one student had to receive medical treatment after being punched in the face.

A mother told NBC Charlotte the student that assaulted her daughter was suspended from the bus for three days, but that’s not enough.

"She called me crying and screaming and I was telling her to Facetime me so I could speak with the bus driver and so I could see her face," Lahuan Morris said.

Her daughter’s bus had just left Quail Hollow Middle School Wednesday afternoon when her daughter said students began picking on her -- telling her she was big and her skin was ashy.

A few minutes later, the daughter claimed another student began punching her in the face. But instead of helping, other students on the bus began filming.

"That really hurt my heart and I’m not going to lie, I was crying."

Police reports showed this is the third school bus assault in the last two weeks.

Just last week, they said a 15-year-old Myers Park High student had to be treated after being repeatedly punched in the face on his school bus. Police said they charged the other teen.

"There needs to be serious consequences: Suspended from school, strike one, strike two."

Morris said if CMS bus drivers can’t or won’t intervene, the district should act. She's calling on CMS to ban violent bullies from the bus to break up fights once and for all.

"If there’s a young lady on the school bus making another child's nose bleed, I don’t think that child needs to be admitted back on the bus for the remainder of the school year."

In any situation when an altercation occurs on a school bus, the driver would notify dispatch, provide the bus location, pull off to a safe area if possible, stop and secure the bus and provide directive to the students. They may attempt to separate the students. If needed, the driver should call 911 to get assistance and school administrators may respond to the scene if required. It is also advised that the driver provide a written summary of the incident. Any student found in violation of the Code of Student Conduct would be disciplined accordingly by school administrators.

The district would not be able to confirm any specific student behavior or disciplinary actions taken, nor would the district release any video from the bus as this would involve identifying students which is prohibited by federal student privacy laws.