Kimberly Noland says her daughter waited at the bus stop for about two hours before she was told the Kernodle Middle principal had to pick her up. 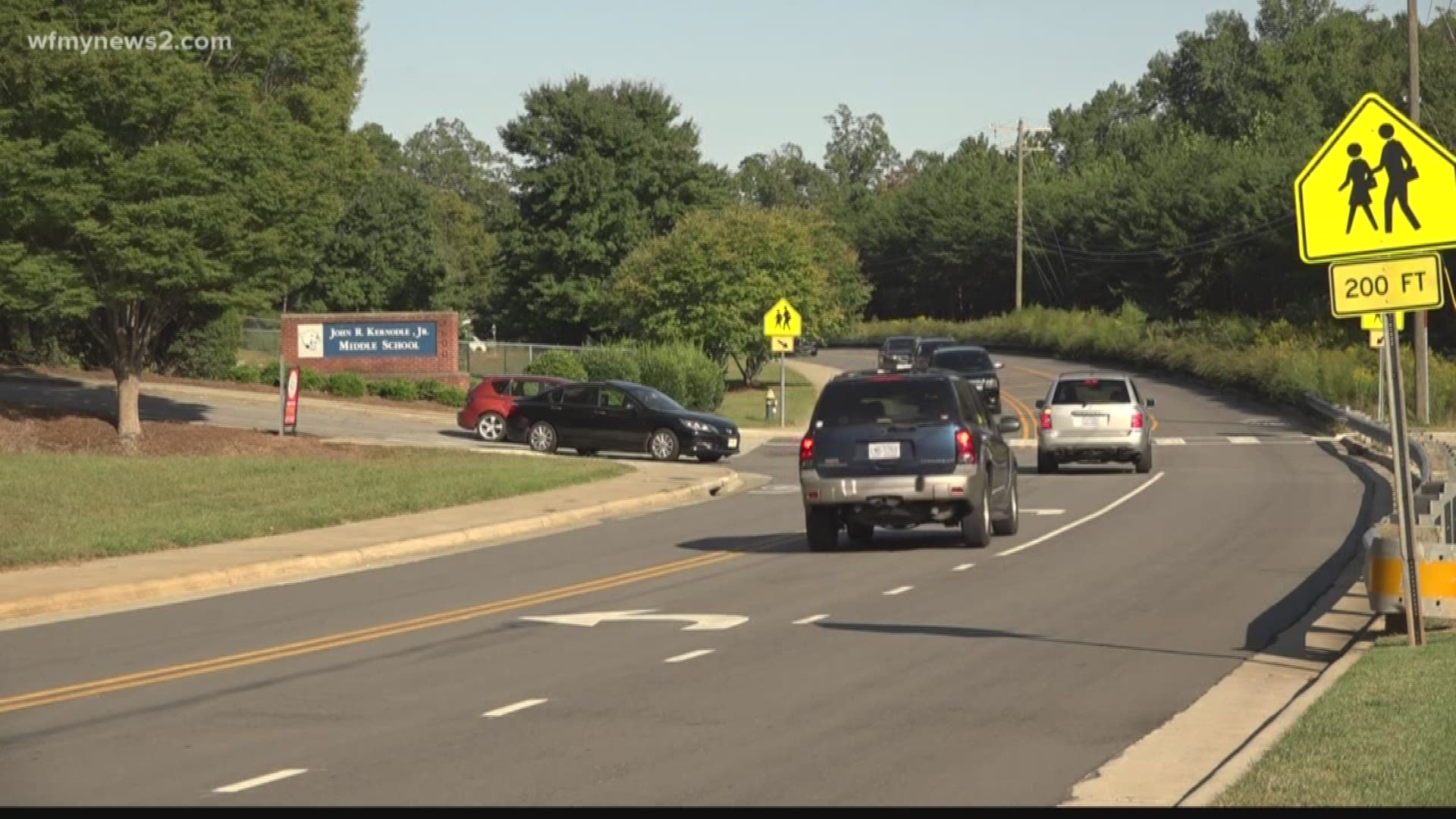 GUILFORD COUNTY, N.C. — Kimberly Noland who's a teacher left for work Thursday morning not expecting her daughter's bus to be a no show for the second day in a row.

"When the bus had not come, she said, 'Mom, I'm still here,' and I'm in class teaching. I just started crying, like the tears were just flowing from my eyes," said Noland. She's a single mom who teaches in Burlington and has to leave before her daughter gets on the bus to go to school at Kernodle Middle.

"I don't want anything to happen to my child. That's the worst feeling in the world. You have to work and you have to leave your child," said Noland.

Noland says she called the school and wasn't having any luck. Eventually, she spoke with the assistant principal.

"He stated to me that the principal would be picking her up," said Noland.

"We have a shortage of bus drivers, so absolutely were having problems, not at every area but overall," said Garrett.

Garrett says other parents have contacted her with similar concerns.

"I met with a parent at a bus stop this morning and I told her if the bus didn't come, I offered to take her child to school, but the bus did come," she said.

Noland says the ongoing issue isn't acceptable, and something needs to be done.

"They need to figure it out. They have to figure out this bus situation. They can't just leave children on the corner," Noland said.

Garrett says the district has a new executive director of transportation after the person previously in that role retired over the summer.

RELATED: 'Here Comes The Bus!' Guilford County Parents Could Track Where And When Their Child's School Bus Will Arrive This Year

"I know parents are upset, and I would be too, but you need to try to work with us," she said, "If you’re getting the runaround, the buck stops here with the school board."

Garrett says if you have trouble getting in touch with school transportation, reach out to your board of education representative. Click here to find out who represents your area.

RELATED: 'Why Leave Her?' 1st Grader Told To Get Off School Bus at the Wrong Stop, Stranger Security Guard Saves Lost Child