The announcement comes after students and parents demanded accountability for reported incidents of sexual assaults at the school. 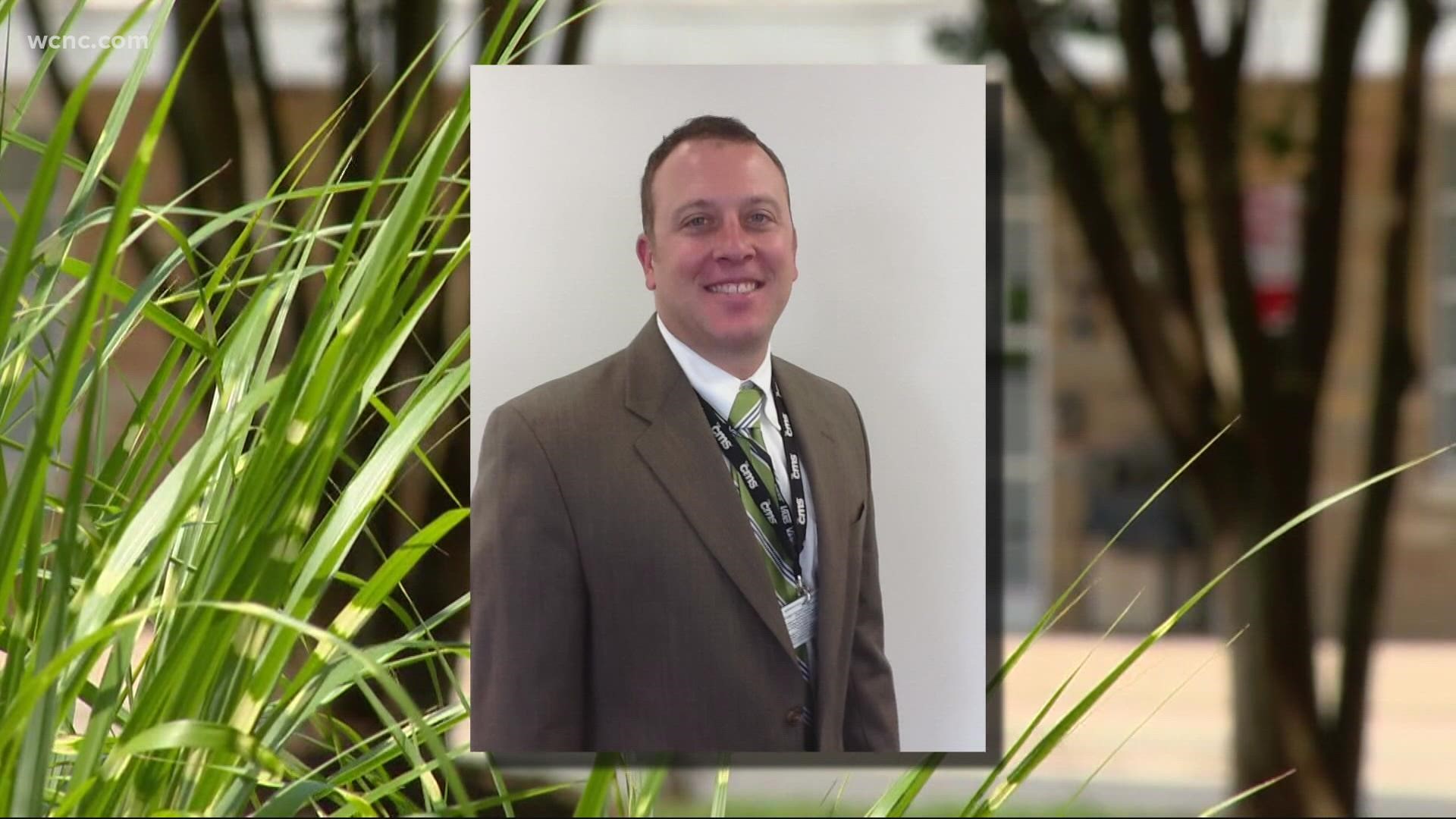 CHARLOTTE, N.C. — Embattled Myers Park High School principal Mark Bosco has been suspended with pay, Charlotte-Mecklenburg Schools announced in a phone call to parents Friday. The announcement follows months of protests from current and former parents and students who have demanded accountability for reported incidents of sexual assault at the school.

The reason for his suspension wasn't immediately explained by CMS.

"Hearing about his suspension today was actually made us all excited and happy that he's having to take responsibility for what he's done," said Katrina Carson, a rising senior at Myers Park High School.

The most recent protest on the issue occurred last month outside the Charlotte-Mecklenburg Schools Board of Education meeting in Uptown Charlotte.

“I do not feel safe at Myers Park,” Lily Russell-Pinson, a rising senior at the high school, told WCNC Charlotte at the time. “I have at least five friends that have told me: ‘I’ve been assaulted,' 'I’ve been harassed,' 'I’ve been groped at Myers Park.' It's to the point where I don’t want to walk alone.”

Nikki Wombwell, a former student at Myers Park High said she was raped in the woods outside of the school in 2014. She was 15 at the time. Now 22, Wombwell was known as “Jill Roe” in a lawsuit filed against CMS and Myers Park leadership. A school resource officer and the former police chief were also named in the lawsuit, which accused school leadership of sweeping the incident under the rug.

Carson, who was part of the protests demanding CMS take action and make real change, said she feels a little more comfortable going to school this year.

"I do feel a lot better knowing at least he won't be there," she said.

The district has since announced that Maureen Furr will act as interim principal. Furr has had previous leadership experience as the former principal of South Mecklenburg High.

Last month, there was confusion surrounding Bosco's employment after the school board approved contract extensions for other county principals but not Bosco.

"The recommendation to renew Principal Bosco's employment contract should have been included in the recommendation that went to the board for approval on 7/13," a district statement said at the time. "Due to an administrative oversight resulting from Mr. Bosco being designated as on leave in our Human Resources information systems, his file was not identified for inclusion into tonight's recommendations for approval. His contract will be recommended for board approval at the next regular board meeting."

The statement indicated the district's intention to renew Bosco's contract. The spokesperson explained any plan to not renew Bosco would have been communicated prior to May 1 with board of education approval by June 1.

On Aug. 6, the school district announced the suspension of Bosco. In the wake of that announcement, superintendent Earnest Winston shared a note online indicating CMS would launch a Title IX task force. Most of the members of the task force would include students, but an outside facilitator will manage meetings and help finalize recommendations.

"The purpose of this task force is to review current reporting and support procedures to ensure we are responding promptly and effectively to claims including harassment, assault or violations under Title IX," said Winston's note.  "Many details remain under development, such as the selection criteria for task force participants, initial task force meeting dates, frequency of meetings and format/precise timing of deliverables. These details will be shared around the time students and staff begin school later this month."

Carson hopes it's the beginning of lasting change for the district.

"It is too little too late, but I do believe that it will help the future students at Myers Park," she said.