An organization called the Sandy Hook Promise will lunch an app that will give students a place to report tips anonymously. 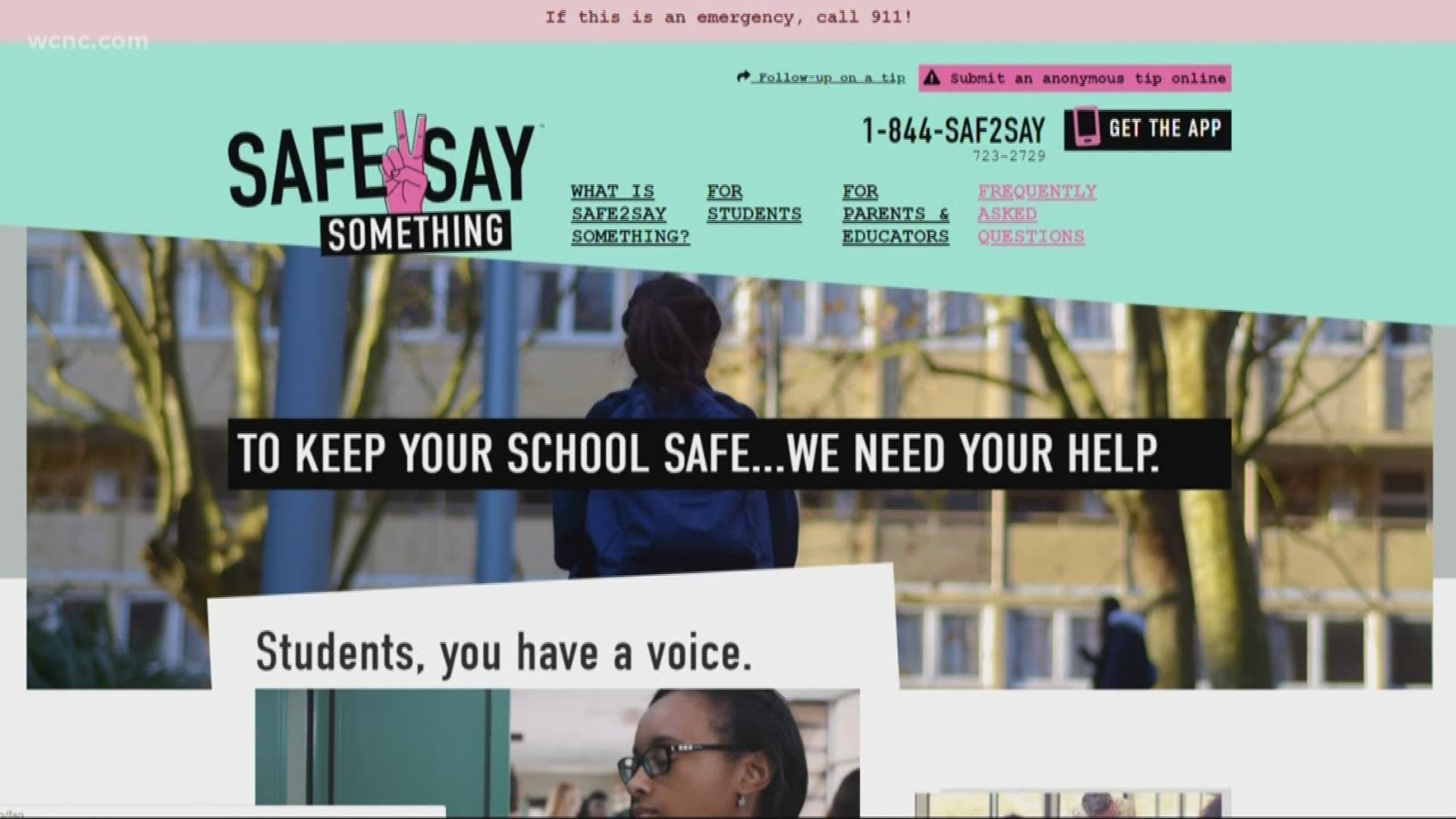 CHARLOTTE, N.C. — Next year, if kids in middle school or high school see something they think is dangerous, a student who may harm him or herself or others, they can report it anonymously right on their phones.

Nicole Hockley, a mom who knows the pain of losing a child to gun violence came to North Carolina to help with the rollout.

"I have two sons one. One is a freshman in high school, and the other Dylan was killed in his first-grade classroom at Sandy Hook school a little over 6 years ago", said Hockley.

Hockley can't fill the hole left in her family, but she can do something to try to help others never feel her kind of pain.

North Carolina is partnering with an organization called the Sandy Hook Promise. Rolling out an app for every middle and high school in the state.

"This is going to be a powerful tool."

It will train students to know how to spot the warning signs and give kids who see something a place to say something anonymously.

"It gives kids the power to look after themselves and look after each other", said Hockley.

A command center just for North Carolina schools will get every tip.

Nothing goes without being checked. Nothing slips through the cracks.

North Carolina actually tried the app as a pilot program in 70 schools, in some cases, they were getting 40 tips a week.

When it launches next school year North Carolina will be just the second state in the country to adopt the app.

"To ensure that no one in your community and for the generation to come ever has to experience the horrors that we have from Newtown", said Johnson.

The app will be available in every middle and high school at the start of next school year. School leaders will start training this summer.