In the past year alone, the software has discovered hundreds of thousands of cases with concerning and even shocking student activity. 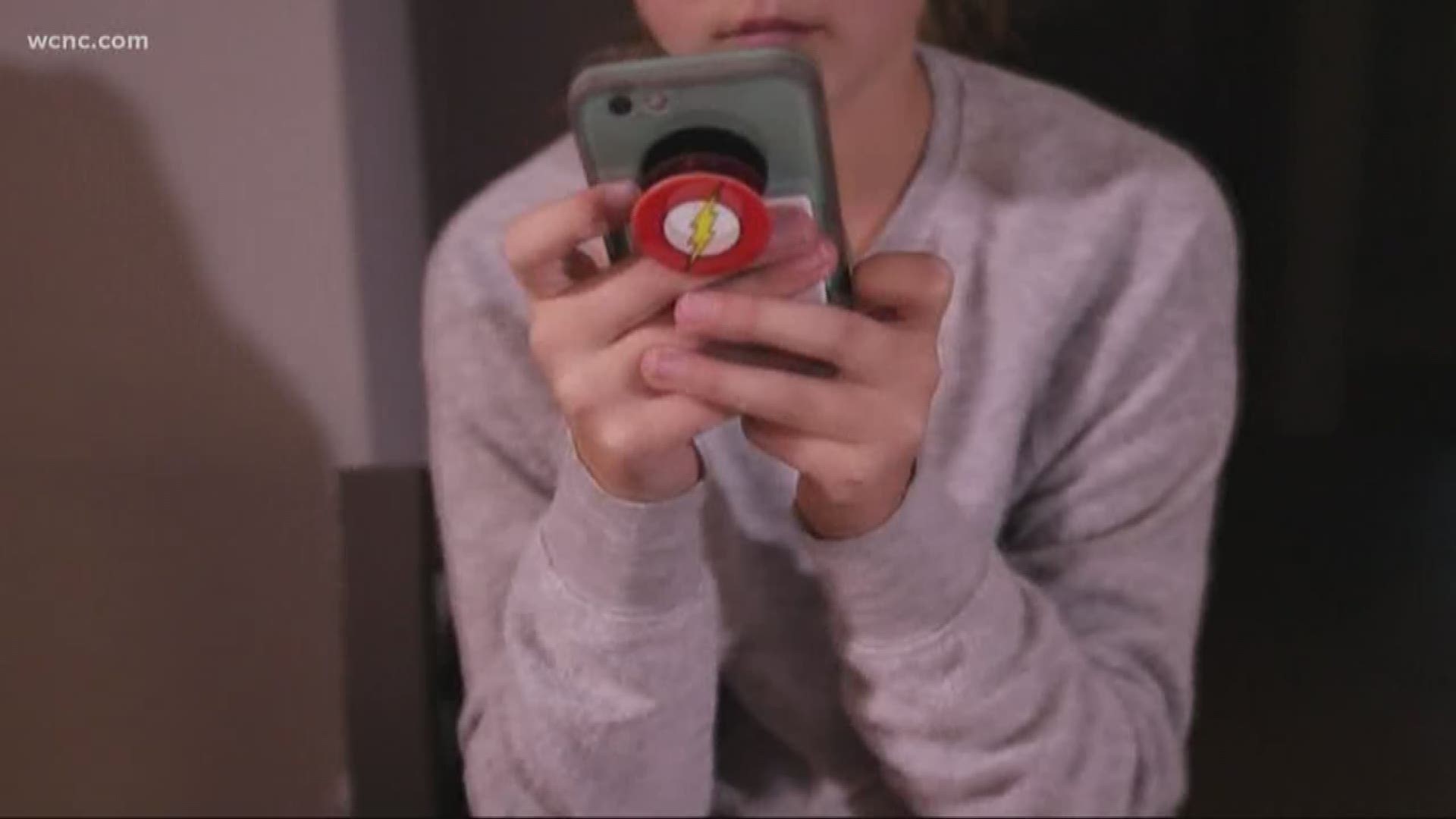 CHARLOTTE, N.C. — New software is monitoring what Carolina students are doing and saying while at school.

The ‘Bark for Schools’ artificial intelligence algorithm silently monitors everything students are searching for and saying to each other and alerts administrators to anything concerning -- including school threats, bullying, talk of drugs or alcohol, sexual content, and so on.

Nearly 50 school districts in the Carolinas have started using this free software, which in the past year alone has discovered hundreds of thousands of cases with concerning and even shocking student activity.

“There are children that are being contacted by online predators, there are elements of sexual content happening," she said. "Children are writing suicide notes on Google docs on school-issued devices and accounts.”

Bark is an app parents can download and connect to their kids' devices that will monitor every single text, search, share, chat, post, snap, email and so on.

The Bark app is $9 a month for individual families. But last year, Bark decided to offer its software to school districts for free.

Bark says nearly 40 schools in the Carolinas have since downloaded it -- including in Charlotte, Rock Hill, Monroe, Gastonia and Statesville.

"Because technology is so new it can also feel scary when you say ‘here just plug this into your school system and we'll monitor the kids for you.' Do you get hesitancy from the schools or parents?" NBC Charlotte reporter Savannah Levins asked Jordan.

"Absolutely," she said. "Initially when parents and schools hear about this they rightfully want to know how safe is this how secure is this?”

Jordan says Bark is compliant with all federal and local laws regarding online monitoring.

She says what they’re finding is shocking.

In the past year in just North Carolina and South Carolina schools, this is the total number of alerts sent May 2018 to May 2019 to school admins regarding children's school-issued devices and accounts:

Jordan says some of the weapons cases have been linked to credible school shooting plots which, in some cases, are immediately reported directly to the FBI.

“If the child has googled how to load an AK-47 let’s say that might not be imminent but if there’s a photo of firearms in a backpack, straight to the FBI," Jordan explained.

The algorithm is able to pick up photos.

Despite some concern about secretly monitoring children on such a large scale, Jordan says at Bark they believe it is necessary to keep kids safe in this ever-changing, ever connected digital world.

“This is happening to your children," she said. "If you do not think it is, think again, we have the data to prove it.”

Bark says schools in these cities currently use their software: