As Gov. Cooper prepares to give update on school reopening plans, NC educators worry about safety

“Educators should have a voice at the table to determine what reopening plans look like,” said Tamika Walker Kelly, president of the NC Association of Educators. 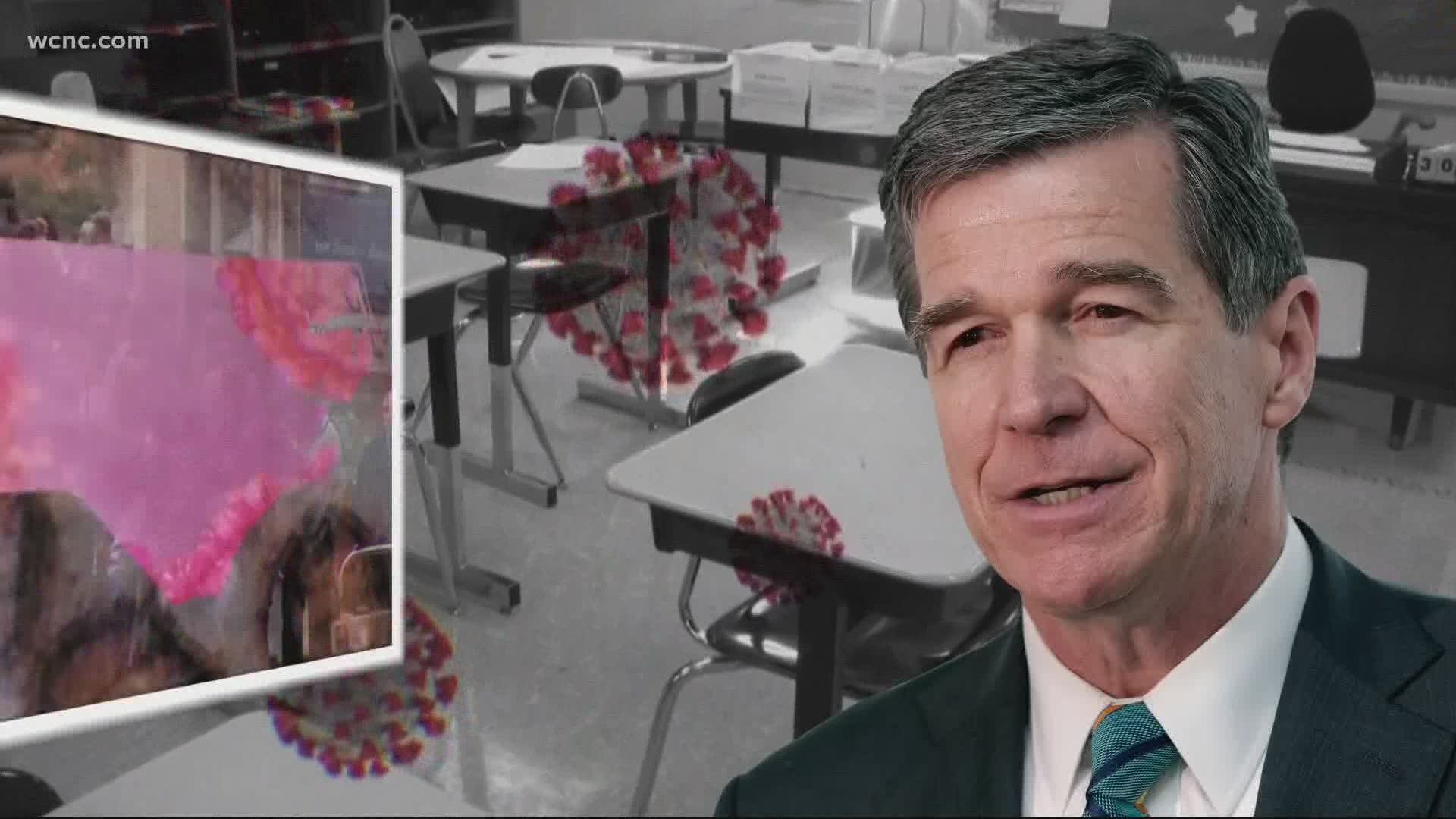 CHARLOTTE, N.C. — While Governor Roy Cooper is expected to make an announcement Tuesday at 3 p.m. about the plans to re-open schools, the president of North Carolina’s largest teacher advocacy group questions whether schools will be safe enough to return for in-person instruction.

“COVID is a real thing,” said Tamika Walker Kelly, president of the North Carolina Association of Educators. “Our educators have a lot of anxiety and fear around the potential of going back into school buildings.”

The NCAE represents more than 60,000 educators and school employees across the state. The organization is lobbying for a louder voice in the ongoing conversations surrounding back to school.

“Educators should have a voice at the table to determine what reopening plans look like,” Kelly said.

Governor Roy Cooper was expected to announce statewide guidance for back to school on July 1. Cooper, however, delayed that announcement, citing the need to review more data and science.

RELATED: North Carolina governor to announce back to school plan

Kelly said they supported the decision to initially delay the announcement.

“The reasoning is sound,” Kelly said. “It is a decision that needs to take a lot of time and planning to do. It should not be one that is made in haste just to simply get people back into school buildings.”

Kelly said many of the teachers she represents are questioning whether there are enough supplies and protective measures in place to safely re-open.

She believes more should be done on the state level to help schools provide protection for teachers and students.

“The money isn’t there,” Kelly said. “They could have provided more funds in the session they just left and they have not.”

The first day of school is slated for August 17.

Kelly worries that is not enough time to come up with and implement plans.

“That timeline is part of the anxiety and fear,” she said. “It’s a little over a month away, maybe we need to take a step back and think about how this impacts the safety of our educators and students before we rush to make a decision.”

Teachers at risk when returning to the classroom

In South Carolina, a survey from SC for Ed, an organization that advocates for teachers, found that over 42% of teachers polled are at an increased risk for severe illness if they were to contract the coronavirus.

Nearly 65% of the over 7,000 teachers who took part in the survey reported at least one health condition that would put them at risk.

Over the weekend, U.S. education secretary Betsy DeVos pushed for a full re-opening of schools in the fall. She doubled down on President Donald Trump’s threat last week to withhold funding for any school district that does not open.

RELATED: DeVos says schools shouldn't get federal funds if they don't reopen in the fall

DeVos suggested the federal money that would have gone to schools instead should be allocated to individual families who may need to seek an alternative form of education.

Pleased to host @VP and the @WhiteHouse Coronavirus Task Force at @usedgov today for continued conversation about the need to reopen America’s schools. It is not a matter of IF but HOW. All students need to continue learning this fall. pic.twitter.com/RyF4Zt3YOy

RELATED: Education leaders wrestle with "one of the hardest decisions they've ever made"