Gov. Roy Cooper and leaders from the General Assembly announced a new bill that will reopen public schools across North Carolina for in-person learning. 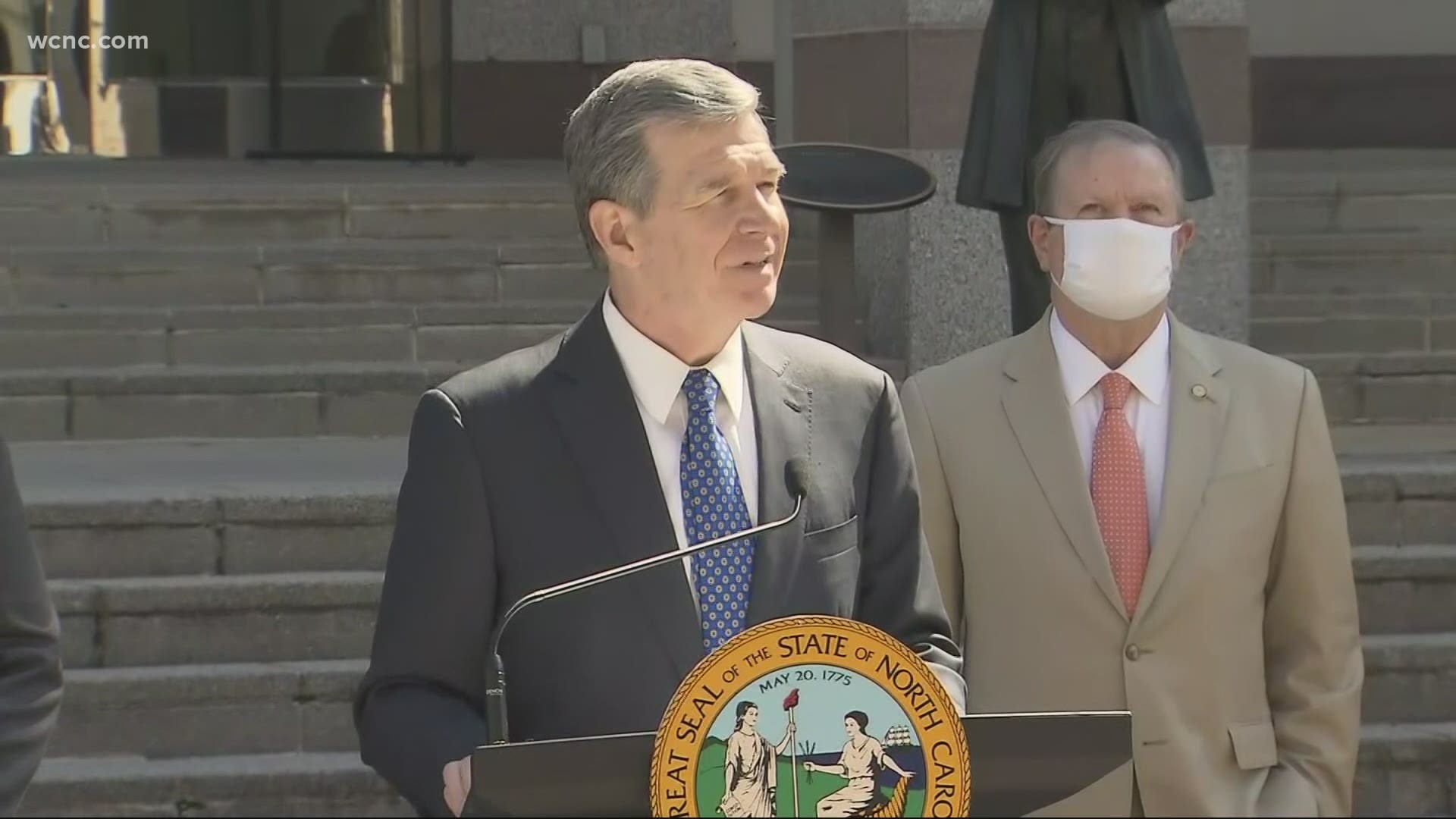 CHARLOTTE, N.C. — Gov. Roy Cooper and other state leaders announced a new bill Wednesday that will reopen all public schools in North Carolina for in-person learning.

Under the legislation, all elementary schools must operate under Plan A, which is full in-person learning. Local districts will have the option for Plan A or Plan B/hybrid learning for middle and high school students. Cooper said the bill would take effect 21 days after he signs it, estimating sometime around April 1.

Following public disagreements with Republicans on how schools should reopen, Cooper said, "Coming together after acrimony isn't easy, but it's the right thing to do for North Carolina."

"The good news is I think we all want the same thing. To open our schools for in-person instruction for all students and to do it safely with important emergency protections," Cooper said. "I believe, and our public health leaders agree, that we can do that safely with precautions like face masks and other safe guards found in the public schools tool kit."

On March 4, the State Board of Education ruled that all districts must offer in-person learning, and in the process, approved new COVID-19 safety guidelines, including mandatory face masks and social distancing for students from sixth grade through high school.

“The question on SB 37 that I vetoed is not whether our children should be in the classroom in person. They absolutely should. The question is whether we do it safely,” Cooper said.

Cooper said he asked state lawmakers to compromise on two issues: social distancing and requiring schools to follow state and local health guidelines for COVID-19. The governor said he would sign the legislation if those two issues were addressed.

WCNC Charlotte has reached out to CMS for more information concerning how this legislation could impact its plans moving forward.