Promising Pages teamed up with Charlotte-Mecklenburg Schools to deliver the books to children in need along with meals. 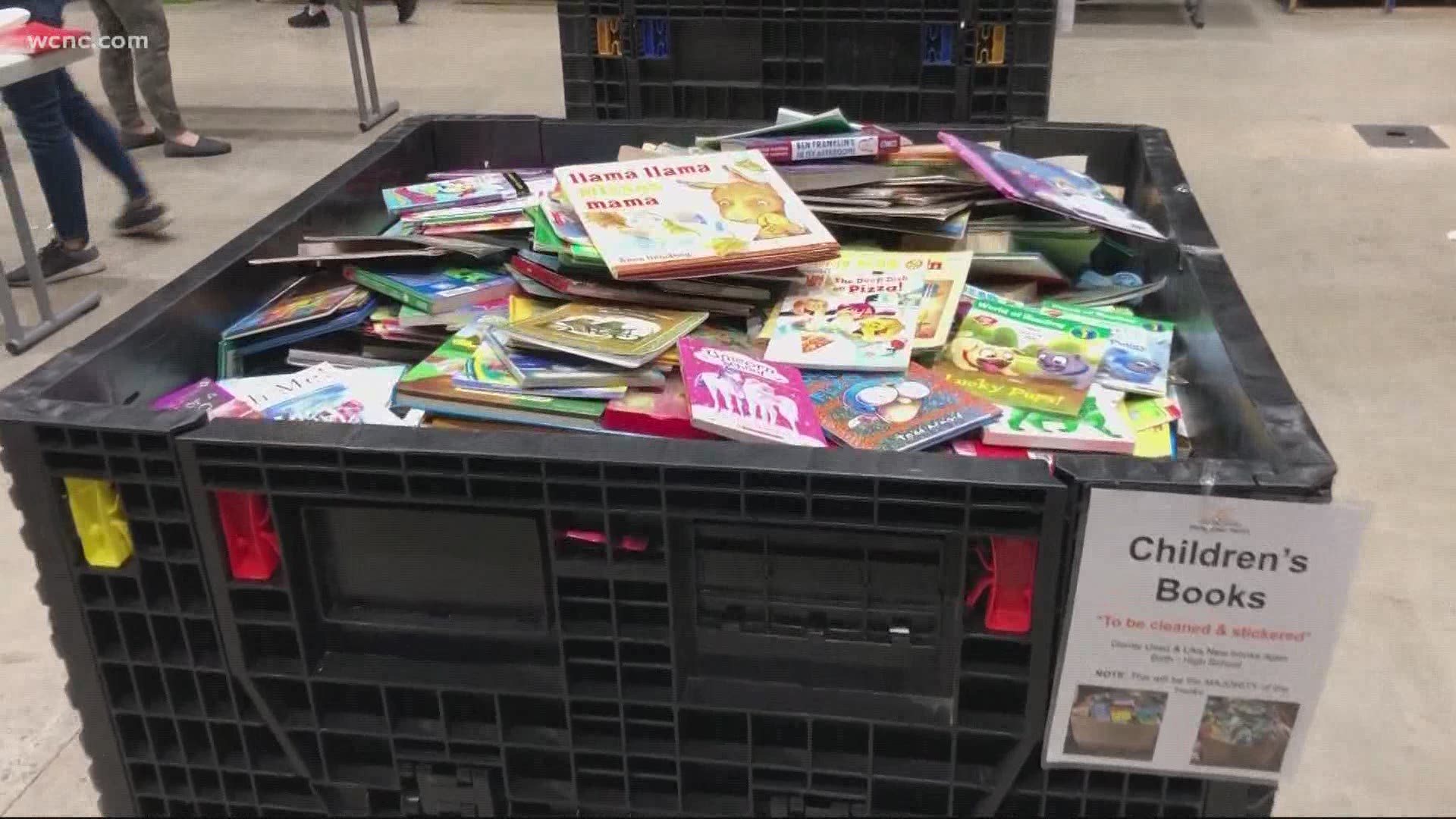 CHARLOTTE, N.C. — One of the biggest challenges for younger kids being out of school so long is making sure they're still learning to read. Many in the community rely on the schools and libraries for books — and when they closed, that became a big issue.

It was a problem that had to be solved as soon as possible – that’s where Promising Pages stepped in to get books like these to kids in the Charlotte area who literally would have had nothing else to read.

The team at Promising Pages had just two days, four staff members and had to figure out a way to get thousands of books to kids

Promising Pages is a non-profit that collects donated books and gives them to kids in Charlotte’s so-called book desert. They got an urgent call just before schools closed, asking for help.

Eric Law, the Promising Pages executive director, said it's crucial for kids to keep up with reading while they're away from the classroom.

“I know how important it is for students to read during their time away from home," Law said. "If they don’t just during a normal summer break if don’t read five books they can fall behind a full year by the time school starts up again.”

That’s why getting the books to kids was more important than ever, so they teamed up with Charlotte-Mecklenburg Schools to deliver the books with the meals.

“The books we distributed could have been the only source of literacy or educational materials they were receiving so it was pretty critical that we make it happen and make it happen quickly,” cates said.

That’s why the executive director, a native Charlottean, says the work is so meaningful.

“It’s really gratifying to know we’re at least giving kids a chance to maintain their reading skills during this break," Law said.

Promising Pages relies on donations of books. While they can't take them right now, they are encouraging virtual giving — grab some books that you want to donate, take a picture and send it to them.

They'll promote it on social media to help spread the word, and hold you accountable that you'll donate those books as soon as it's safe. You can send those photos to promising-pages.org.

After her mom’s stroke, Charlotte nurses teaching others the warning signs