The approved plan will include an in-person alternating schedule, in which half of the students come to school in-person one day, the other half the next day. 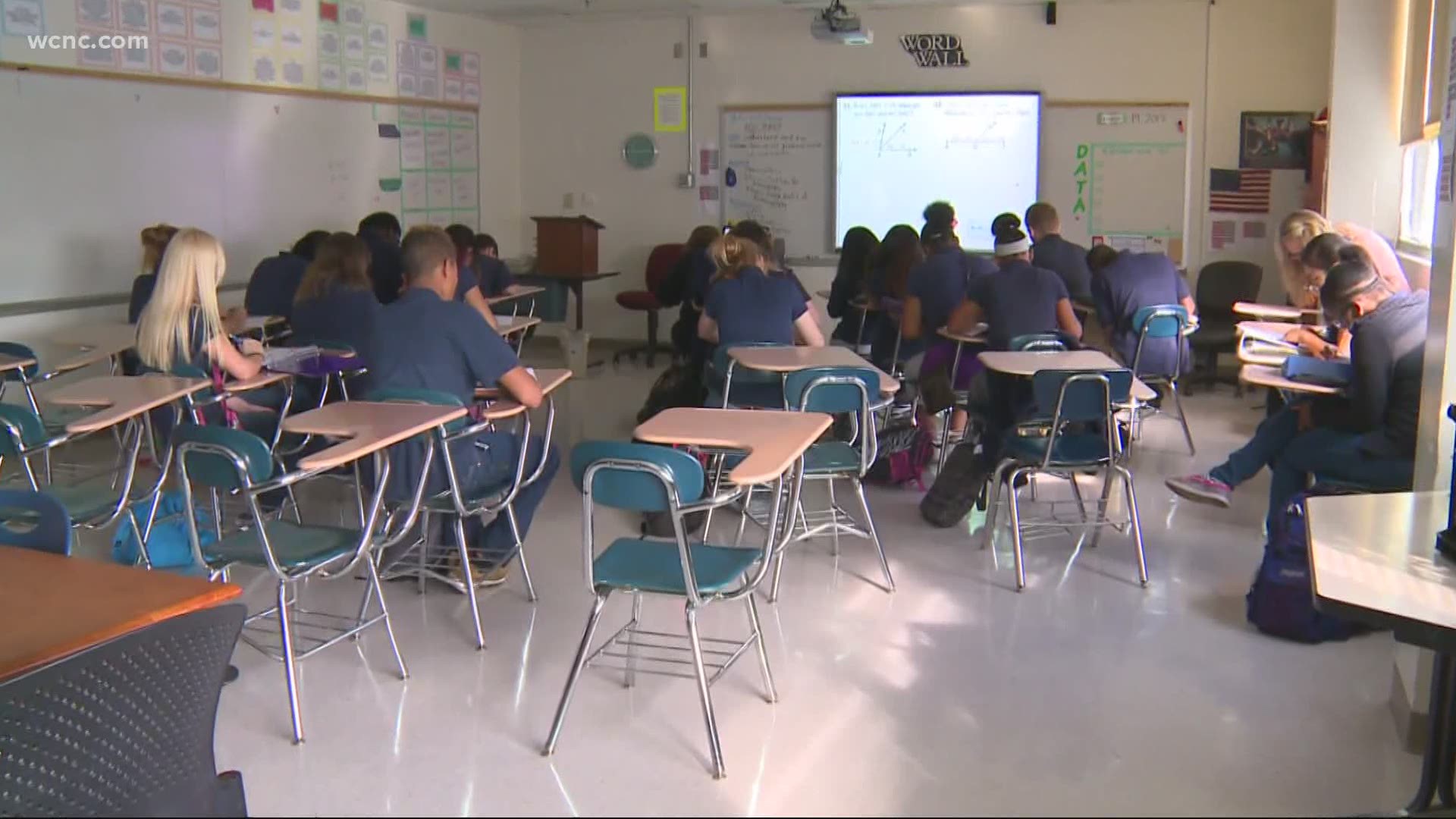 ROCK HILL, S.C. — The Rock Hill Schools reopening task force presented its recommendation for the upcoming school to the board during a virtual meeting Monday. Monday night, the Rock Hill Board of Trustees approved a plan for the school year.

The approved plan will include an in-person alternating schedule, in which half of the students come to school in-person one day, the other half the next day. Full plans are expected to be released next week.

The task force's recommendation was based in part on a survey sent to parents in the last month. They were given two options, with option 2, an in-person alternating schedule, winning the poll.

Board of Trustees approves @RockHillSchools Return to School Task Force recommendation 7-0. More information will be shared with parents tomorrow. Full plan details will be released next week. #OneTeamOneMissionOneRockHill

This option will allow Rock Hill schools to reopen on August 10 but on a rotating A/B schedule. Half of the students will come to school in-person one day, the other half the next day. This means kids will have two days of face-to-face instruction per week.

Monday would become "C Day" for students with special instructional needs. The task force said it will use a blended learning approach, and teachers will need a lot of support.

Rock Hill and other school districts will pay upfront for personal protective equipment and cleaning supplies but they're hopeful the state will reimburse them.

RELATED: Charlotte high schoolers say they're 'out of touch' with learned material. Here's what else they had to say