'Security actions' ahead at CMS after guns, knives seized from several students

According to the superintendent, the school district must do something tangible to keep weapons off school campuses. 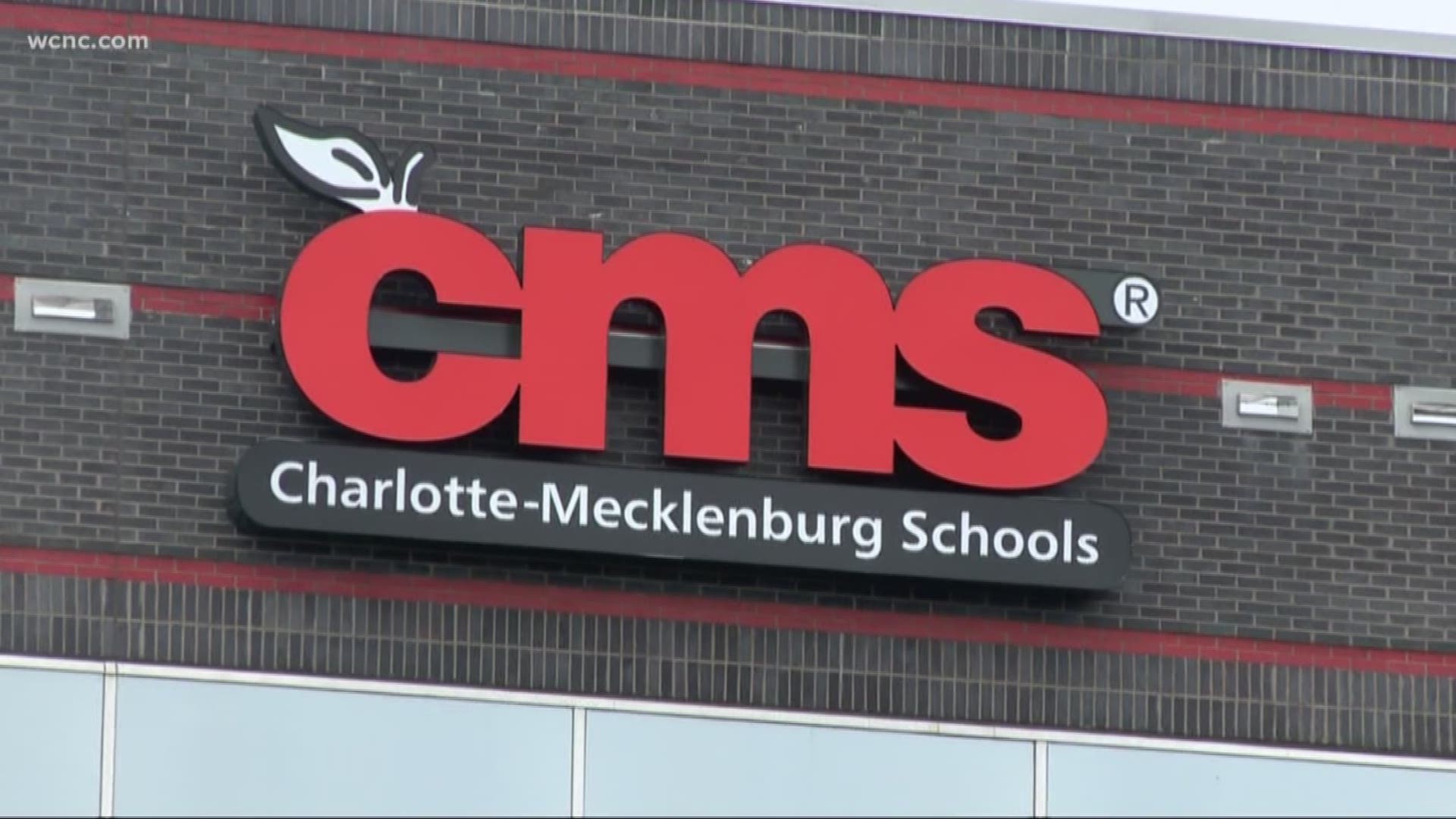 CHARLOTTE, N.C. — Some Charlotte-Mecklenburg Schools could soon have metal detectors after all.

The CMS Superintendent announced Wednesday night at a school board meeting that he and other school leaders would be meeting Thursday to re-evaluate safety options.

“We’re going to look at everything once again,” said CMS Superintendent, Dr. Clayton Wilcox, saying that included safety measures not all parents are comfortable with.

“The safety of all is going to trump how people feel,” he said.

Parents against installing metal detectors in schools argue it would make schools feel like jails, and that kids would find ways around them. The superintendent said the school district must do something tangible to keep weapons off school campuses.

“Learning organizations ought to be sanctuaries for kids and the fact that we are going to have to look at some of these emergent technologies to protect our kids is really a difficult thing for a school system to come to grips with but we know we have to,” Wilcox said. “We just can’t seem as a community to get our hearts and minds around keeping guns out of the hands of kids.”

Over the last two weeks, police reports show eight weapons were seized from students on CMS campuses. Additionally, multiple schools received threats by students that they were going to "shoot-up" or "blow-up" their school.

On October 29, the same day 16-year-old Bobby McKeithen was gunned down down in the halls of Butler High, police reports showed several students at Olympic High received death threats by a suspect who threatened to bring a bomb to school.

The next day, Charlotte-Mecklenburg Police said a gun was seized by police from a student at Garinger High.

On November 5, police said a 12-year-old student at Carmel Middle was arrested after telling school staff he was going to shoot up the school. And at West Mecklenburg High, police said they seized a knife from a student.

On November 6, CMPD said a student was found with a BB gun on the campus of Mallard Creek High.

Numbers for 2017-18 school year haven’t been released, but during the 2016-17 school year, a state report shows CMS led the state with 19 guns seized from CMS campuses.

Superintendent Wilcox, senior district leaders and principals convened this morning to begin reviewing all CMS safety and security measures. CMS will soon announce the first set of new and revised security actions. The district will craft additional longer-term safety solutions after engaging students, families, teachers, principals, staff, experts, stakeholders and partners during this school year. The district’s current circle of safety and security information is available under Back to School on the CMS website.CMS encourages parents and guardians to talk with their children about the impacts of violence, remind them that adults are here to support and help them when they need it, and assure them we are all working hard together to keep guns out of schools. The district will reach out to families, students and staff with updates and opportunities to be involved as this work moves forward.