As of September 25, the district reported two students with active cases of COVID-19. There are 17 schools in the district and tens of thousands of students. 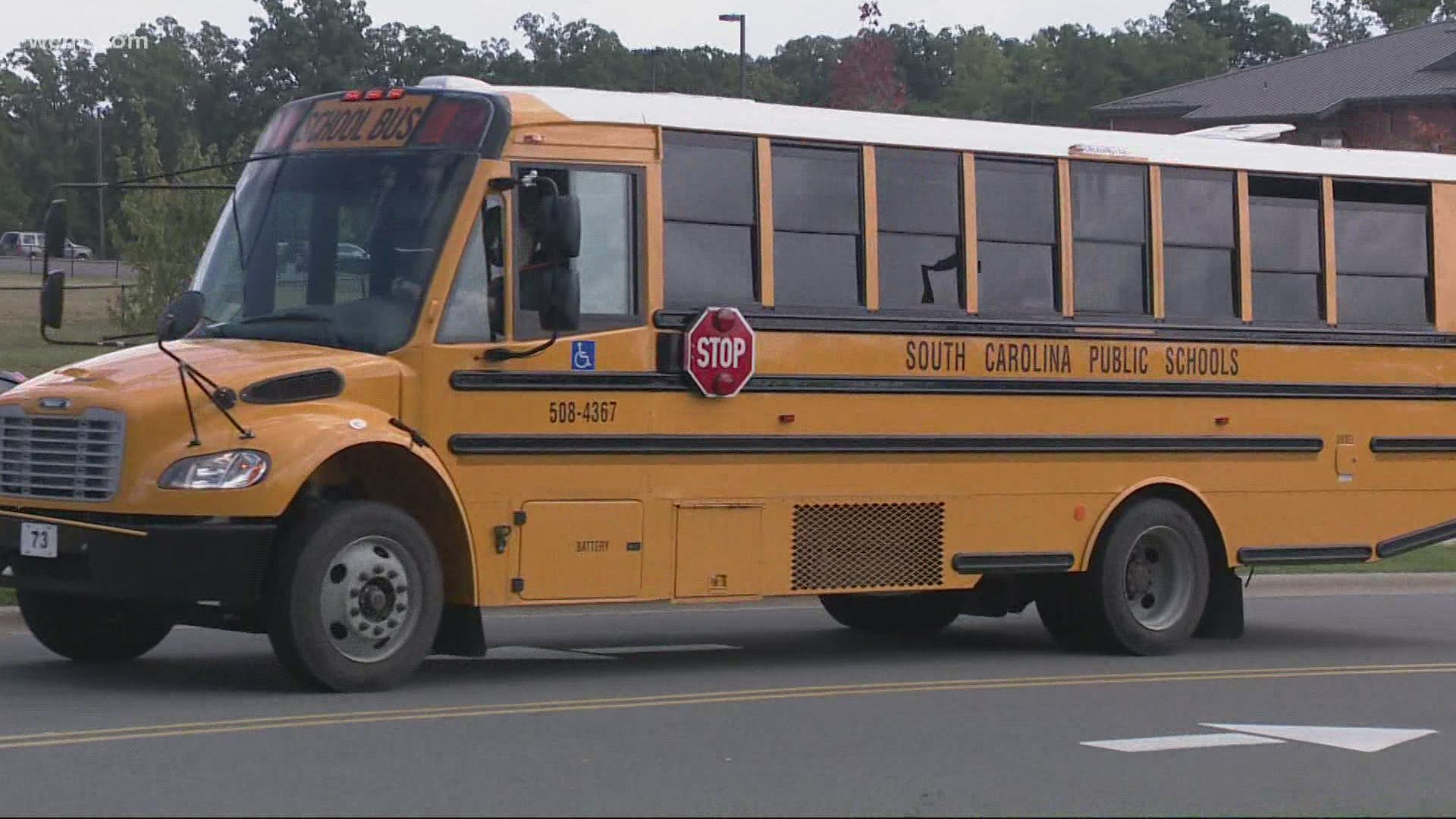 York #4, Fort Mill Schools, became one of the first districts in the Charlotte area to return some students to a full in-person learning schedule.

Students have spent the first month of school in a hybrid, A/B schedule. Middle and high school students will continue that schedule, but elementary students are returning five days per week under a “family model.”

“It’s a lot less transitioning during the day, the kids are not moving to other classes for their special classes," explained Fort Mill schools spokesperson Joe Burke. "They’re also eating breakfast and lunch in the classroom."

School district leaders outlined the return plan over the summer.

Burke says leaders were closely monitoring metrics and case counts both in the community and in the schools during the hybrid schedule before deciding to move into the next phase of return.

“There were a lot of changes at the elementary level and we believed that starting at the A/B schedule for a few weeks could help the kids ease into it,” Burke said. “Plus, it gives us a chance to see how the cases were gonna react once schools were open before we move to this five-day plan.”

As of September 25, the district reported two students with active cases of COVID-19. There are 17 schools in the district and tens of thousands of students.

“We’re going to continue to monitor it,” Burke said. “If we were to have a spike or something were to happen across the area or in the state we’d have to remain fluid but, as of now, we’re very happy to be on plan and moving forward.”

Parents in the pick-up line outside of Tega Cay Elementary said they felt comfortable with the safety measures in place.

“I’m excited, my son’s excited to be back in school learning with his friends,” said Elizabeth Goldstein, whose son is in kindergarten this year. “I didn’t have any apprehension. Lots of handwashing, face coverings, sitting behind shields, they’re doing a great job.”

The number of students in each classroom still remains much lower than an average year, Burke said, due to the number of families that chose the virtual academy option.

Middle and elementary students made a full-year commitment to remote learning. High schoolers will have an opportunity to transition to in-person instruction after the end of the first semester.

Middle and high school students do not yet have a date set for the full return to classroom instruction. Burke said the transition older students do from one classroom to another makes it more challenging to bring them in full time.

“We’re still gonna reevaluate at middle and high but right now everything seems to be moving smoothly,” Burke said. “The goal for us is to get everybody back full time… we’re hopeful that will happen before the end of the year.”