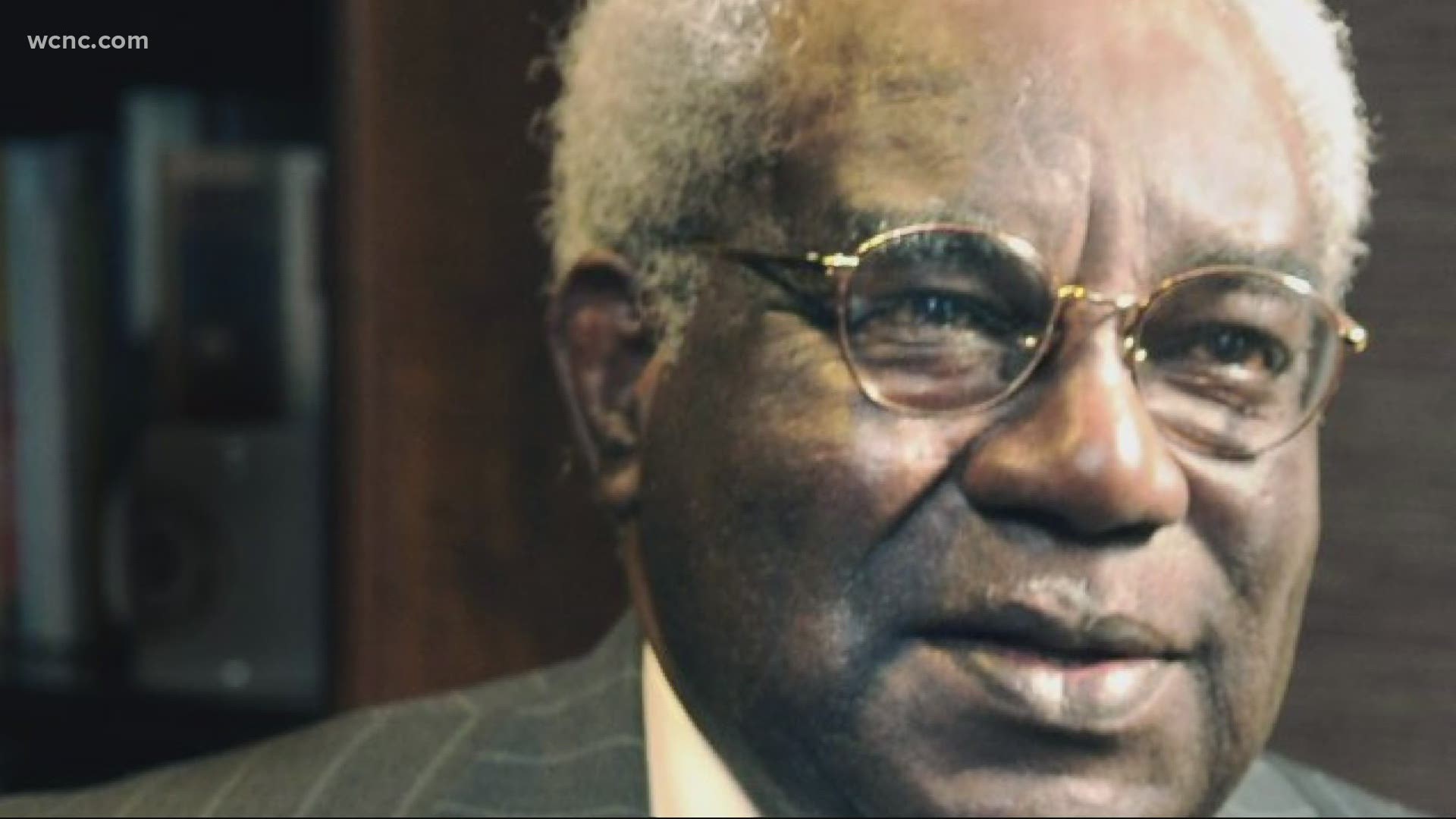 CHARLOTTE, N.C. — Charlotte-Mecklenburg Schools leaders have officially voted to change the name of Vance High School at Tuesday's board meeting. The CMS Board of Education voted unanimously to change the school's name to Julius L. Chambers High School.

The school was named after Zebulon B. Vance, a former North Carolina governor and US senator, who also owned slaves and was a soldier in the Confederate army during the Civil War.

CMS was considering three names for the school, including renaming it after civil rights icon Julius L. Chambers, which is a stark difference from its current namesake.

Chambers was a prominent civil rights leader and attorney. In 1971, Chambers won a Supreme Court ruling that desegregated buses in the CMS district, paving the way for integration in Charlotte's schools.

RELATED: CMS Board of Education starts process of renaming of Vance High School

CMS said over 1,200 community members and 500 students were surveyed about the three names, with the community's most popular choice being to name the school after Chambers.

At the meeting Tuesday, CMS  Superintendent Earnest Winston made the recommendation for the name, speaking on Chambers' legacy as a civil rights leader in the Charlotte-area.

RELATED: 'We're doing more now than we ever have before' | A day in the life of a CMS teacher