The district superintendent announced the decision Saturday at a special school board meeting. 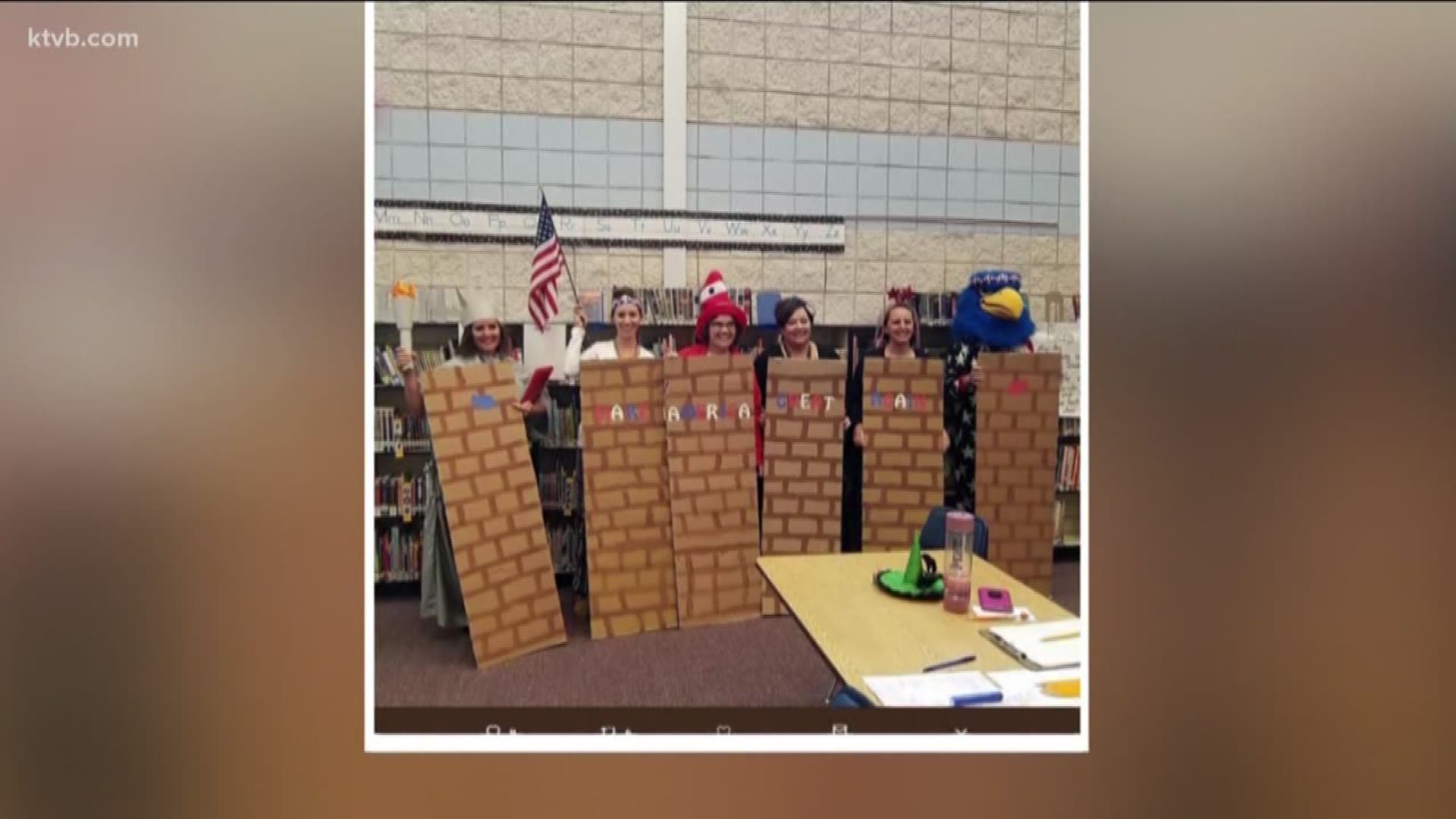 After the announcement, the board went into executive session, which is not open to the public.

Board Chairman Tim Winkle says the costumes were part of a team building activity after school hours.

Photos were posted to the district's Facebook page Thursday night and later removed, but screenshots captured the images that went viral.

This comes after the superintendent of the Middleton School District apologized Friday after at least a dozen teachers dressed up as pieces of a border wall and Mexican stereotypes for Halloween.

The teachers at Middleton Heights Elementary dressed as the "wall" posed behind large cardboard pieces painted to look like bricks, with "Make America Great Again" spelled out in red-white-and-blue letters. Others donned brightly colored ponchos and sombreros, or mariachi garb. One woman posing in the picture appears to have written MEXICAN in capital letters across the brim of her sombrero.

The photos were posted to the Middleton School District's Facebook page. They were later deleted, but screenshots of the costumes began to circulate, drawing condemnation from people in the district and beyond.

Dr. Josh Middleton, the district's superintendent, said in a video posted to the same Facebook page Friday morning that he wanted to "express my sincerest and deepest apologies" for the costumes.

ALSO: Middleton School District goes back to voters with bond for a third time

"I was shown those photos and [was] deeply troubled by the decision by our staff members to wear those costumes that are clearly insensitive and inappropriate," he said.

The superintendent said he learned about the photos after an upset parent reached out to him Thursday night. The district immediately launched an investigation into the situation, he added.

"We are better than this. We embrace all students," Middleton said. "We have a responsibility to teach and reach all students, period."

Middleton Police said Friday that they were aware of the costume controversy, and have increased patrols around Heights Elementary "to ensure safety, security, and hope for a peaceful resolution."

The teachers who wore the costumes have not been publicly identified, and it's unclear whether they will face termination or any other discipline.

Middleton said he did not believe the teachers intended to hurt students' feelings with their costume choices. About 9.5 percent of Middleton's population of roughly 7,400 people are Hispanic or Latino, according to 2017 census data.

The costumes were made during a team building activity for the teachers and staff.

"Do I think there was a malicious intent in this poor decision? No, I don't," he said. "Was there a poor judgment involved? Absolutely."

The uproar comes at a critical point for the district, which is asking voters to approve three bonds totaling $28.8 million to finance upgrades and a new elementary school on Election Day Tuesday.

Middleton vowed the district would learn from the costume scandal and work to improve.

"Now our work begins in looking into this matter and learning from this and changing, and again, being the school we can be, the school district we know we can be, rather than what was displayed on Thursday," he said.