The Guilford College area restaurant posted on its Facebook that it was Diane Keaton's first time eating Chick-Fil-A. 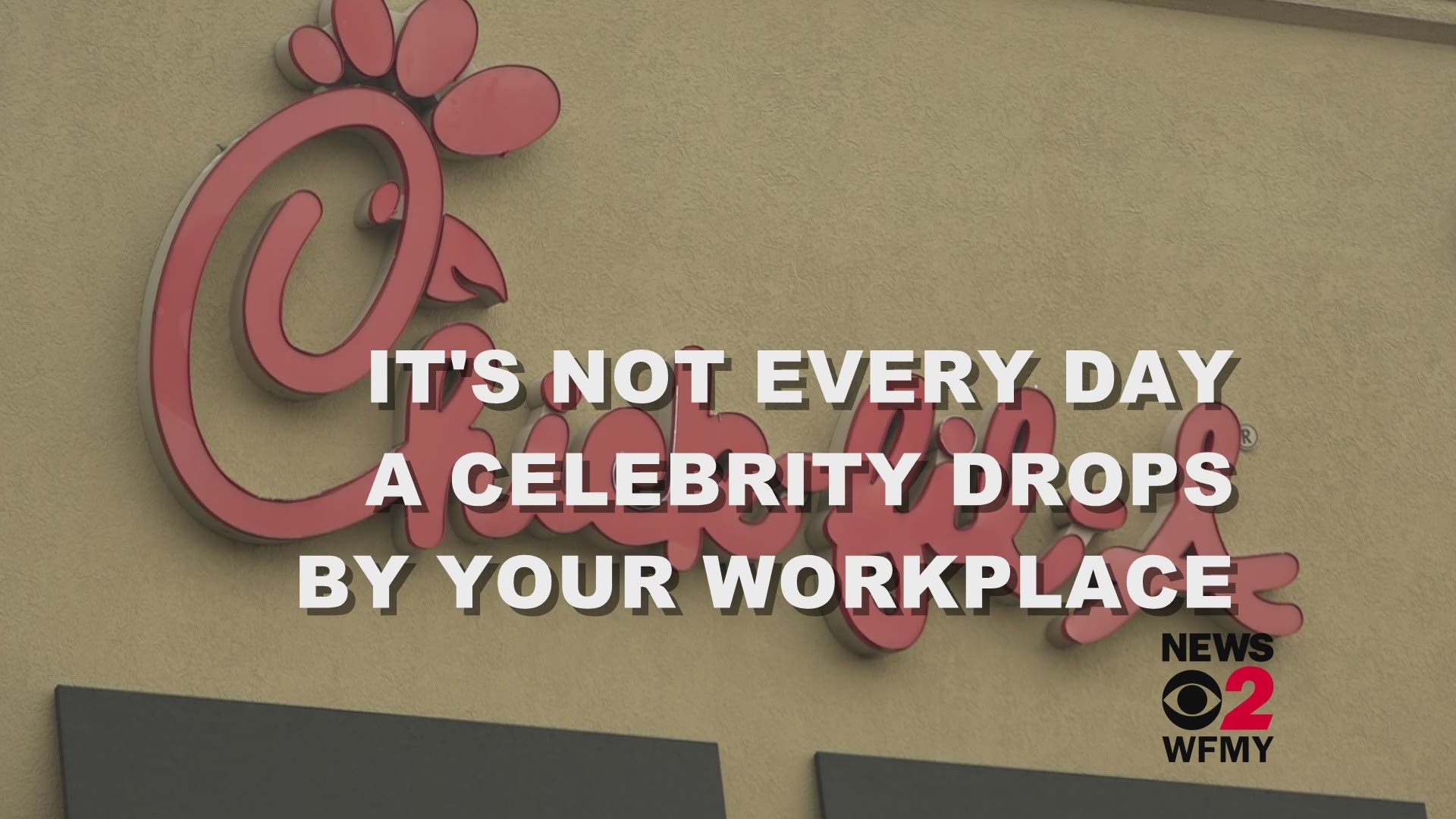 GREENSBORO, N.C. — Employees at a Greensboro Chick-Fil-A are a little starstruck. That's because actress Diane Keaton dropped in Friday afternoon!

The Guilford College area restaurant posted on its Facebook that it was Diane Keaton's first time eating Chick-fil-A and we are so honored that she and her entourage came to our location for lunch!

Keaton reportedly told employees she was amazed by how quick the service was because of how busy they were when she stopped in.

What did she like most? According to the restaurant, Keaton absolutely loves the waffle fries with the Chick-fil-A sauce and was super excited about her ice dream cone.

And yes, she posed for a few photos with staff members.

"She was super sweet, genuine and outgoing! It was definitely a pleasure to meet her!," the restaurant posted.

WFMY News 2 has confirmed Keaton is in town for the Fall Furniture Market in High Point, which starts Saturday. A news release says Keaton will share how a passion for interior design led the Academy Award winner to launch Keaton Industries, and to the debut of her industrial-chic lighting collection with Aidan Gray, a Market exhibitor.