There are two big reasons production companies are coming to North Carolina, specifically Charlotte: A grant program and the landscape. 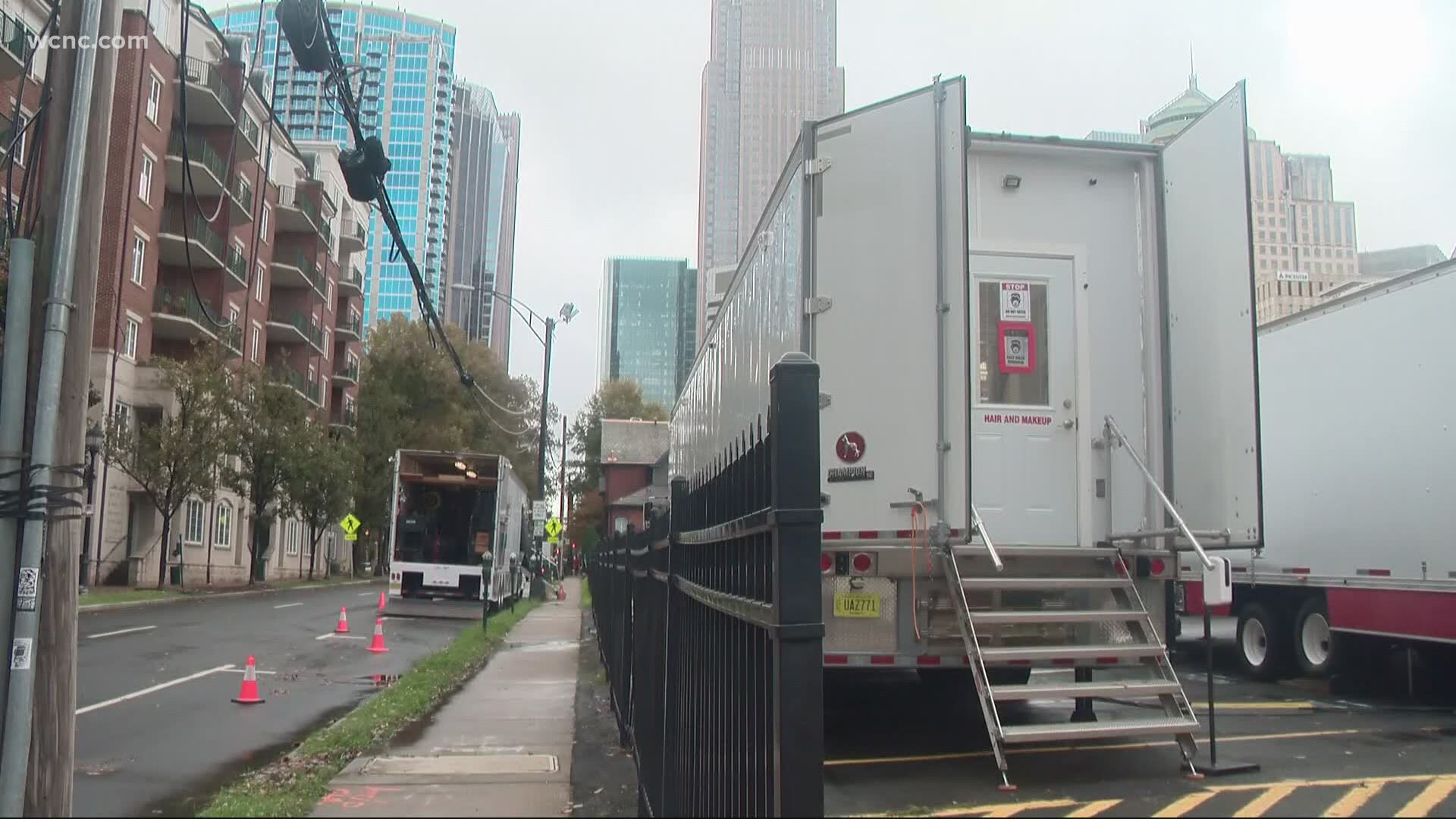 CHARLOTTE, N.C. — From The Hunger Games to The Bachelorette, for a while, Charlotte residents could spot TV and film crews around the city.

Then COVID-19 hit, creating setbacks for the film and television industry in 2020. But now, North Carolina's entertainment industry is picking up pace again.

"It's able to offer a big city, a metropolitan look, but then, you're able to find smaller towns and rural countryside by just going a little out of the city limits," Gaster said.

RELATED: 'The Hunger Games' prequel is all about President Snow's origin

Not only is the location stealing the show, but it's also helping the economy. The six latest North Carolina Film Industry Grant recipients will spend more than $135 million in the state, providing over 7,000 jobs.

"Those numbers are going towards paying in-state, local crew, vendors the production are buying supplies from," Gaster said. "That infusion of cash into the local economy plays a huge role especially in a time like this when everything's such down and there potentially was less spending."

In return, production companies are qualified to receive big bucks, depending on the production. But not all films are eligible for the grant program, and companies don't get paid upfront.

"Are You There God? It's Me, Margaret," starring Rachel McAdams and Kathy Bates is set to begin production in Charlotte in April. The movie is now casting for extras, showing upward momentum for the state's cinema industry.

"Our hope is that 2021 continues to be a strong year for us and that we have productions not just in Charlotte but all around North Carolina," Gaster said.