The hunt for Bigfoot: 'I do believe it's a living, breathing, blood flowing animal'

Most identify the oncoming winter season with cold weather, the holidays and the start of a new year. But that's not the case for John and Joneric Bruner. As frost begins to coat North Carolina's Great Smoky Mountains, they're hoping to prove the existence of a long lived tale. 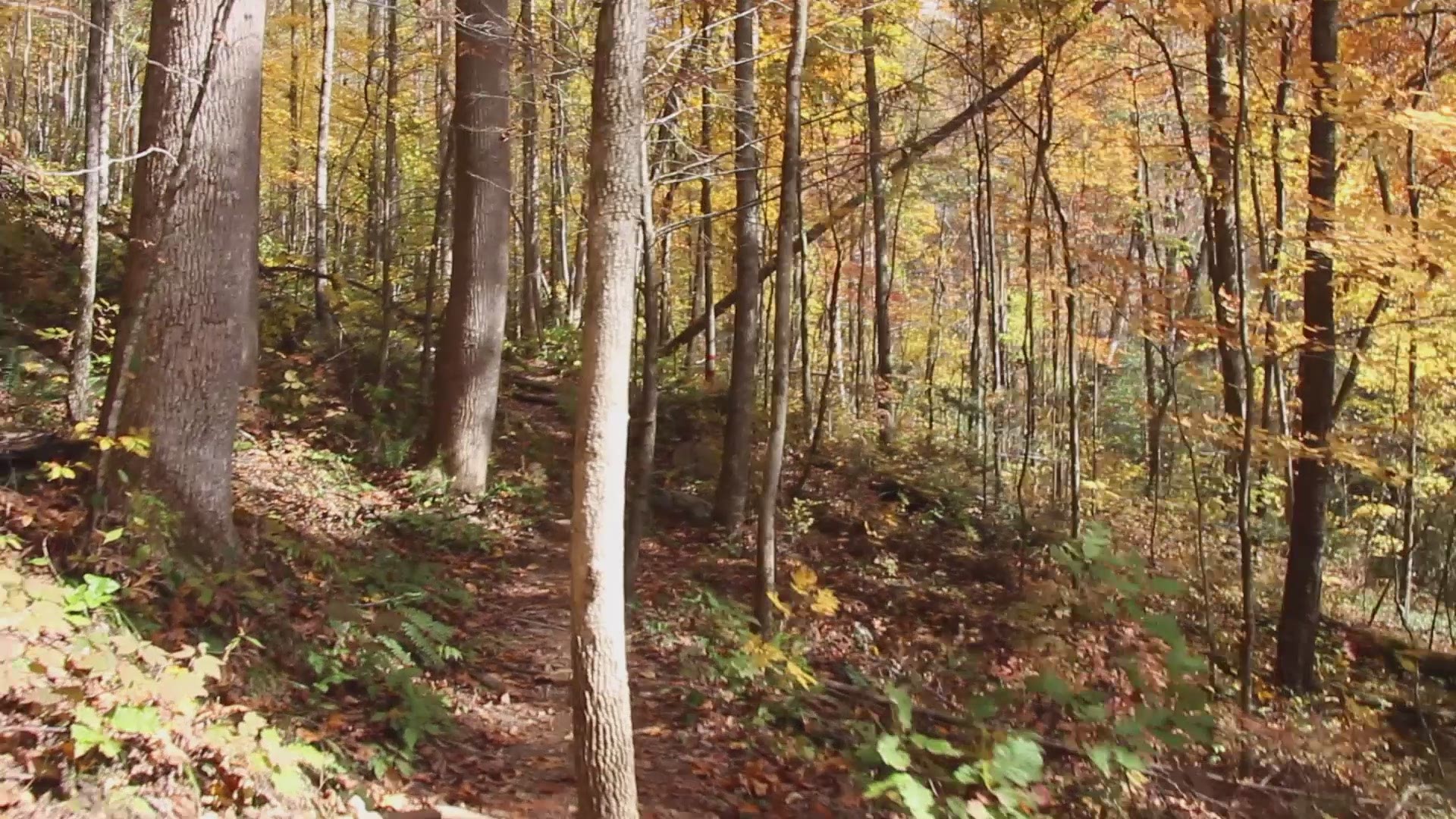 MARION, N.C. -- Most identify the oncoming winter season with cold weather, the holidays and the start of a new year. But that's not the case for John and Joneric Bruner. As frost begins to coat North Carolina's Great Smoky Mountains, they're hoping to prove the existence of a long lived tale.

The two are the creators and admins of Bigfoot 911, a Facebook group and community consisting of over 8,000 members across 26 different countries, including Nigeria, Ireland, New Zealand, Japan, Italy and more.

"I wanted to create something where folks could come and tell their stories without being ridiculed or doubted," John said. "Up to five years ago you didn't talk about this in public and I think there's a lot more sightings out there that haven't been reported because people are afraid to report them."

The sightings John's referring to are of the mysterious phenomenon of Bigfoot. But the creature isn't so mysterious to John...

John says he experienced a moment with the creature he has passionately researched for the past 30 years while on an expedition in McDowell County at night.

"We put glow sticks in trees," John said. "I was standing on a far service road watching about six glow sticks on both sides of the road and one of the glow sticks went out of sight and I turned my head lamp on which is a 10,000 lemer headlamp and it was crossing the road."

John said he immediately took off to follow the creature, simultaneously sending a radio message to his team telling them to check the trees around the area as some theories claim it climbs.

"I scanned to the right and about 30 yards away from me it was standing beside a tree," John said. "We made eye contact for five to eight seconds and then it just turned and walked off on the hill."

After three decades of searching, John was ecstatic and immediately called his son Joneric who was off on a business trip. Joneric deems himself the "skeptic" of the group and told his father to write down everything he had experienced.

"When we measured after the fact it was about nine feet tall, it had long stringy hair and it was like matted looking but it had no hair on its face whatsoever, it looked like a piece of leather across its face," John recalled. "Its nose was totally flat on its face almost like you could see up its nostrils. Its eyes were dark and arms really long, they hung below its waist. I didn't smell any smell... a lot of people report smells but I didn't smell anything other than a musty smell."

Following the sighting, John's story went viral. He was interviewed by radio and television shows across the country as well as internationally. But for John, the attention his story gained wasn't for his benefit, but for the benefit of conveying to people that it's okay to address Bigfoot without being ridiculed. The same reason that he started Bigfoot 911.

While Joneric respects his father's passion, like many others, he needs to see the creature to believe. But his skepticism doesn't stop him from trying or from standing behind his father.

"This may seem like a bunch of rednecks in the woods but this is actually planned out and a lot more sophisticated than that," Joneric said. "It typically takes us about two months to plan an expedition. There's a lot of planning."

Joneric uses his skills from serving in the military as a fire support specialist in the group's intricate approach, design and coordinate planning in hunting Bigfoot.

Small groups go out into undisclosed locations to search for Bigfoot. They typically search in the same areas, which many Bigfoot researchers say is most productive. While they keep an eye out for the creature itself, they also notice directional signs and sounds that are unnoticeable to most.

"Trees break off about eight or nine feet above the ground, just folded over," John said. "The theory is this points to something. Other tree structures are just kind of laying in a tee-pee like pattern but they're interwoven."

The group also listens for "wood knocks," a knocking sound that John first heard over 30 years ago when he was playing in the nearby woods of his home. John believes the creatures live in a family group of up to 15 members in a general area. Wood knocks help them communicate with one another.

"The theory is that they will take sticks or rocks and knock on trees with them and it's a form of communication," John said.

As for what the creature actually is?

"A lot of people theorize that it's a descendant of Gigantopithecus, which is an extinct ape. Others think that it's a relative of the Yeti and it crossed the natural land bridge years ago and migrated," John said. "It does have human traits and ape-like traits, but I do believe it's a living, breathing, blood flowing animal. It's not paranormal. It's not connected with aliens or anything like that. It's an animal."

Like so many other wild animals, John believes the creatures do not trust humans and do everything in their power to hide and stay away from them.

When John saw Bigfoot, he says he didn't even think about pulling up his camera. He doesn't need photographic evidence to know what he saw. As for people that do? John invites them to join him.

"If they (skeptics) have the least bit of doubt, just get up and get out into the woods and see for yourself. I can't change your mind for you. But if you want to know, go see for yourself."

John knows that eventually there will be photographic and scientific proof of Bigfoot. In the meantime, all he can do is encourage others to share their stories.

"We do what we're trying to do because we want it all to be positive," John said. "If we all work together we're going to eventually get this."

John's outspokenness is working. John's hometown of Marion is planning a Bigfoot festival and 5k in September 2018.