Firefighters said a major reason why they needed the extra water was because the water pressure in Spencer is low and they needed to get to a 3,000 gallons per minute pumping rate. 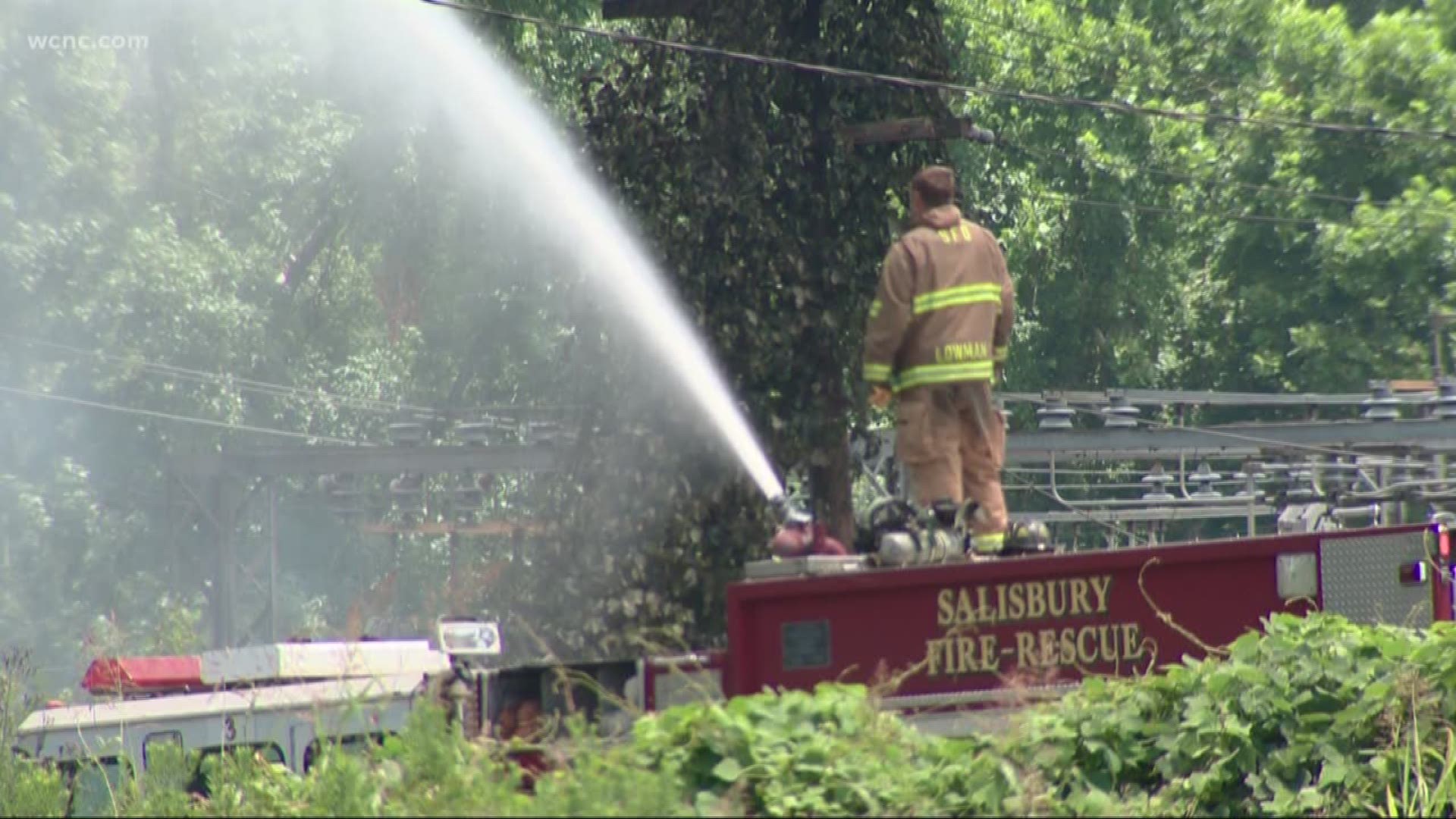 ROWAN COUNTY, N.C. — In between battling a massive scrapyard fire in Rowan County, firefighters shuttled water back and forth from fire hydrants, some up to a mile away.

The fire started around noon at Holmes Iran and Metal on North Long Street in Spencer.

"Just the best one that we could get to," Bostian Heights Fire Department Capt. Chuck Haas said about why firefighters relied on one of the hydrants. "The bigger the fire, the more water you want."

The reliance on other fire hydrants is not exactly what nearby homeowners wanted to hear.

"It's a little nerve-racking," Cole Jensen said. "I think it is an issue."

Salisbury-Rowan Utilities Director Jim Behmer said there was "nothing wrong with the (fire hydrant) system." Behmer said with so many firefighters using so much water and competing for that water near the fire, other hydrants provided better pressure. Behmer said the local fire department tests the flow of its hydrants yearly and requests repairs when necessary.

Despite appearances, Capt. Haas said the added trip to fill up didn't cause any major problem.

"It's not an inconvenience," Capt. Haas said. "They've got some good crews down there. They're handling it."

Firefighters said a major reason why they needed the extra water was because the water pressure in Spencer is low and they needed to get to a 3,000 gallons per minute pumping rate.