“Change is hard for everybody, right. But when you stop changing, you stop growing." 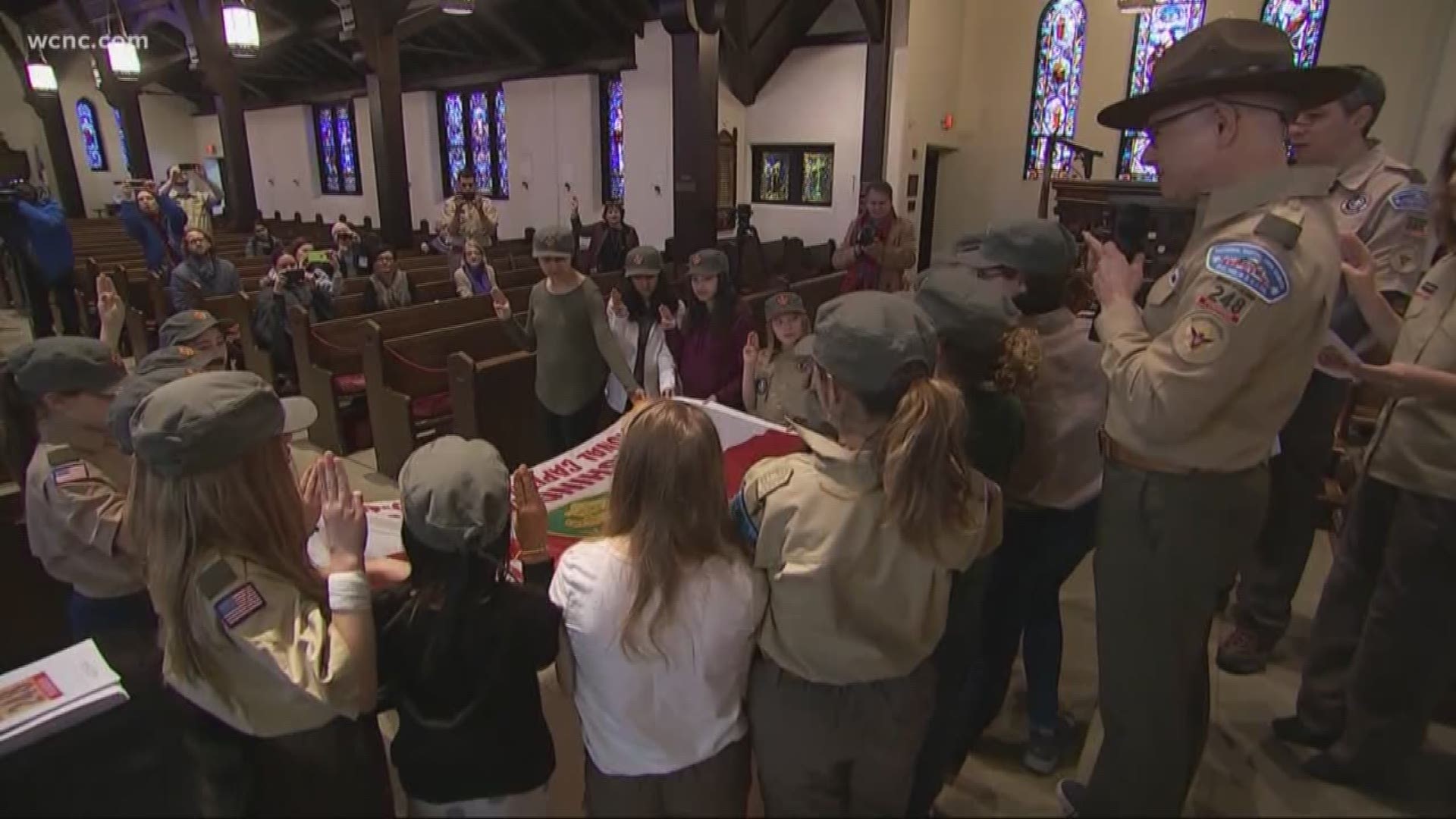 The parent organization name will remain the Boy Scouts of America and the Cub Scouts program will keep its title as well.

“Change is hard for everybody, right," said Mark Turner, Scout Executive with Boy Scouts of America's Mecklenburg County Council. "But when you stop changing, you stop growing."

In Mecklenburg County, there are now 12 all-girl troops enrolling from Davidson to Myers Park and Steele Creek.

While Scouts BSA and Boy Scout troops will have common characteristics, they will remain separate and will not be co-ed units, according to a release.

To maintain the benefits of a single-gender scouting model, each separate troop will have their own Scoutmaster, patrols, and youth leadership tracks. Troops will share some resources for families for the sake of convenience, but they are in fact separate troops, according to BSA officials.

“In fact the new handbook came out last week, exact same handbook, it’s just changed where you can see girls in the pictures now,” Turner said.

So why would girls join the Boy Scout’s new Scouts BSA program and not the Girl Scouts? For many young girls, their interest comes from the opportunity to earn the Eagle Scout Award.

“It’s a very coveted award in our society," Turner said. "I hear employers say all the time if they see an application with the Eagle Scout award on it that application goes to the top.”

Turner said for others, it’s a matter of convenience.

“Families today are super busy," He said. "So if they can go to one location and their boys can be in scouts and their girl can be in scouts, then what better way to serve the family and to give some convenience there so they can be at the same place."

But the changes not welcome by all. Last year, the Girl Scouts sued the Boy Scouts for infringing on its trademark and engaging in unfair competition.

“We are really focused on the all-girl experience, the girl scout leadership experience and really believe that is the premier opportunity for girls to have safe spaces to be who they are and to grow into leaders into this community,” said Angela Woods, CEO of the Girl Scouts Hornets Nest Council in Charlotte.

Woods and Turner both say their organizations have long supported each other, and say they’ll continue to do so. They believe it should come down to which is a better fit for each scout and each family.

They also both agree that no matter which organization you chose, both have the opportunity to better your child and the community.

“I’d say you’d have a better citizen that’s going to get involved and be a part of the community," Turner said. "You have someone that understands, that’s got a bedrock of morals and values that’s going to make good decisions."