Greensboro Mom Tucks Kids Into Bed, Then 13 Bullets Fired At Her Home | 'We Immediately Jumped On the Floor'

GREENSBORO, N.C. — Sunday night, Angela Cunningham had just tucked her two grandkids into bed, when she and her daughter, Natalie, heard a loud bang on the front door followed by a barrage of gunshots.

“Once we heard the shots, we immediately jumped on the floor. Then we ran to check to check on the kids," Cunningham said.

The Greensboro family just moved into the home on Penry Road in July 2019. The shooting Sunday night just after 9 p.m. left the entire family on edge -- two bullets pierced the wall just inches above where her granddaughter was laying in bed.

"There's no way we should be alive today," Cunningham said in an interview with WFMY News 2.

Cunningham said she called 911, and Greensboro Police responded to her home, now riddled with bullet holes. 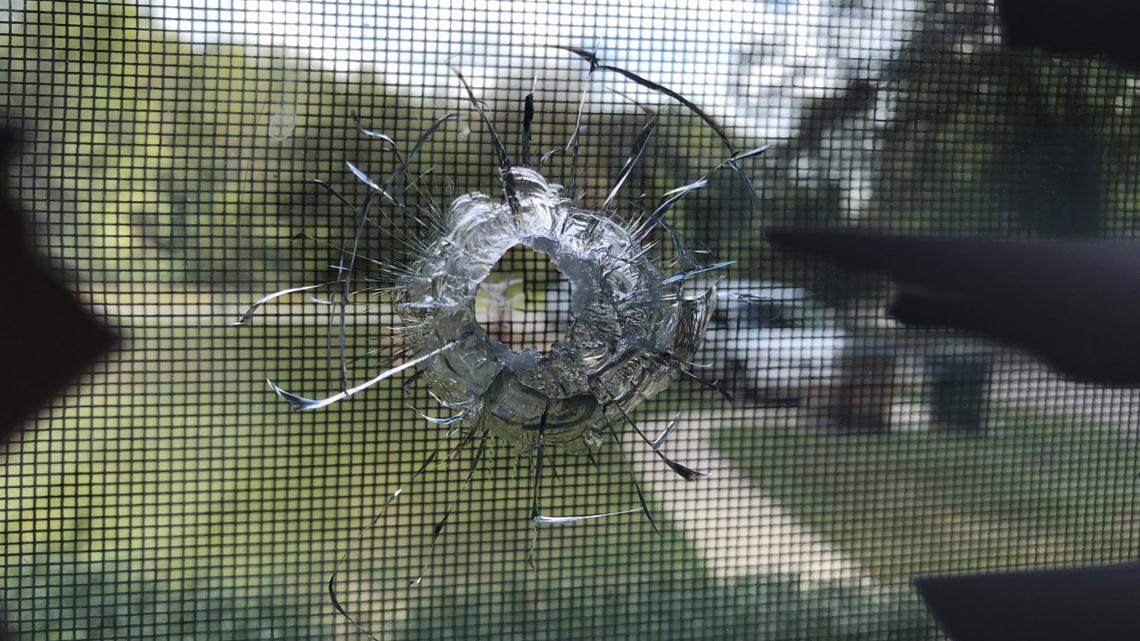 A total of 13 bullets were fired, 6 struck the house, and 3 entered the home, Cunningham said Greensboro Police told her.

"I just believe that grace and mercy were here to protect our family," Cunningham said.

Cunningham said police told her the shooting was gang-related, but the shooters apparently targeted the wrong home.

Nobody was injured, but the mom wants to send a message to the gangs and shooters that her home on Penry Road is not involved in any gang rivalries.

“Stop the gang violence. Put down the guns. We are not who you are looking for. We are new residents here, and there are children in the house,” said Cunningham.