“Everything just goes through your mind all at once," said mom Lori Raymond. 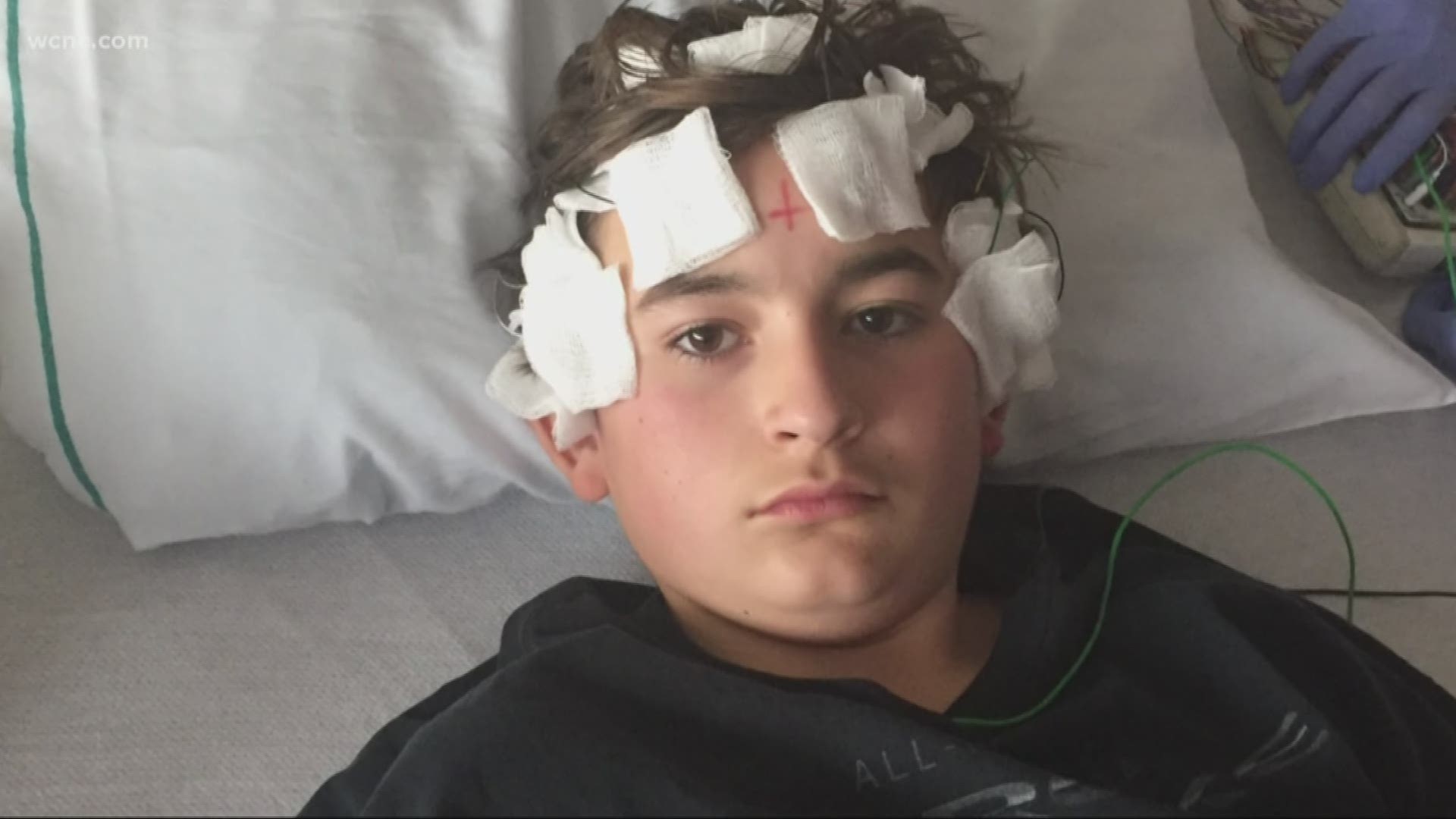 CHARLOTTE, N.C. — Imagine hearing that your child needed brain surgery, and surgeons wanted your child to be awake during the procedure.

“Everything just goes through your mind all at once," said mom Lori Raymond.

Doctors at Novant Health did brain surgery on 12-year-old Levi Raymond while he was conscious.

“At first you’re terrified to hear your son is going to be awake during his brain surgery,” Lori Raymond said.

It all started when her son, an active kid who’s been dirt-biking since he was 3-years-old, was acting funny on his way to school one morning.

“He had like a blank stare he wasn’t responding," dad Gary Raymond remembered.

Then Levi Raymond had a seizure. He was rushed to the emergency room where an MRI showed he had a brain tumor.

“It was terrifying gut-wrenching not to know what to expect, what’s next,” Lori Raymond recalled.

Dr. Erin Kiehna, head of pediatric neurology at Hemby Children's Hospital, did her best to reassure the boy's parents and explained why keeping him awake was so crucial.

“We woke Levi up during surgery so that I could make sure the area of the tumor I had to take out was not going to interrupt his speech or language," Dr. Kiehna said.

A neuropsychologist was also there during surgery, purposefully asking Levi Raymond leading questions. Depending on how he sounded in his answers, Dr. Keihna knew whether she was okay removing that part of the brain.

“Without having him awake I wouldn’t have that key information. My biggest fear that if I had Levi asleep, and I went to take out that area, that Levi would wake up and not be able to talk to us,” Dr. Kiehna explained.

Levi Raymond is a tad shy, but he doesn’t shy away from talking about how grateful he is to his doctor.

“Dr. Kiehna was amazing. 'Cause I’m still here,” he told us.

A typical 12-year-old -- and his parents couldn’t be more grateful for that.

'I just need an opportunity': Laid-off dad passes out resumes on street in Ballantyne