The issue with water at Coulwood follows reports of high lead levels in some other CMS schools. 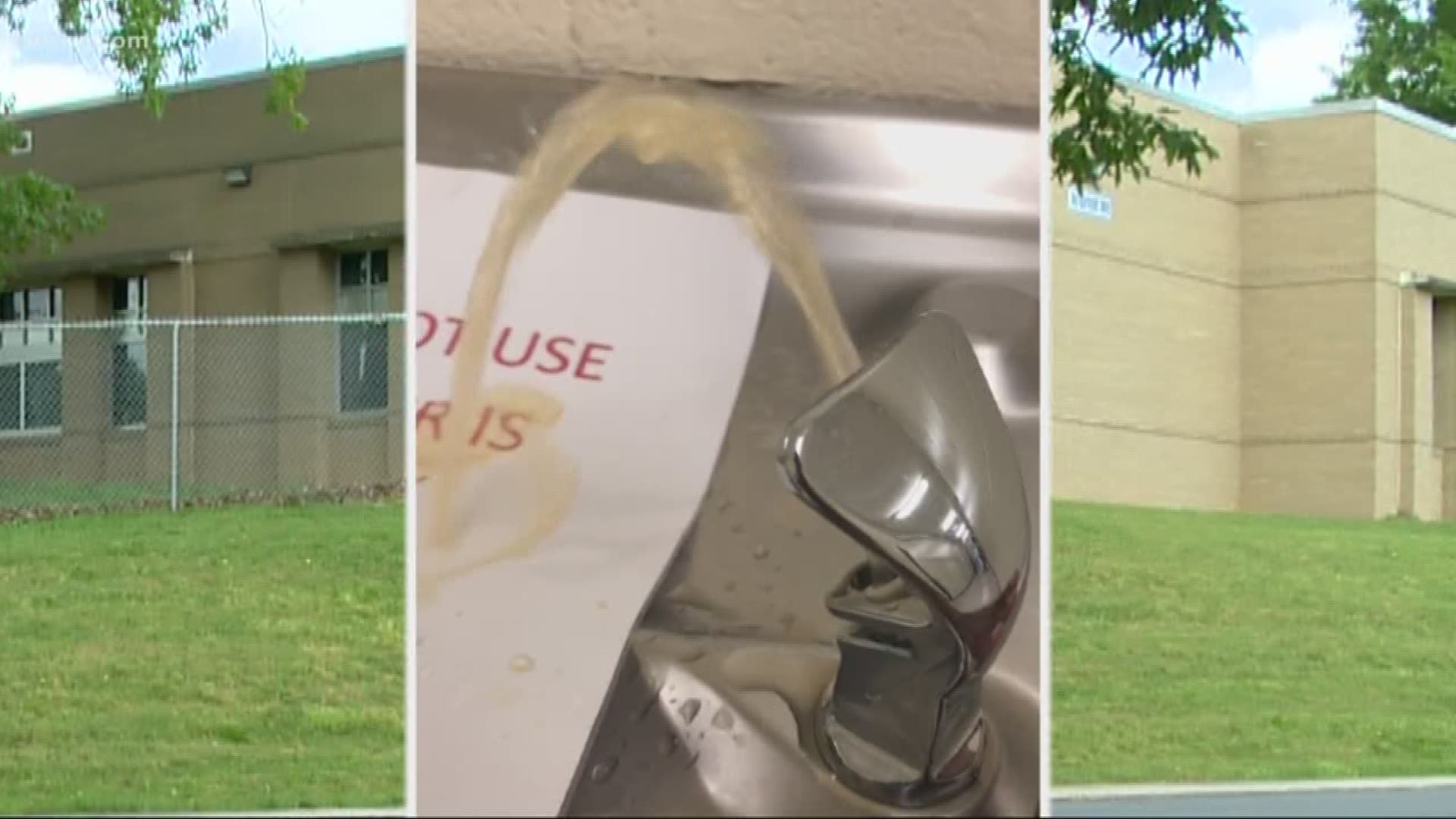 CHARLOTTE, N.C. — Charlotte Mecklenburg Schools is blaming construction work near the school for brown water coming out of two of the school’s drinking fountains and some classroom sinks.

A viewer with access to the school sent NBC Charlotte video of water from one of the fountains that appeared to turn a brownish red color.

CMS Spokesperson Yaviri Escalera said in a statement, “The water fountains were immediately closed off and signs posted informing students and staff not to use them.”

The issue with water at Coulwood follows reports of high lead levels in some other CMS schools.

CMS found elevated levels of lead in nearly half of the first 89 schools to be tested.

One cafeteria water fountain at Garringer High School registered a lead level of 658, more than 43 times higher than the EPA level 15.

The last state Public Health inspection at Coulwood was in May of last year and the school received a score of 83. Drinking fountains were rated then as clean and in good repair.

Since brown water was discovered at Coulwood, Escalera said, “CMS Building Services responded immediately to make repairs including flushing the lines. The school has not had any trouble since.”