CDC warns about dangerous 'kissing bugs' in the Carolinas

The CDC said the insects carry a parasite that can be transmitted to humans and attack the heart. 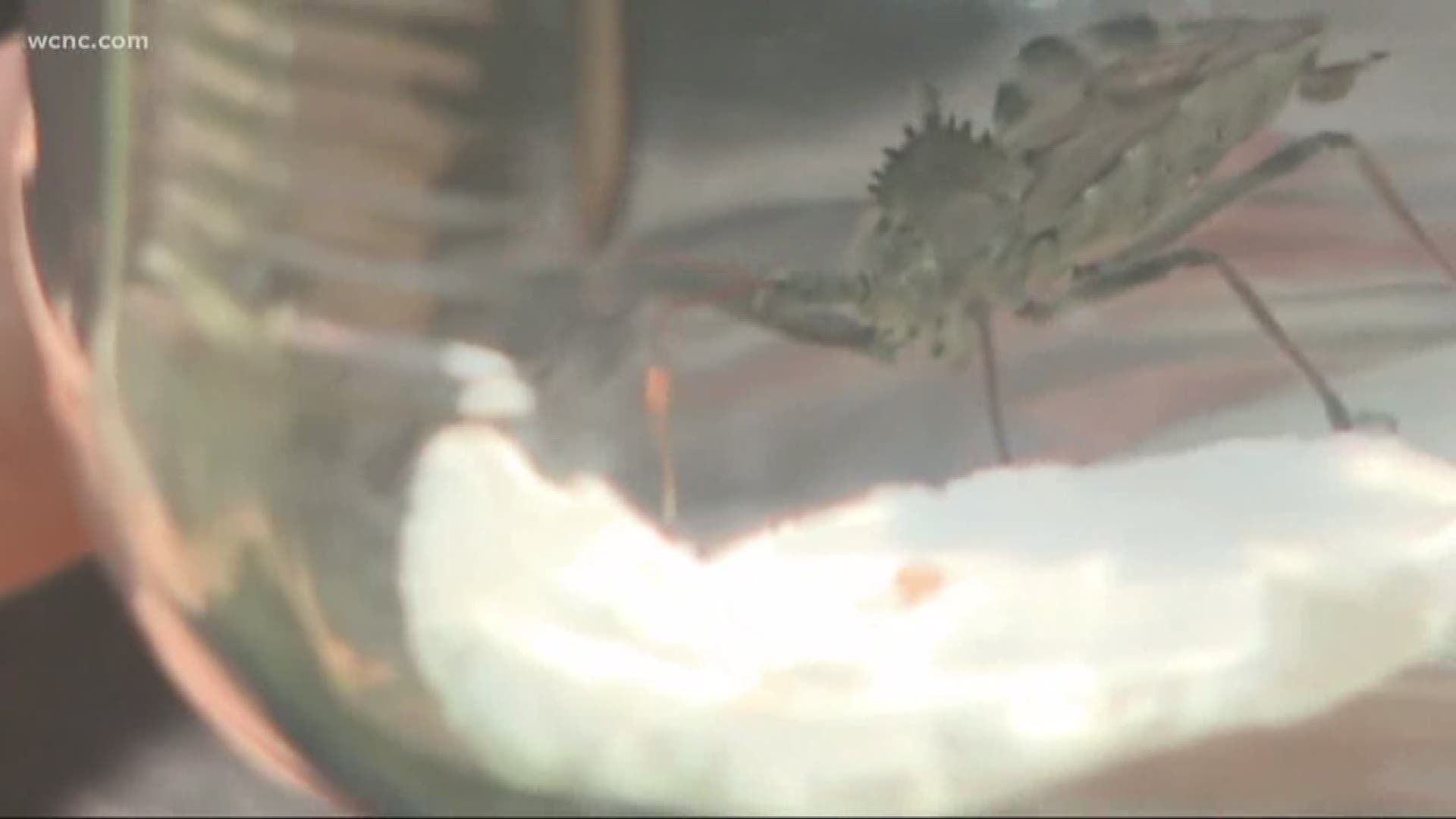 CHARLOTTE, N.C. — The Centers for Disease Control recently reported a girl in Delaware was bitten by a "kissing bug."

While their nickname sounds cute, the insects aren't what anyone wants around their mouth.

The CDC said the Triatomine bugs carry a parasite that can be transmitted to humans causing the "Chagas Disease" which attacks the heart and can potentially lead to death.

"It bites around the mouth, or the eyes that's why it was named the kissing bug. After it has a blood meal, it poops and the feces of the bug has the parasite in it," said Dr. Arash Poursina, an infectious disease specialist with Piedmont Medical Center.

"The person then rubs the feces into an eye, or mouth infecting the person. It is a very dangerous disease. About 30 to 40 percent of the people who acquire the parasite go on to develop cardiovascular problems. It attacks the heart," Dr. Poursina added.

Kissing bugs have been reported in both Carolinas and all southern states. The bite in Delaware was the most northern state to see a case so far.

The CDC said to protect your family, seal gaps in windows, remove brush and trash from your home, and have pets sleep indoors, especially at night.

If a kissing bug is seen around your home, common repellents with DEET and popular insecticides have been proven effective against the bugs.