Patients fighting rare and fatal diseases hang their hope on new experimental drugs not yet approved, but sometimes, they are denied access. 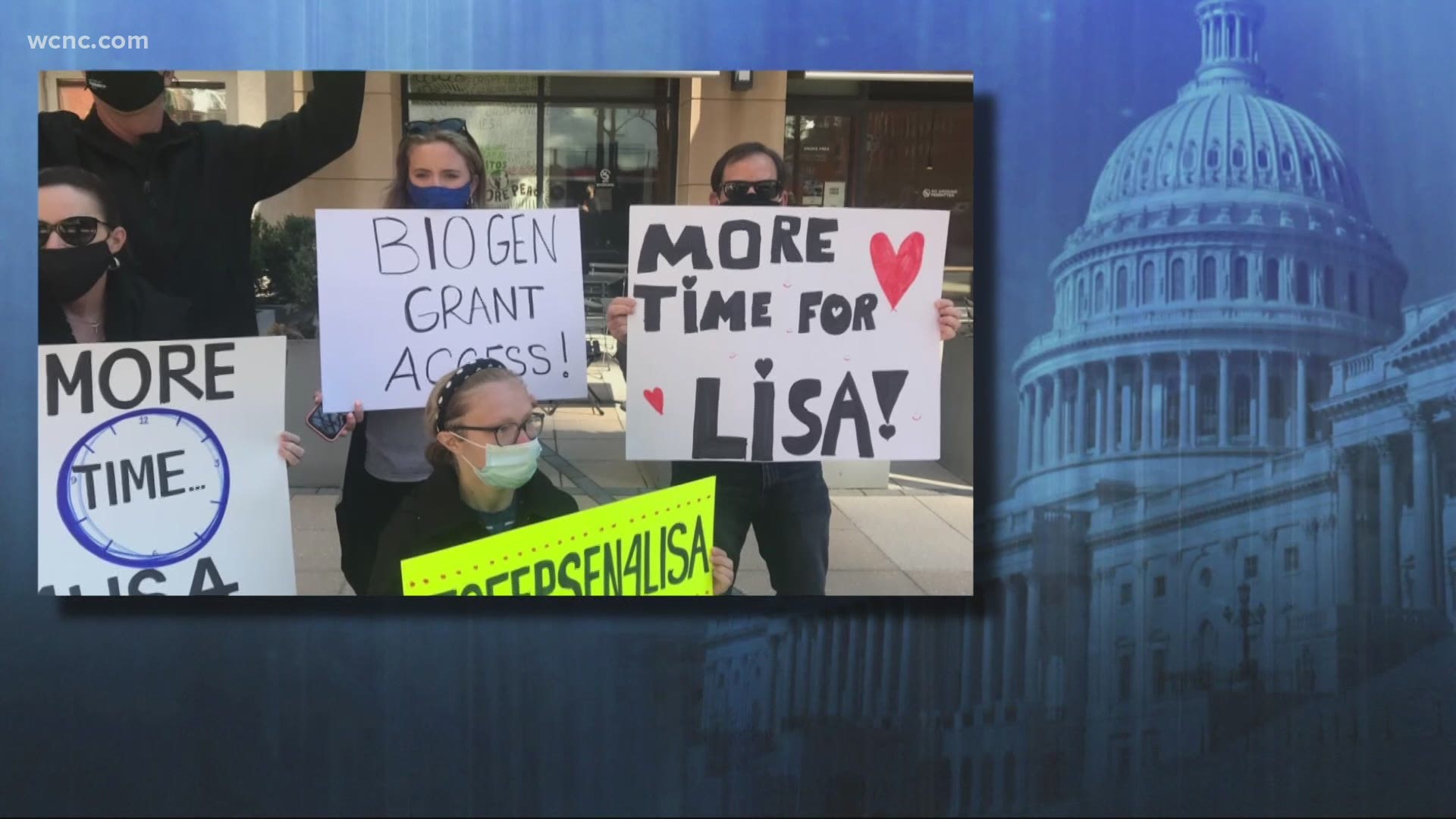 CHARLOTTE, N.C. — Drugmaker Biogen announced it will offer the drug Tofersen to ALS patients in certain circumstances this summer.

Earlier this year, WCNC Charlotte's Bill McGinty began following the story of Lisa Stockman Mauriello, a woman dying from ALS, who pleaded with Biogen for access to Tofersen under "compassionate use."

After initially rejecting her plea, the drugmaker relented and will make it available to patients like Mauriello. For so many families, an investigational drug is their last shred of hope.

Congress is now getting involved to perhaps make laws that would allow people to get these potentially life-saving drugs before they're approved by the Food & Drug Administration (FDA). This might be a law that would force expanded access to some of these drugs.

The fight for expanded use of investigation drugs is taking another step forward with House Bill 3537, which would direct the secretary of health and human services to support research and allow more access to drugs that may help patients with ALS live longer.

"And what this bill does, is, it provides funding to make right to try, a reality. Without it, the drugmakers had to pay for it themselves, but a lot of the companies in the ALS space are small companies," said Michelle Lorenz, a volunteer ALS advocate and co-leader of No More Excuses, which is an ALS watchdog group.

Lorenz said she hopes more legislators everywhere will endorse the bill because lives and living longer are the goals.

There are many faces and lives affected by ALS. Investigational drugs like Tofersen, given at early diagnosis several months ago, would have been helpful to spend more time with Mauriello.

“The chances of her being able to benefit from Tofersen in mid-July, if she is still even with us, are remote, because if she is still alive at that time, she will have deteriorated so much, it wouldn’t be much quality of life," Lorenz said.

Biogen will make the drug available to patients in the fall. Meanwhile, Team Lisa is making an impact by crafting a legacy — and maybe a law — so that other families get what Lisa won't: more time.