It comes as there's a push around the country and in the Carolinas to vaccinate people faster. 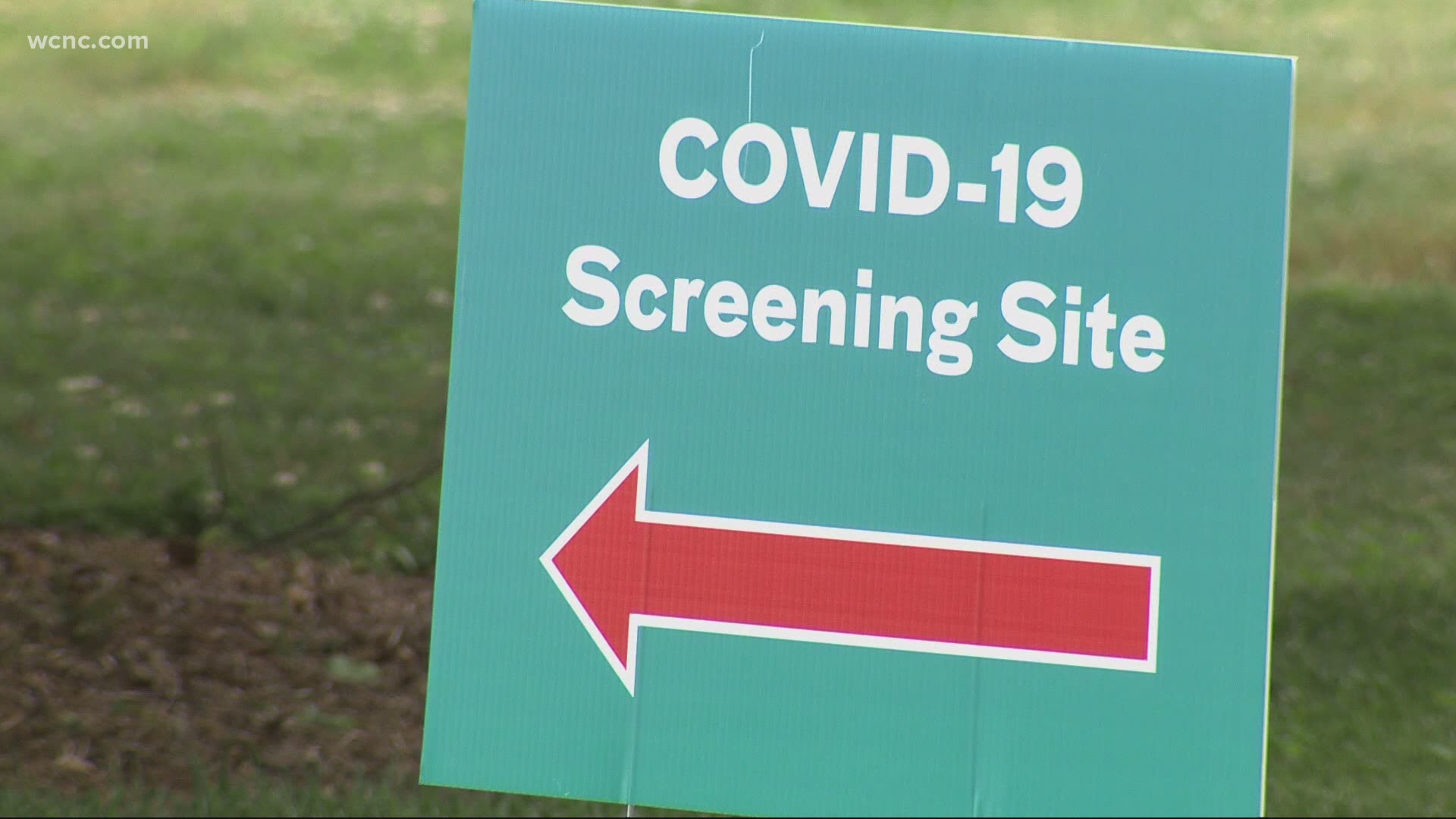 North Carolina received an influx of applications for vaccine distributors since the process started last week. Tryon Medical Partners is among the providers that submitted an application that's still waiting for approval.

At this point, it's mainly been hospitals and health departments distributing the vaccine. It comes as there's a push around the country and in the Carolinas to vaccinate people faster.

WCNC Charlotte learned one provider got the green light weeks before the applications process officially began.

.@StarMedCare CEO Michael Estramonte says they received approval from @ncdhhs to be a #CovidVaccine distributor before the state began officially accepting applications because of the widespread #COVID19 testing they did earlier in the pandemic @wcnc pic.twitter.com/1zgJTOAtEd

Right now, StarMed is helping administer vaccines for the Mecklenburg County Health Department at Bojangles' Coliseum. However, StarMed was also approved to receive their own vaccines, while others are still waiting for the green light.

Before North Carolina officially began accepting applications on Jan. 11, StarMed was already approved to be a COVID-19 vaccine distributor on Dec. 31, according to CEO Michael Estramonte.

“We’ve been accepted almost two weeks ahead of time,” said Estramonte. “We were the only non-hospital, non-health department to be enrolled (on Dec.31).”

Estramonte believes they got a jump start on the approval because of their widespread COVID-19 testing earlier in the pandemic, which he said helped build a strong relationship with the North Carolina Department of Health and Human Services.

“We were kind of in a unique position to be understanding what it means to do high-traffic flow events,” said Estramonte.

Meantime, other non-hospital, non-health department providers, are still waiting for an answer. Tom Williams, the spokesman for Tryon Medical Partners, said they applied to be a vaccine provider on the first day applications were accepted.

“We’re basically in a waiting game to hear back from the state,” said Williams.

Williams said Tryon is capable of storing more than 200,000 Pfizer vaccines in the ultra-cold temperature required, and they’ve already identified more than 10,000 of their patients who are 75 years and up to receive the vaccine early.

“The sooner we can get this vaccine to ‘jabs in arms’, the better off we think our patients will be,” said Williams.

Tryon received an email from the North Carolina Department of Health and Human Services saying they’re dealing with an ‘influx’ of applications. The state also shared a priority list for vaccine distributors, starting with hospitals and health departments, followed by long term care pharmacies and mass vaccinators, and then internal medicine like Tryon Medical Partners.

In the email, the state also said approval does not guarantee a vaccine allocation. Estramonte said they haven’t received an allocation yet, but it could happen in the coming days.

“If they asked us to do it in the next two days, we'd be ready,” said Estramonte.

Williams said Tryon will likely hear back from the state sometime this month or next month, and he says they fully expect they’ll be approved.

WCNC Charlotte reached out to the North Carolina Department of Health and Human Services to see where the application process stands, but at this point have not heard back.