As President Biden raises the bar for COVID-19 vaccinations, some NC providers left with little or no allocations this week

While the top level of government gets more ambitious, some on the ground level like Gaston County are fighting to get a single vaccine allocation this week. 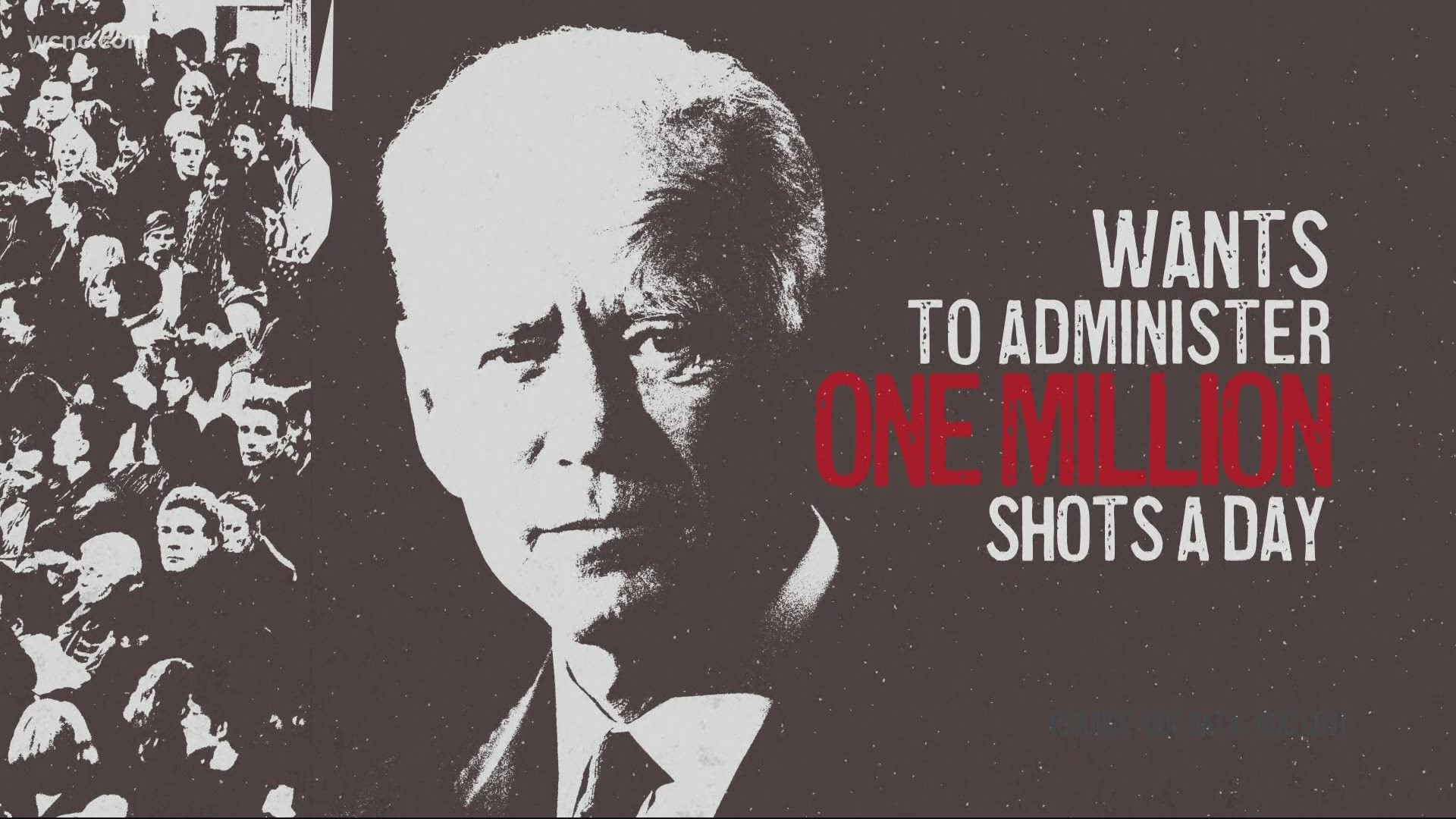 GASTON COUNTY, N.C. — The Biden administration announced it will boost the states’ COVID-19 vaccine allocation for next week by about 16%.

It comes a day after the president said he believes the country can administer 1.5 million shots a day, raising his goal from 100 million doses in his first 100 days in office to 150 million.  However, some providers around North Carolina are struggling to get any shipments this week.

Gaston County officials said they’re getting fewer vaccines than expected this week; in fact, no vaccine allocation at all. It comes as expectations on the national level are growing.

President Biden raised the bar for his first 100 days in office; he bumped up the goal from 100 million vaccinations to 150 million.

On a call with me and other governors this afternoon, the Biden Administration committed to increase vaccine shipments to the states by 16% over the next 3 weeks. (1/2)

However, while the top level of government gets more ambitious, some on the ground level like Gaston County are now fighting to get a single vaccine shipment this week.

“We found out last Thursday the state was not planning to allocate any vaccine to Gaston County, which obviously wasn’t something we were planning on," said Gaston County spokesman, Adam Gaub.

North Carolina is giving more of its weekly allocation to large vaccination sites like the Charlotte Motor Speedway, which created supply shortages in other areas.

“This week is going to feel particularly tight with many providers getting small or no allocations,” said Dr. Mandy Cohen, North Carolina Health Secretary.

“There’s been a widespread cry for more fairness about how the vaccine is distributed,” said Gaub.

Meantime, Moderna said it’s on track to deliver 100 million doses to the U.S. government by March. However, as of right now, South Carolina health officials said they don’t have nearly enough supply to meet demand during a board meeting for the South Carolina Department of Health and Environmental Control.

A day after @POTUS announced a higher goal for the number of #covidvaccinations in his 1st 100 days in office, we learned Gaston Co. and other providers in NC didn’t receive any allocations this week. @wcnc pic.twitter.com/DdRMAnlo0y

Since states play a critical role in ramping up the vaccine effort, WCNC Charlotte asked health agencies in both Carolinas about their vaccination goals during the Biden administration's first 100 days. However, unlike the federal government, at this point, neither North Carolina nor South Carolina has responded with a specific benchmark, which highlights the feeling of uncertainty about allocations in general.

Gaston County officials said they’re working with local healthcare providers to transfer some of the vaccines this week.  At this point, they don’t plan to cancel any appointments or Friday’s clinic.

South Carolina officials said the question from WCNC Charlotte about a vaccination goal in the first 100 days of the Biden administration would be brought up during Wednesday’s news conference.