'Why do we have to pay the price for everything?' | Bar, gym owners react to NC Phase 2 extension

This announcement means that gyms, bars, and entertainment venues will stay closed until at least Sept. 11. 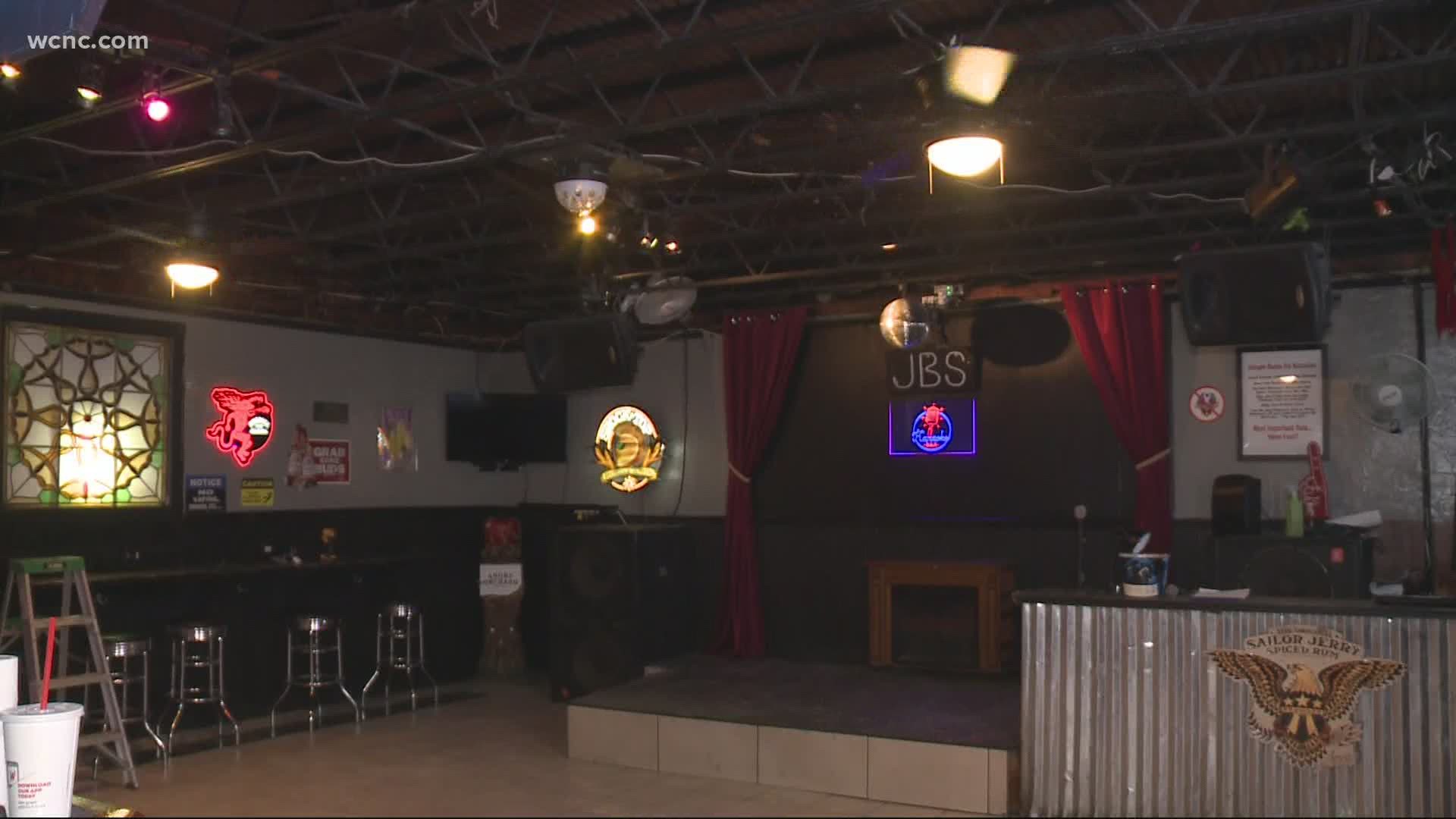 Gov. Cooper said, while the state's coronavirus numbers have shown improvements recently, the impending reopening of schools could disturb the stability of the numbers, which he called "fragile."

"Stable is good, but decreasing is better," Cooper said. "While we are seeing stabilization of our numbers, that doesn't mean that we can let up."

According to Dr. Mandy Cohen, North Carolina Dept. of Health and Human Services Secretary, the state's four key metrics run the middle of the road, neither excellent, nor poor--just meriting further monitoring.

Cohen said reports of COVID-like symptoms are decreasing, but elevated; the trajectory of cases is stable, but high; the positive test rate is leveling, but above-target; and hospitalizations are showing early signs of stabilization.

This announcement means that gyms, bars, and entertainment venues will stay closed until at least Sept. 11.

The owners of Jeff’s Bucket Shop, Michaele and Jeff Larie, were hoping for good news, but the announcement came as yet another letdown.

Since Jeff’s Bucket Shop is a bar and does not serve food, it has continually been left out of plans to reopen businesses in North Carolina.

According to the North Carolina Bar and Tavern Association, 85 percent of establishments with bars in the state have been allowed to reopen. This includes restaurants with bars, wineries, breweries, and more. However, 1,063 private bars are still not allowed to open up.

“Why do we have to pay the price for everything?” Michaele said. “Nobody else is picking and choosing who’s going to be a winner. It’s cherry-picking. So, why are you making private bars suffer when all the other bars are open?”

The owners said it is getting harder by the day to keep the karaoke bar running with bills continuing to pile up and no income.

The owners believe they can space people out and follow the restrictions that other establishments have been asked to follow.

“We’re just asking for the same rules that restaurant bars have,” said Jeff, “and I think we can accomplish what Governor Cooper has stated needs to be done. I think we could do it. He just needs to give us a chance.”

Vibe5 Yoga & Fitness Studio had plans to welcome back clients this weekend if it was given the go-ahead by Governor Cooper.

"It's been very difficult,” said Ansley Melnik, one of the owners. “To be able to practice and workout together is probably going to be one of the best feelings that we could possibly have."

Now the yoga and fitness studio will try to stay flexible and put its reopening plans on hold. It will continue to rely on online classes. 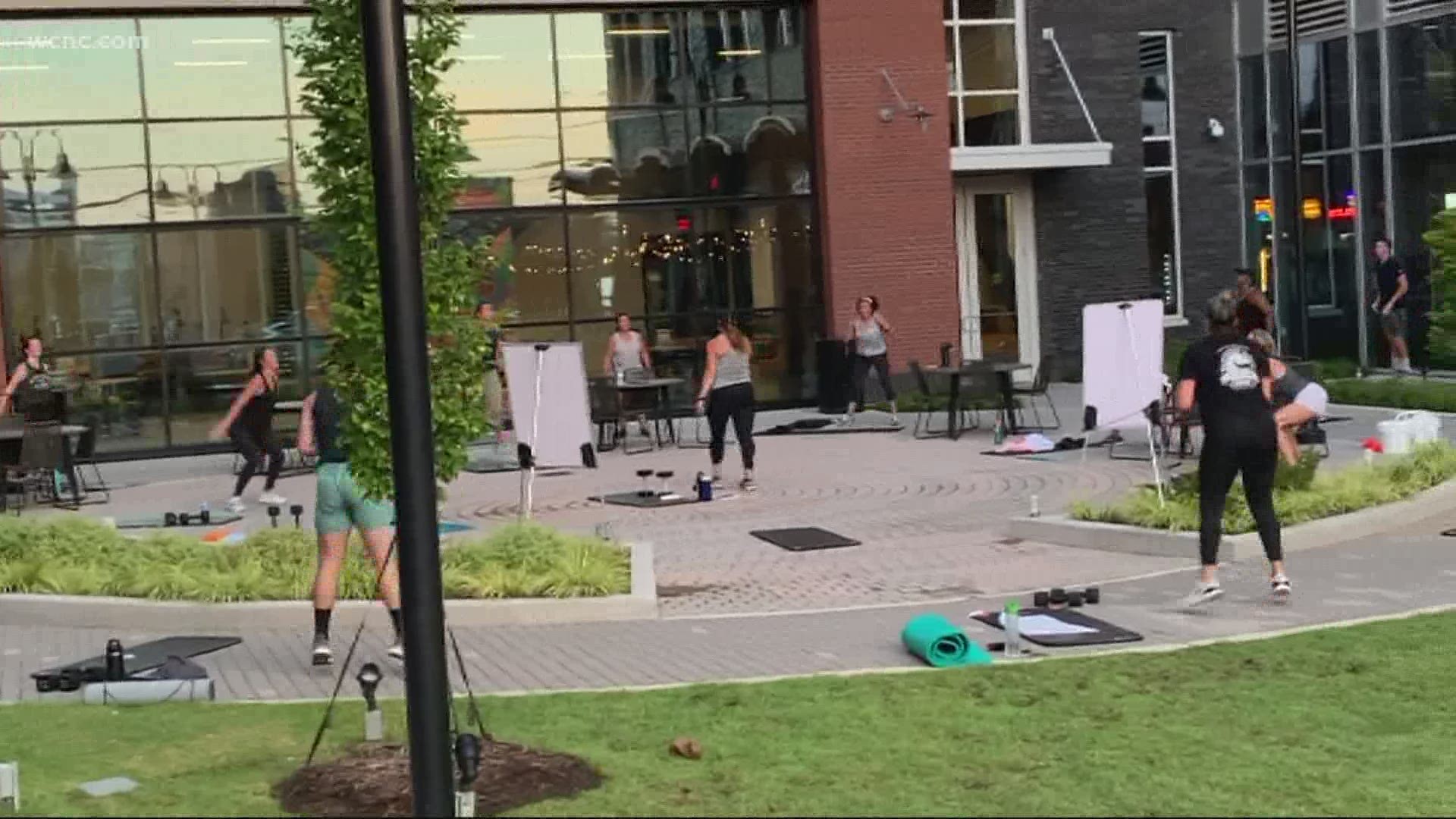 Melnik said it’s important that the studio follows the state guidelines that are set up because she said they are based on science and data.

"We do need to open our doors,” Melnik said. “We do need to get back to business as usual, but we also really prioritize our clients' well-being, their health, and the health of our community at large."

Prior to Governor Cooper’s announcement, Melnik said she would be “disappointed” if the studio couldn’t reopen, but the business would pivot to do what the state deems is safest for everyone.

“We are just ready to follow whatever the Governor dictates is the safest, most important way that we can sort of flatten this curve, move through Phase 2, into Phase 3 at some point,” Melnik said.