Black people are dying from COVID-19 at twice the expected rate, researchers say

Researchers say racial inequality may play a role in how the coronavirus is spreading in minority communities. 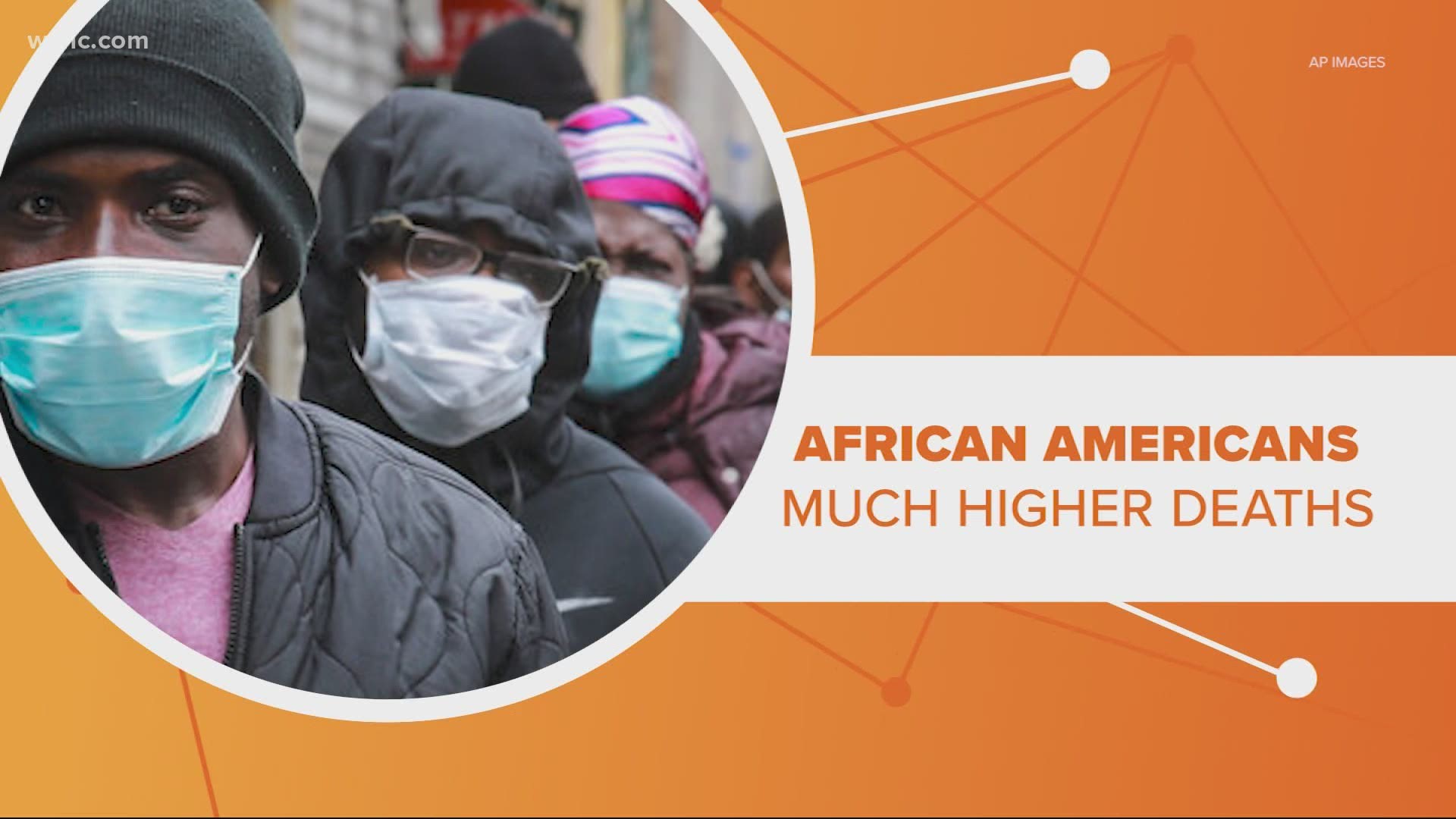 CHARLOTTE, N.C. — You've probably heard the term systemic racism a lot in the last couple of weeks following the death of George Floyd while in custody of Minneapolis Police.

Systemic racism is the idea that there's a racial built into all ways of life that you might not even see. We're talking about jobs, the legal system and health care. For another example, look no further than the COVID-19 pandemic.

Researchers say racial inequality may play a role in how coronavirus spreads as leaders have discovered a disturbing trend in the outbreak. They say African Americans are dying at twice the expected rate from the virus based on population size. There are signs that racial injustice are a factor.

One problem is testing. When the first coronavirus testing became available, analyst say the kits were disproportionately placed in wealthier, whiter communities. It wasn't until more testing as rolled out that doctors detected black people were falling sick at a much larger rate.

Even then, there was a reluctance from some people to speak up. The Washington Post reported that leaders in places like Louisiana were concerned about the stigma, and kept the numbers quiet out of fear that people would use the pandemic to marginalize communities of color.

Activists also point out that the coronavirus, like other diseases, is exploiting long-standing social and economic inequality. That can be everything from a lack of quality medical care to a higher likelihood of working essential jobs.