A judge ruled that bowling alleys do not present any greater risk than other indoor businesses with similar risk factors that are allowed to remain open. 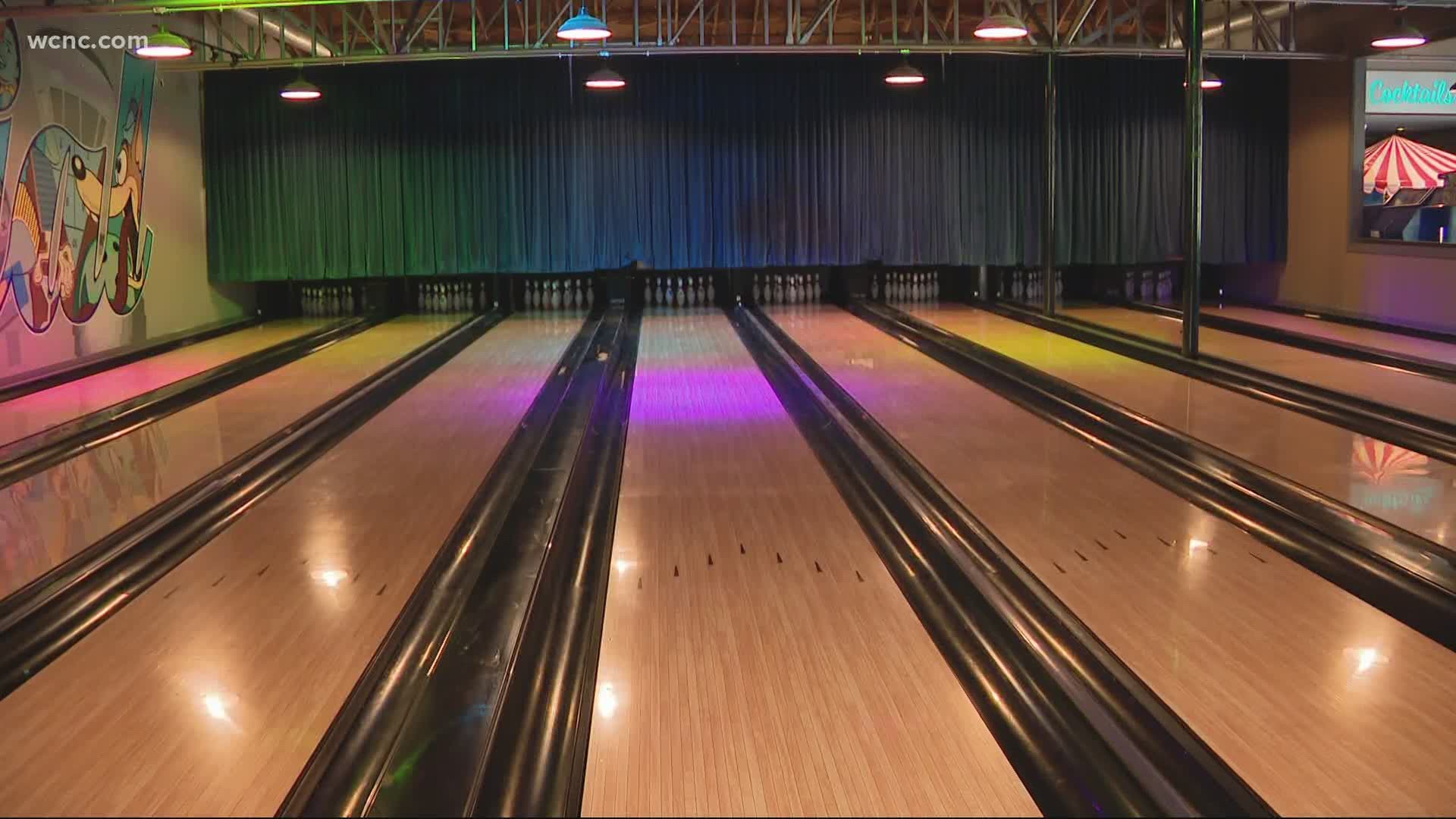 Queen Park Social in Lower South End has been open for more than a month with its restaurant, bar, and game floor.

"As soon as Phase 2 opened and he [Governor Cooper] said that we were good to go, that's when we did it,” said Andrea Nivens, director of sales for Queen Park Social.

However, the bowling alley inside the entertainment house remained closed until Tuesday night.

"They were excited. They were ready. You know, I kind of think it hit everybody by surprise, so I don't think there were as many people as we thought,” Nivens said. “But we have definitely gotten some calls this morning for people ready to come out and bowl."

RELATED: Mooresville bowling alley open despite order to close, says bowlers are happy to be back

Queen Park Social is following the judge’s ruling closely and the safety plan that is outlined.

The requirements include only using every other lane, no one other than immediate family can share bowling balls, and any balls, shoes, or seating areas touched by customers have to be cleaned between use.

"I think that everybody has to just use their best judgment,” Nivens said. “But feel, you know, if you're coming to Queen Park Social that we're doing our part to make sure that everything is clean and safe and sanitary."

Cohen said that patrons typically gather near each other at benches, tables, ball returns, and scoreboards, which puts spectators in close proximity to one another. She also said customers typically share equipment, such as balls and shoes, meaning players could be sharing and touching finger holes touched by other players.

Finally, Cohen said that when people are indoors and their respiratory efforts are elevated from exertion or excitement, that can increase the spread of respiratory droplets and therefore viral transmission.

However, the judge ruled that bowling alleys do not present any greater risk than other indoor businesses with similar risk factors that are allowed to remain open during Phase 2.

Victory Lanes in Mooresville has already been open for more than a week, defying the Governor’s order after the owner of the bowling alley said he had lost hundreds of thousands of dollars in revenue from being closed since March.

According to NBC affiliate WRAL, the state Attorney General's Office has filed a motion to stay the judge’s ruling pending an appeal.

Governor Cooper’s spokesperson issued a statement that said, “Hospitalizations and positive cases are reaching record highs while the Governor works to get schools open and prevent the state from going backward on restrictions. The Governor will immediately appeal this ruling that harms both of these efforts.”

RELATED: 'I don't see how it can happen' | CMS teacher with COVID-19 skeptical of in-person classes