Debunking myths about the flu shot

Now is the time to get your flu vaccine! Dr. Shannon Neale with HealthPartners helps clear up some common misconceptions. 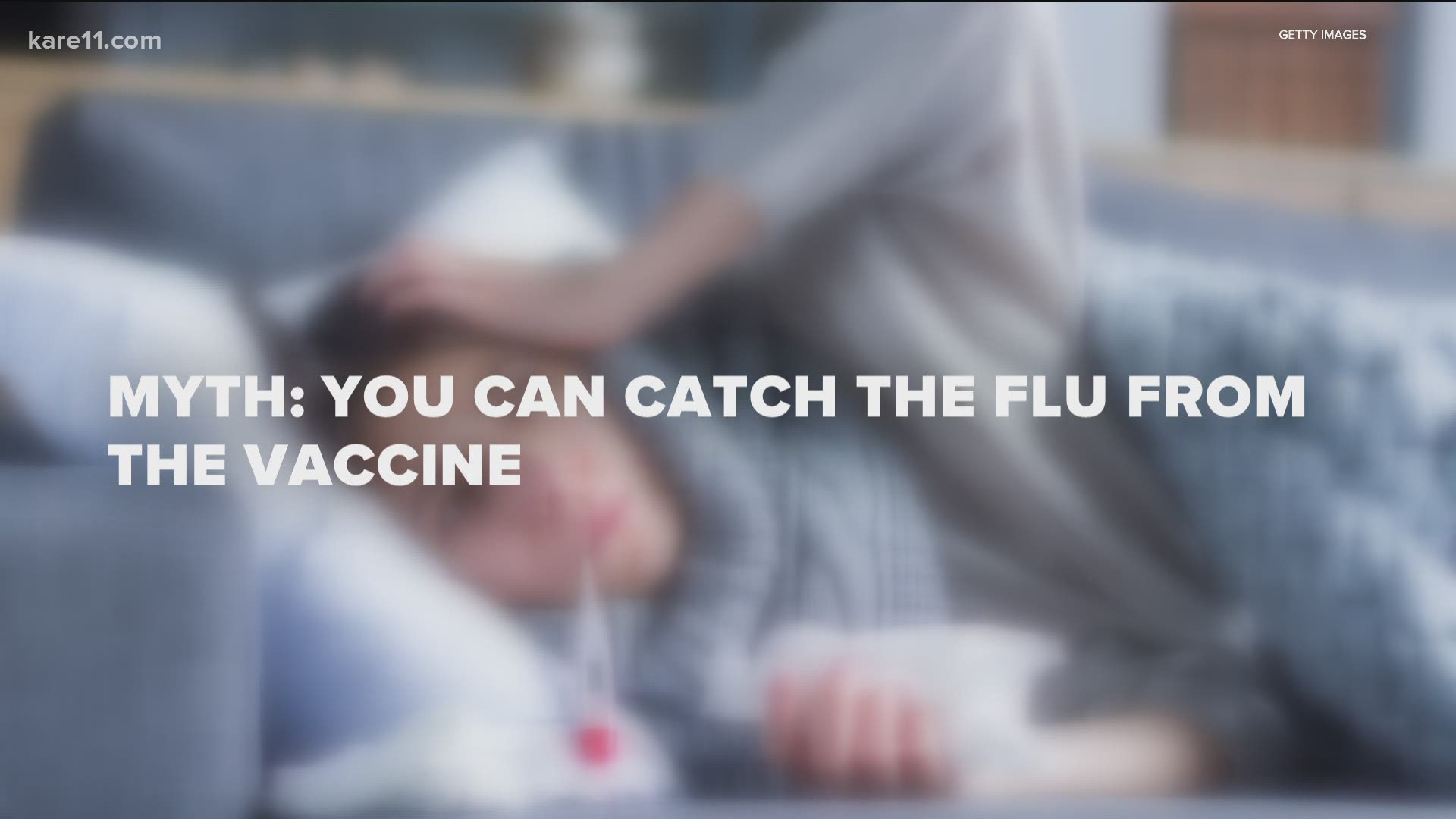 MINNEAPOLIS — Health officials say there's been a robust turnout of people getting the influenza vaccine this year. They say that’s encouraging because it helps protect communities from spreading the virus, and will keep hospitals from getting overwhelmed with patients during the pandemic. But there are still some myths out there that stop people from getting their flu shot.

Now is the time to get your flu vaccine, so Dr. Shannon Neale, a family medicine doctor at Park Nicollet with HealthPartners, helped us bust some common flu shot myths.

The first, so-called studies that suggest the shot could increase your risk of getting COVID-19.

"There will be studies that are published that get everybody riled up and then later they can’t be replicated," Neale said. "It’s really important to not just believe something you read on the internet, but to really investigate it and see if there’s fact behind it and if it’s been substantiated by other studies," she said.

One take Neale said she hears regularly is that you can't catch influenza from the vaccine.

Neale said it's important to keep in mind that the vaccine only protects you from one strain of influenza, so you can catch another strain. So yes, you can get sick from a virus, but the vaccine itself is safe and doesn’t give you the flu.

RELATED: VERIFY: Yes, COVID-19 has killed more Americans in 8 months than the flu in 5 years

"We know that it’s safe, you cannot get the flu from influenza vaccination," Neale said. She believes that misconception comes from people getting their flu shot and experiencing a mild reaction to the vaccination itself.

"Whether it’s just at the vaccine site, getting some redness, swelling, pain there, sometimes people can get a more generalized body aches for a day or two, maybe a headache, maybe even a low grade fever or some mild GI symptoms, and then they think that they got the flu but really what they have is a reaction to the vaccine itself," Neale said.

There is also a thought that healthy people don't need to be vaccinated. Neale said they can still get viruses and they should get the shot to protect themselves and the people around them.

Neale said this myth boggles her mind: Better to get sick with the flu, than the vaccine.

She said bottom line, people can die from the flu. Even young people. "The flu in particular affects young children, pregnant women, older adults and people with underlying health conditions," Neale said. "But we know lots of young healthy people that have died from influenza."

What about the other side of the spectrum, that you should get the flu shot twice to boost your immunity?

Neale said studies show it doesn’t make a difference. "The only people that are recommended to get vaccinated twice in one season are young children who’ve never had the influenza vaccine before."

Neale said the immunity from the shot last about six months. That’s why you get it in the fall, so you’re covered through peak season into the end of the season, which is around May. She said if you think it's too late to get it in November, the best option is still to get vaccinated.