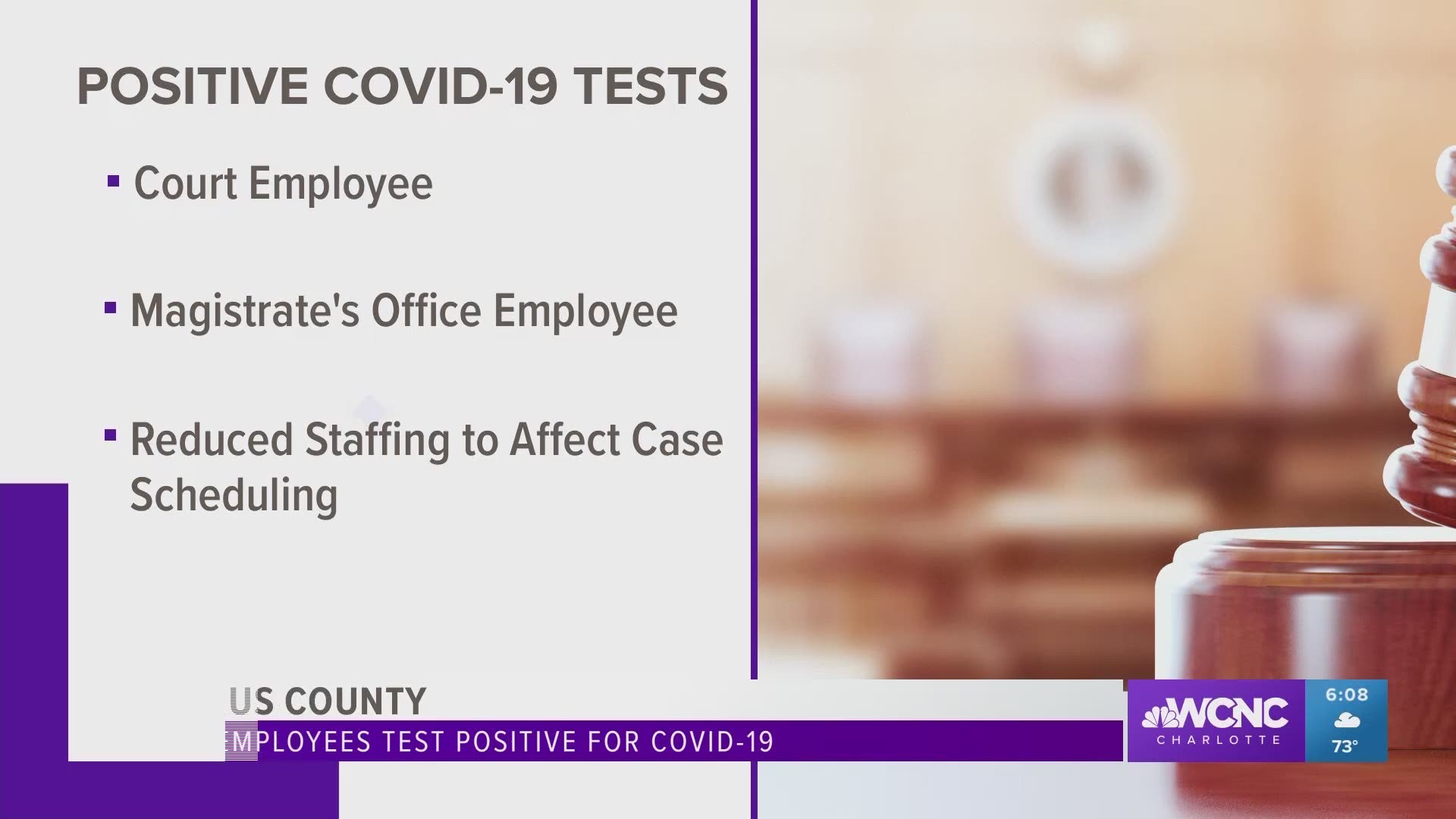 The closing is to allow the rescheduling of cases affected by a reduction in courthouse staff as contact tracing takes place. Officials believe more than a dozen employees may soon need to quarantine due to potential exposure.

Officials said no other Court or Magistrate’s Office employees were exhibiting symptoms. The Cabarrus Health Alliance (CHA), Cabarrus County’s public health authority, is notifying others who have been identified as close contacts and informing them of precautionary steps to follow, including a 14-day self-isolation.

Officials from Cabarrus County Government, which manages the Sheriff’s Administration and Courthouse facilities, have performed a deep cleaning of the Magistrate’s Office and Courthouse following government sanitation guidelines.

To minimize exposure, officials will shift District Court hearings to a virtual platform when possible. Officials said Superior Court cases scheduled after September 28 will not be impacted by this closure.

Anyone with a District Court or Superior Court case scheduled for September 28 should contact their lawyer or the Clerk of Court’s Office on or after October 1 to confirm the rescheduled court date at 704-262-5500.