Redfield said our health officials were some of the first in the nation to discover the virus was disproportionately affecting the Hispanic/Latino community. 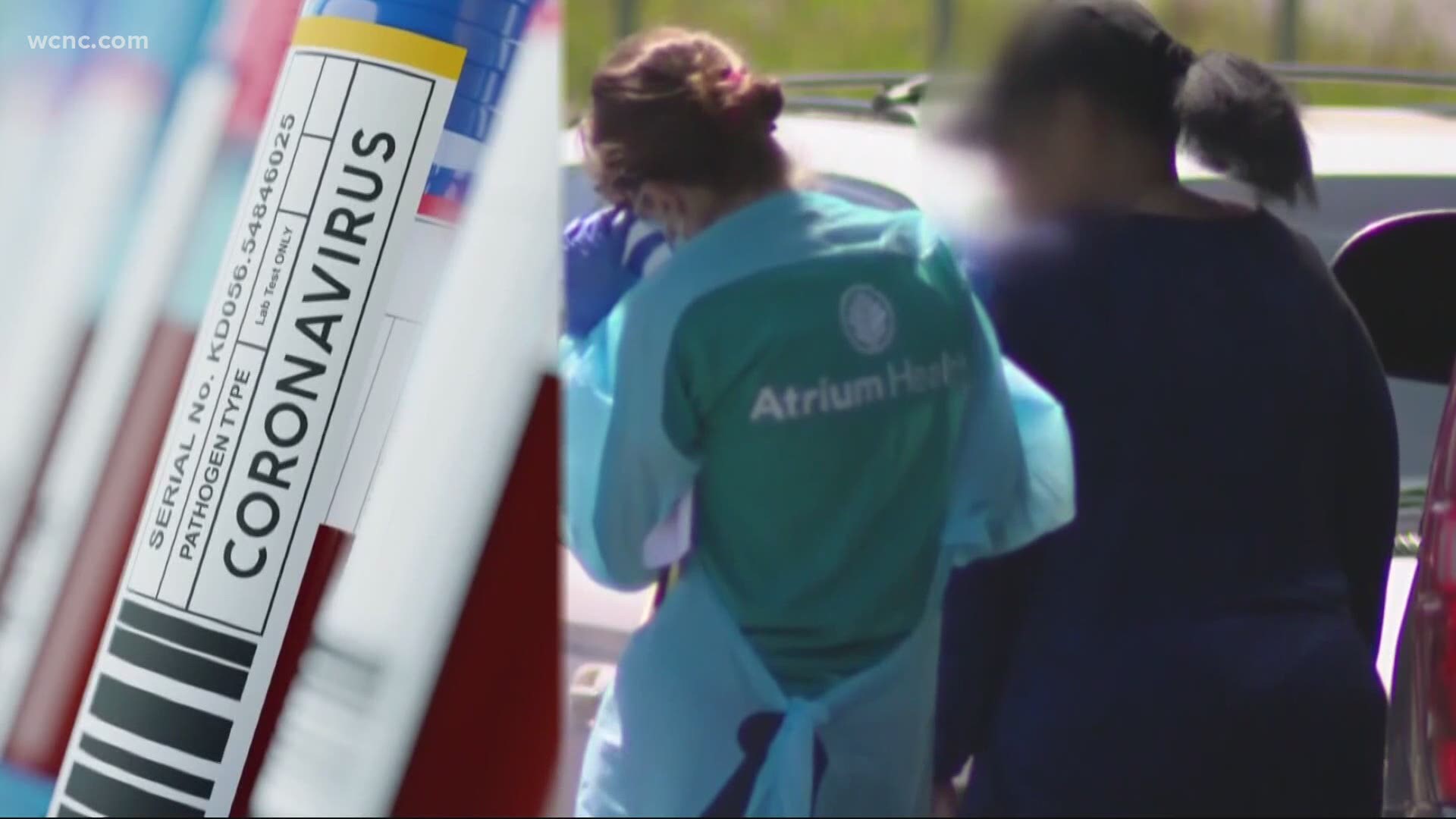 Redfield said health officials in Mecklenburg County were some of the first in the nation to discover the virus was disproportionately affecting the Hispanic/Latino community.

“I came to learn more about what they’ve learned as they’ve begun to evaluate and investigate the outbreaks in the Hispanic community, what they’ve tried, what they think might be useful to try and mitigate that transmission,” said Dr. Redfield.

Despite a continued uptick in positive cases, he said North Carolina has made a marked improvement from where it was 6 weeks ago and praised state and county leadership for implementing mask mandates and social distancing protocols.

“Obviously this is the greatest public health crisis that we’ve had to respond to as a nation in more than 100 years,” he said, “But we are not defenseless against this virus. The most powerful weapon we have is wearing face coverings while in public.”

Among the new cases being tracked by the CDC, Dr. Redfield said many are driven by infections of younger Americans, including millennials, or generation X.

“The average age has dropped by more than a decade and a half,” he said.

At the press conference Mecklenburg County’s Director of Public Health, Gibbie Harris said the county is still facing several challenges when it comes to contact tracing.

Health officials said contract tracing is key to slowing the spread of the virus, as it identifies people who’ve tested positive and then identifies the people who they came in contact with, asking them to self-isolate to stop the spread.

But when people crowd into packed bars, for example, something seen across Charlotte in recent days, Harris said it’s nearly impossible to conduct contact tracing, as a person who tests positive couldn’t identify the strangers they may have had contact within the bar.

She also said when they do make contact with someone who’s tested positive, they aren’t always willing to tell health officials information about where they’ve been or what they’ve been doing. And making contact tracing even harder, she says is the fact that test results are still taking days and sometimes even weeks to come back.

“So that’s not actionable data,” she said, “We’re concerned about that and we’re working with the state to resolve it.”