CDC fears nation could see another spike in COVID-19 cases

Healthcare professionals say the next few months could be some of the most dangerous. 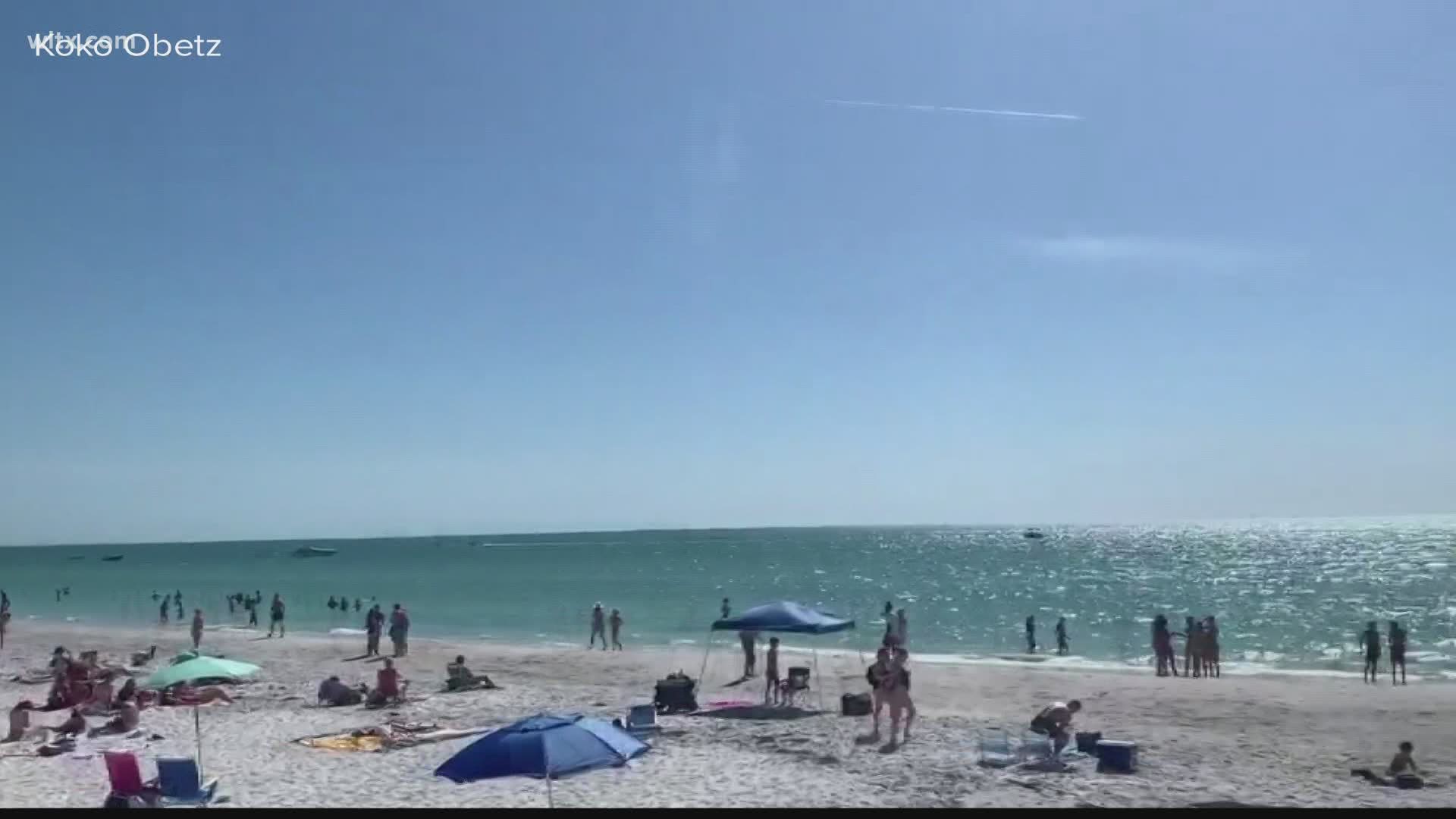 COLUMBIA, S.C. — The CDC says the nation could see another surge in COVID-19 cases in the coming months. Healthcare professionals say spring break travels could lead to a spike in cases.

While more and more Americans are being vaccinated, infection numbers are still dangerously high. According to the CDC, new cases averaged 60,000 daily in the past week.

"If we have to sacrifice the spring break for a pleasant summer, that's a sacrifice all of us, young, old, middle ages should be willing to make," Dr. Ahuja said.

USC students and roommates Koko Obetz and Ally Addy say they just returned from Florida. "My roommate and I went to Florida to visit my parents," Obetz said. "We've been stuck here for quite some time," Addy said.

RELATED: "This is war time": White House ramps up COVID-19 vaccine roll out

The roomies say their plan was to keep it small.

"We weren't planning on going with a bunch of people … because it was my roommate and I going to visit my parents, we weren't too concerned about it," Obetz said. "I think it is smarter to go in smaller groups like me and Koko did," Addy said.

"We are not at the end of the tunnel yet," Dr. Ahuja warned. "We still have a way to go." He says, "If we let our guard down now, we might overwhelm the healthcare system and be back to square one."

According to the Transportation Security Administration, roughly 5.2 million people have flown since Thursday March 11.

Dr. Ahuja says air travel should be avoided unless necessary.

"That wasn't a good time for this country, July last year, and some of the months last year were bad for the healthcare system, for people who lost their loved ones. We need to continue to take precautions."

As for the two USC students, they say their Florida trip allowed them to mentally decompress. "Definitely has been a big struggle for all of us, because when you aren't doing much, around the same people, you just feel so isolated from the rest of the world," Addy said.

RELATED: Is it safe to travel for spring break? We asked the experts