Celebrity chef opens restaurant in uptown despite challenges of a pandemic

Chef Burke admits it's a risky move, but said it's also an opportunity. 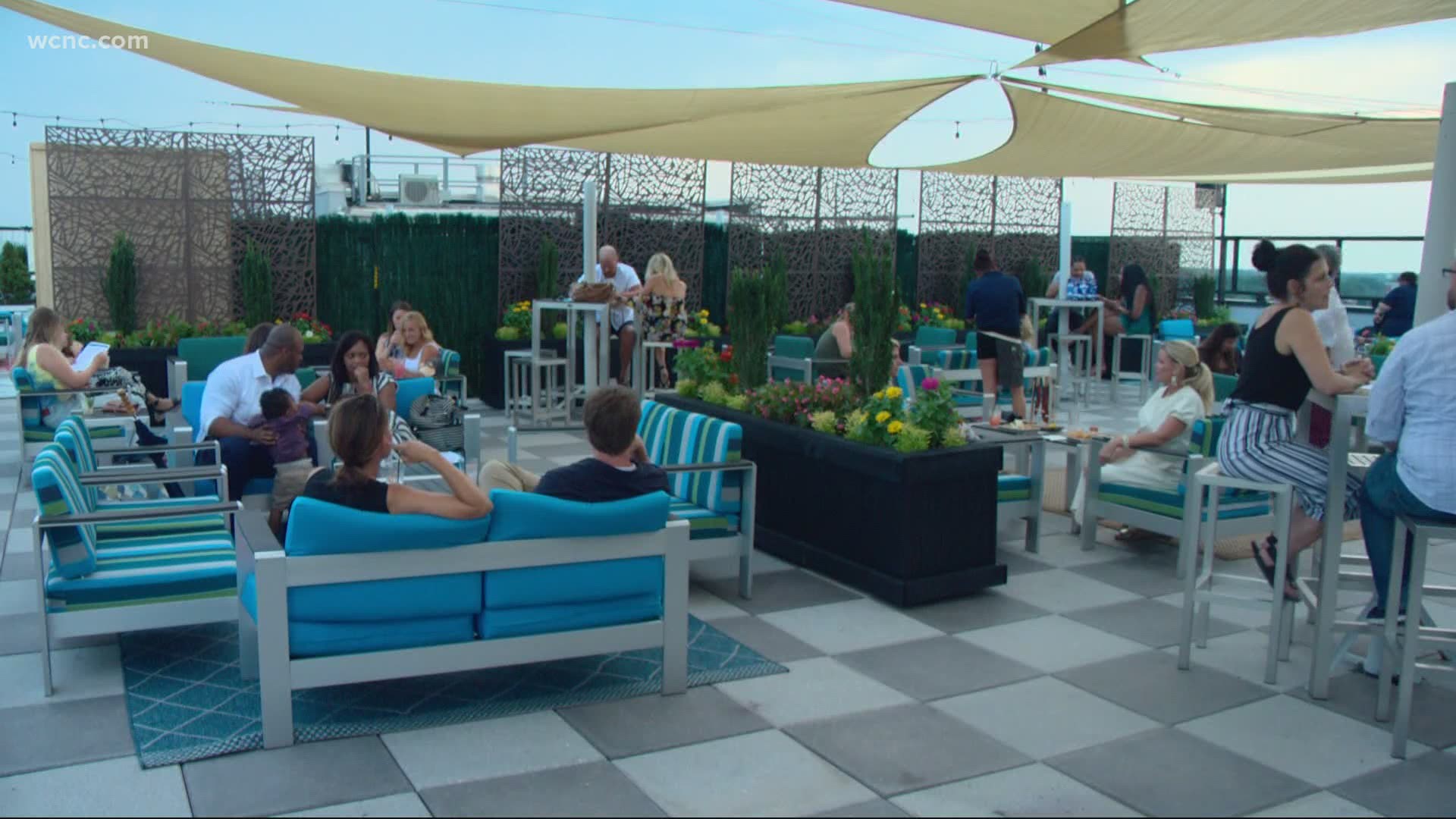 CHARLOTTE, N.C. — It's the grim reality so many business owners are facing now, being forced to close permanently.

Some Charlotte restaurants are taking a hit but a new one called Skybar, which sits on top of LeMeridian, is opening.

"Opening a restaurant is nerve-racking anyway, I've done it many times," said Celebrity Chef David Burke. "But especially during a pandemic."

Chef Burke admits it's a risky move, but said it's also an opportunity.

"Listen, you go with the flow," Chef Burke said. "You know you got to pivot, you got to do what the CDC is telling us to do."

According to Yelp, between March and June, more than 12,000 restaurants nationwide closed permanently. And thousands more are expected to shutter as well.

Opening night at Skybar seemed like a socially distant success. Servers were wearing their masks and the tables were far apart.

However, since it does serve alcohol, it will have to close by 11 p.m.

"It sucks but it's better than not being open," Chef Burke said.

Burke said the real financial impact on the restaurant industry won't be fully known for months, especially with many getting loans and aid just to survive.

He said he just hopes to start slow here and see where this restaurant goes.