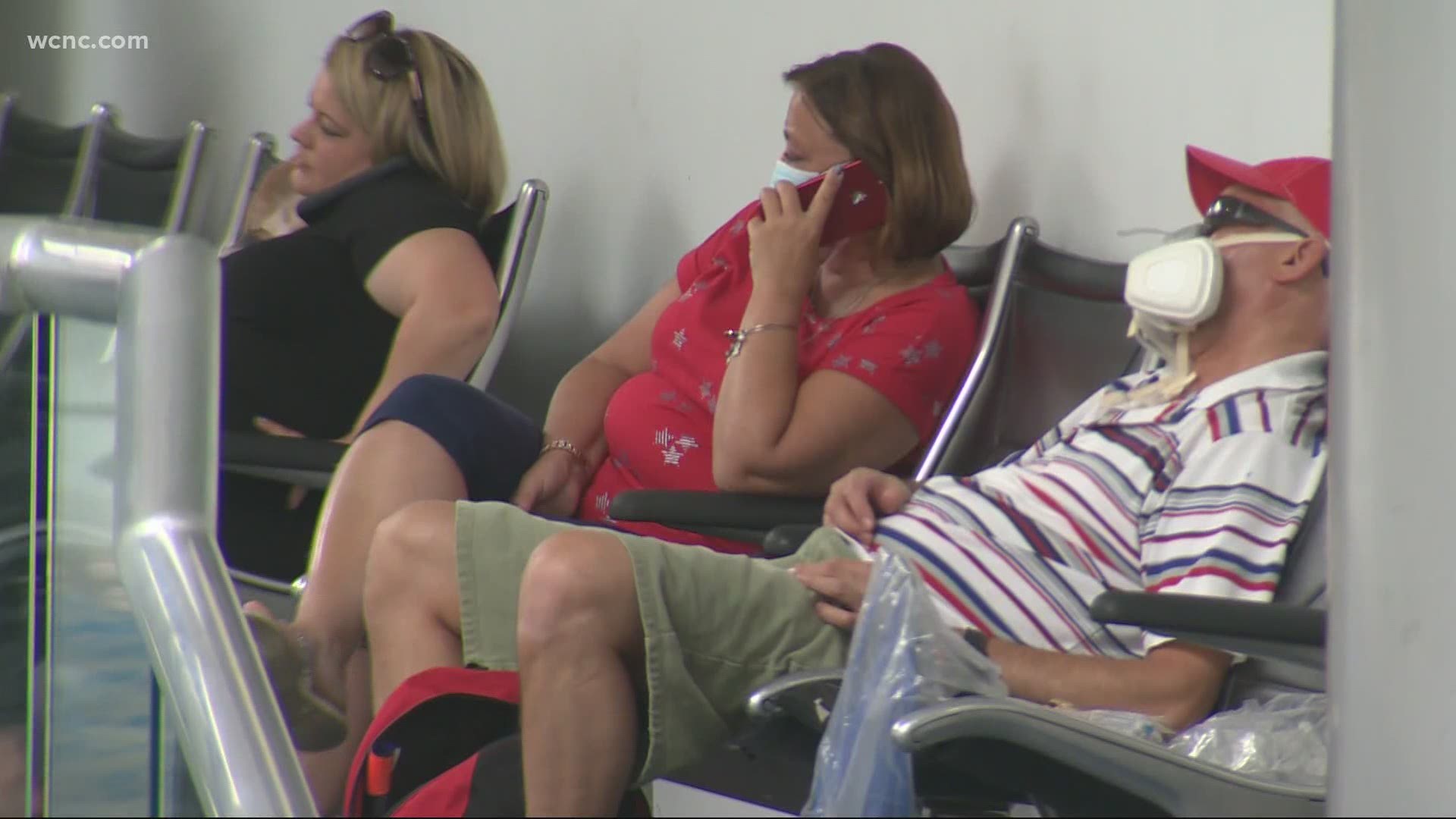 CHARLOTTE, N.C. — For frequent fliers, the coronavirus pandemic has created a bit of a perk.

“There’s a lot less people around which is nice for flying," said Stephen Tavares.

Though according to aviation director Brent Cagle, Charlotte Douglas International Airport is making a comeback.

“We’re recovering much faster than many or most airports throughout the country," Cagle said.

While that’s great for the airline industry, it’s not so great if you plan on traveling for the 4th of July weekend. In fact, Cagle recommends passengers arrive two hours early.

"People need to be prepared for that holiday weekend," Cagle said.

On one hand, Cagle said it won't be anywhere near as busy as in year's past.

"I would say that we're going to be somewhere around 30% of normal, we're projecting about 10,000 local passengers," Cagle said.

However, Cagle said they also have fewer staff members.

"Staffing is diminished right now, there are not as many TSA Checkpoint lanes open because of COVID-19," Cagle said.

Cagle said passengers will also notice that masks are required at the airport, staff will be cleaning more regularly and people are asked to social distance as best as possible.

"We need people to be patient and understand that the airport will be busy,” Cagle said.

Passengers like Kathy Ruggio, who is flying back to Chicago during the holiday weekend, said line, or no line she's just happy to be back in the air.

"I missed flying,” Ruggio said. “I have no worries. I feel good."

Cagle said if you arrive at the airport and don’t have a mask, airport staff will give you one for free.

RELATED: How risky is flying during the coronavirus pandemic?

RELATED: Starting July 1, some American Airlines flights will be booked to capacity