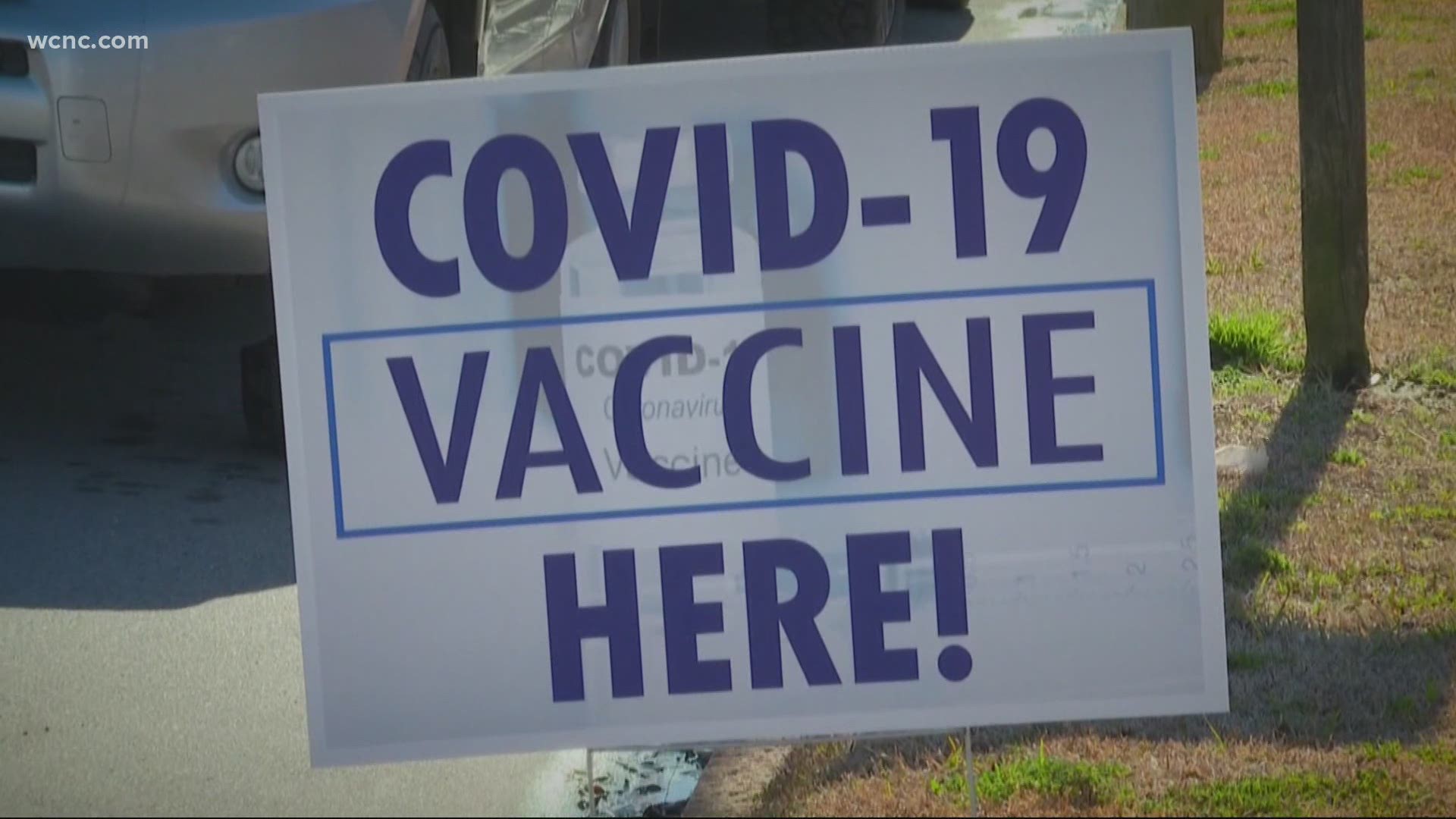 CHARLOTTE, N.C. — A new Centers for Disease Control and Prevention report notes the importance that vaccine providers monitor people for anxiety responses in addition to allergic responses following COVID-19 shots. The CDC says the monitoring should happen in the 15 minutes after vaccination.

The report concluded that after analyzing dozens of fainting events following the administration of the Johnson and Johnson shot earlier this spring.

According to that report, five mass vaccination sites reported 64 anxiety-related events, including 17 events of fainting, after vaccine administration. Four of those sites paused out of precaution while the matter was investigated.

While the fainting after J&J was reported at higher rates than with the flu vaccination, the CDC states that fainting can be a normal reaction with any shot and largely has more to do with the person than the vaccine.

The CDC said while the fainting cases in question followed J&J shots, coincidence is likely. It notes that the reports came after eligibility expanded into younger groups, which are more likely to have fainting reactions. It also states that the single-shot J&J vaccine is more likely to appeal to people who are scared of needles. The CDC says there is also a heightened general anxiety about the pandemic.

Furthermore, the CDC states "an anxiety-related event witnessed by others on-site... might provoke additional anxiety-induced episodes."

"They go to a special area; we recline them. It's almost like a first-class lounge. They are vaccinated in the chair and observed in the chair," Wohl said. "I think it is a lot of anxiety, which I understand, but I don't think the fainting instance is due to any ingredients in one vaccine versus another," Wohl said.

Fainting & other anxiety-related events can occur after administration of any vaccine. A new @CDCMMWR shows that fainting was more common after Johnson & Johnson’s Janssen #COVID19 Vaccine than after flu vaccination. Learn more: https://t.co/QcfPCviXPH. pic.twitter.com/y7ru4nSOCi

The CDC recommends the following measures to prevent fainting: