Several hundred people were expected to attend a the event at the Clarion Hotel in Fort Mill. 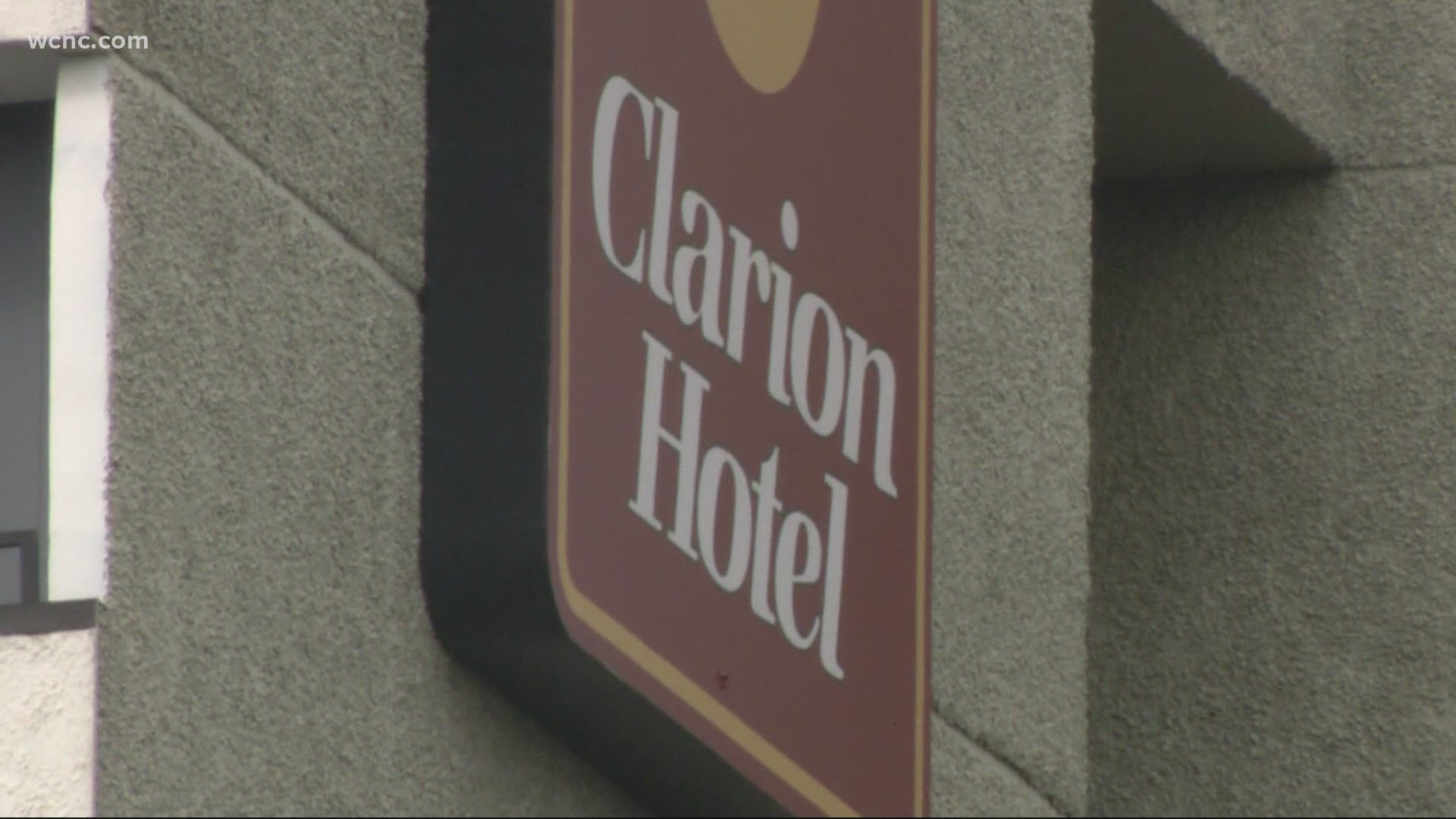 FORT MILL, S.C. — A ‘hotel takeover party’ originally set to take place in Fort Mill Saturday has been canceled following potential backlash from the community, a spokesperson for the event's venue confirmed to WCNC Charlotte.

As coronavirus cases continue to surge across the Carolinas, several WCNC Charlotte viewers contacted us to express their concerns over what they said could have been a super spreader event.

According to the event's website, several hundred people were expected to attend the 'hotel takeover party' at the Clarion Hotel, located across the street from Carowinds on Foothills Way in Fort Mill.

Note: The event organizer's website has been taken down since this story was first published.

The events page described multiple party floors, alcohol, and ballroom parties featuring DJs. The event's website noted that rooms at the Clarion were ‘sold out’ and that overflow rooms were available at the Best Western Hotel located next door.

After WCNC Charlotte learned of the event, reporter Ashley Daley sought to find out how South Carolina Governor Henry McMaster's executive order is enforced at the local level, or if the restrictions are even possible to enforce at all.

The spokesperson for the Town of Fort Mill said the hotel was outside the town’s limits and therefore fell in the jurisdiction of the county. The county spokesperson never responded to inquiries as to whether the county council was aware of the event or not.

In South Carolina, there are no county health directors. Health matters are handled at the state level by DHEC, so we then reached out to York County Emergency Management, who referred us to the South Carolina Law Enforcement Division (SLED).

SLED said any law enforcement agency in the state of S.C. can enforce the governor’s current executive order -- local or otherwise -- if they receive complaints that someone is in violation.  SLED said what measures that agency takes to 'enforce' the restrictions is at their discretion.

COVID-19 restrictions implemented under the order on November 25 limit gatherings to 50% of a location's capacity, and are not to exceed 250 people. For events exceeding 250 people, the S.C. Department of Commerce requires an application be filed seeking approval, which they say may be given after consultation with DHEC health officials, assuring the event can be held in compliance with the executive order.

Friday, the S.C. Department of Commerce said event organizers had not filed an application to host their party at the Clarion.

We also reached to the York County Sheriff’s office. A spokesperson for the agency said they were aware of the event and that, “Our response will be complaint-driven and our enforcement will be based on those complaints.”

Then late Friday afternoon, a hotel spokesperson called WCNC Charlotte to notify our newsroom the event had been canceled.

The spokesperson for the Clarion Hotel released the following statement:

"I've been told to call and update regarding a story you all are doing on an event here tomorrow. We have some safety COVID concerns and there's potential backlash to the event we do not want. We have canceled the event."

Organizers of the event confirmed the cancelation on their website. The updated webpage said attendees would be receiving refunds. Organizers declined an opportunity to speak with WCNC Charlotte, saying their counsel had advised them not to comment.